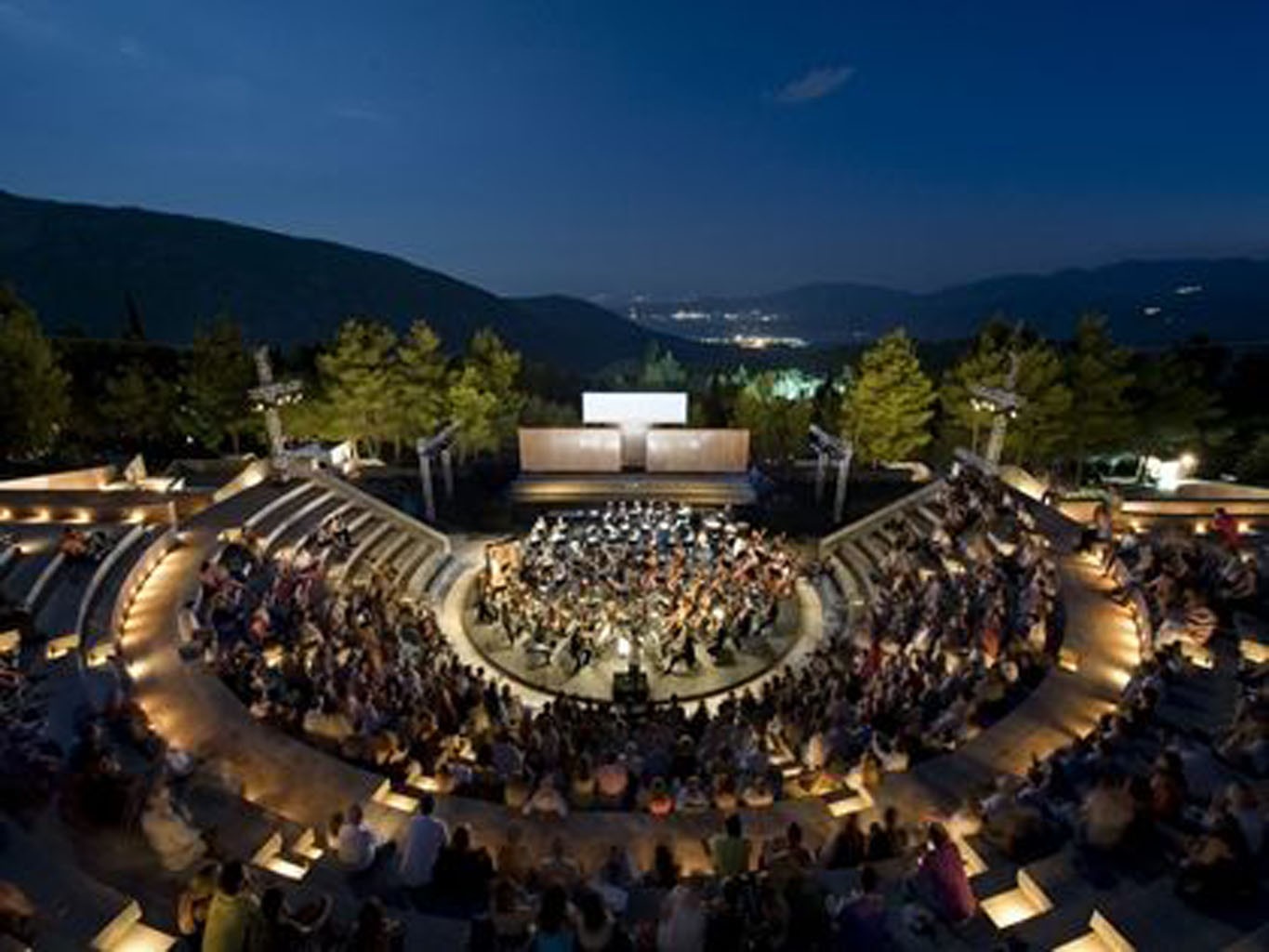 Almost 30 years of life, measure the international meetings of theorists and researchers of the ancient theater, cultural events in Delphi are organized every two years by the European Cultural Centre of Delphi. By 2004, the actions of the symposium took place at the ancient theater and since 2005; they are hosted at the outdoor theater “Phrynichos” that belongs to the European Cultural Centre of Delphi.

During the 13th International Meeting of Ancient Drama, in 2007, as part of the cultural events in Delphi, started the meetings of new artists, with the aim of interaction of the young artists with the great teachers of ancient drama involved in the meetings. In 1994, the Sculpture Park is created with a permanent collection of modern art.

Apart from the cultural events in Delphi, the European Cultural Centre organizes a two-week training program each summer with participants from around the world. As part of the seminar, the participating teachers have the opportunity to learn ancient Greek.

The cultural events in Delphi include a number of events: theatrical performances, ancient tragedies, musical performances and concerts that last all summer attracting many visitors and the elite of artists. The majority of events take place in the ancient theater of Delphi, in a unique environment that brings the viewers into contact with nature and history.