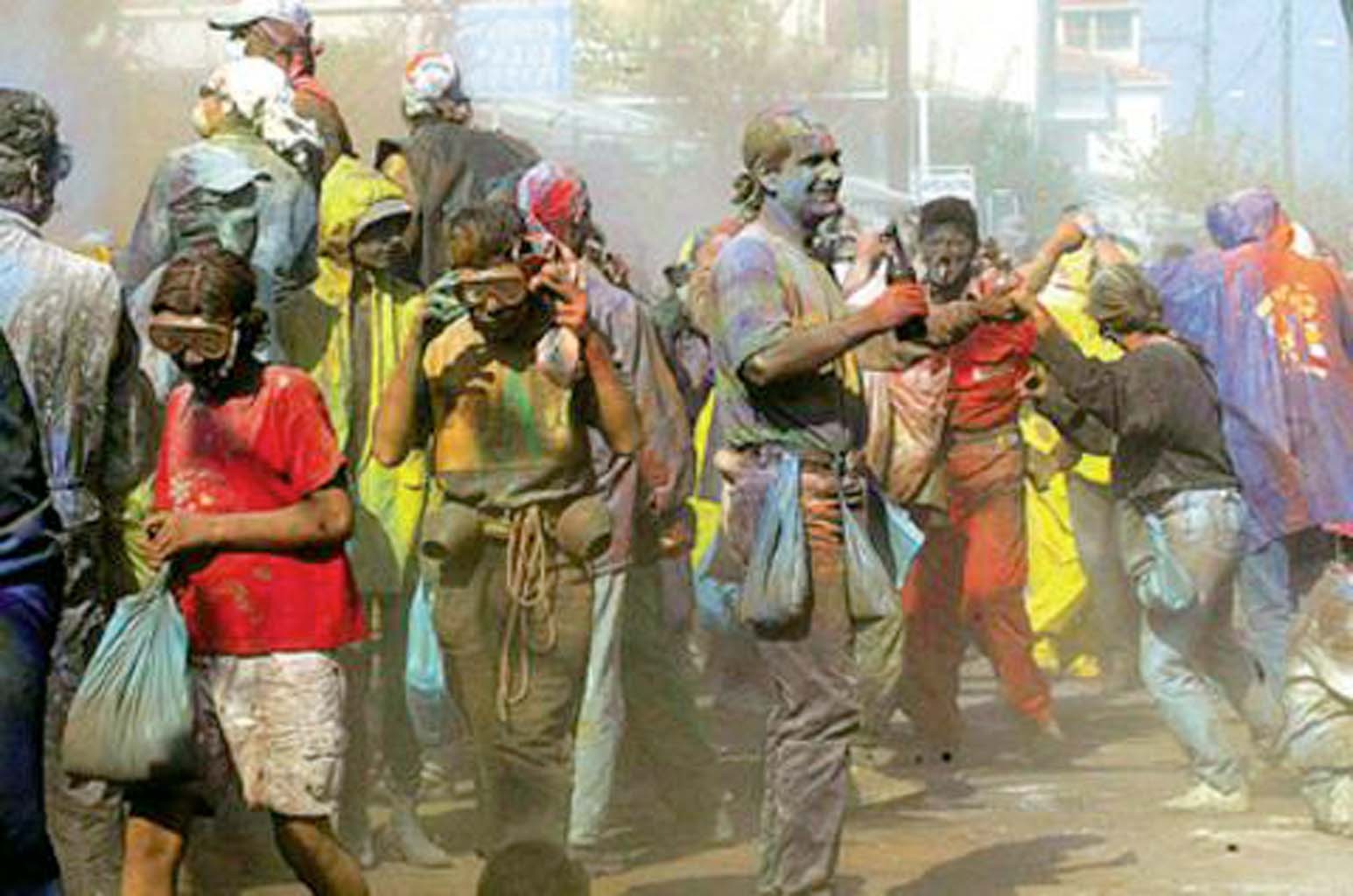 A lot of flour, soot, whatever else similar you can think and … fire! The “flour war”, the Flour Smudging in Galaxidi begins the afternoon of Shrove Monday and it is the culmination of celebrations of Carnival. Young and old, young and … older, covered with coveralls, masks, scarves, hats and bags with the “ammunition” on the hand, they descent the narrow streets of Galaxidi, throwing each other confetti and flour until they are all and all colorful! There are not known and unknowns here, in flour smudging, everyone is a company!

Destination is the port, where the “battle” peaks until evening, that fried fighters move to the makeshift festivals in the squares and narrows. Music at flour smudging does not stop and except from the known carnival, here the bells stand out, horns and drums accompany the convoy, while among the participants you will see and rickety, painted cars, the “floats” which carry them! The flour smudging doesn’t stop unless the painting of the harbor, even if the sea, colorful, like everyone is here.

The custom of flour smudging holds centuries, since its beginning is difficult to be explored. Just since1801, the English traveler Dontgouel notes the eagerness of the enslaved from Galaxidi for preparation of the celebration. The explanations for its origin are two: whether it is the custom of Sicilian that was copied by the globe-tottering sailors of Galaxidi or a tradition that goes back to the jesters of Byzantium who used to paint their faces with soot. In any case, the current Galaxidi continues with great pleasure the tradition and it is certain that if you come here in those days you would have fun with the flour smudging … till the final fall!

Do not worry about ammunition, as the flour is a donation from the municipality, while jumpsuits and other accessories of “armor” are existed in the shops of the city.