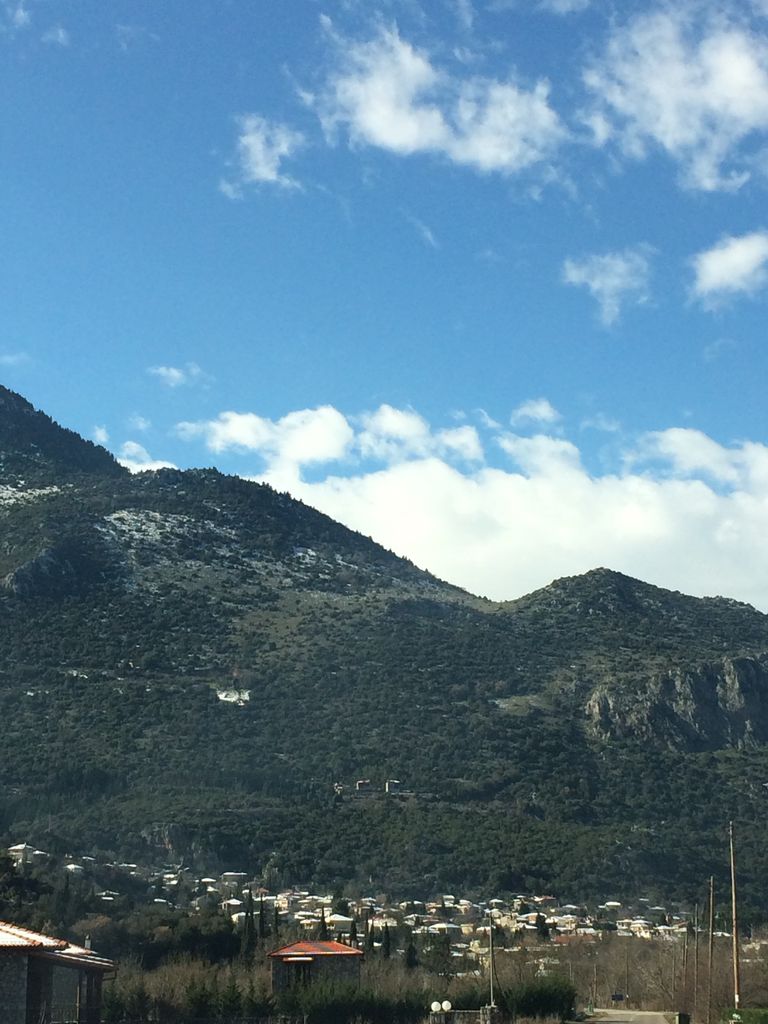 Unique landscape, beautiful forests, wild and rare animals, a history that disappears in the passage of the centuries. All this for Gkiona, the highest mountain in Central Greece, with the top Pyramid reaches to 2,510 meters. It took its name from the populations of the bird “gkionis” living here since the antiquity.

In ancient texts, Gkiona seen as “Aselinon Oros”, because according to the legend, when the demigod Moon wanted to meet her lover Endymiona who lived here , leaving the sky without moon and was hidden with him in the peaks and the forests of Gkiona .

Gkiona is ideal for many activities in nature. Countless hiking trails for beginners or experienced climbers visitors, mountain bike and climbing in unique fields on its slopes.

Gkiona is considered as one of the most beautiful mountains of Greece, but also the most important because of the scarcity of flora and fauna which are found here. More than 60 plant species have been recorded: Ropes, cypress , holly , oak , dense forests of fir and numerous wildflowers in vast meadows near the tops .

On slopes of Gkiona, including the slope of Plaka, exceeding in length the 1000 meters, the chamois lives in the area, which is not found in any other mountain in Central Greece. Wild boars, hares, deer, coyotes, weasels, squirrels, foxes and wolves – at the most southern point of the country that somebody can watch them. The stories of the shepherds of the mountain who talk about bears that drop down here, but there are no formally documented such appearances. In lush meadows of Gkiona you will still find numerous goat herds to graze.

The avifauna of Gkiona is also extremely important: here mate and breed rare raptors and woodpeckers. Harrier eagles, ospreys, golden eagles, buzzards, vultures, dendrogerakes , partridges and chourchouristes are just some of the flying you will find on your way…or rather in the sky above you!

The bauxite is the answer to the number of mines that you meet during your walks in the mountains. Gkiona is one of the two mountains in the country (the other is Parnassus) which is rich in the raw material of aluminum. Mining for coal mining are mainly in the southern slopes of the mountain.

The canyon of Reka

The gorge of Reka is in total 45,000 acres and in order to traverse by foot one faces a 13 km route. In about the one third of the canyon flows an impetuous torrent, one of the few in Gkiona, considered relatively an arid mountain. On the bank of the river and near the springs that you meet on yours way, you will find trees and willows.

Gkiona the fights of the Greeks

The massif of the mountain was used by the thieves’ guerillas and was a battleground in May of 1821, when the forces of John Gkouras defeated the army of Omer Vryonis. During the Second World War, the rebels of Gkiona destroyed the occupation forces in battle of Kourouta, as says the famous guerrilla song:

In arms, in arms forward in the fight

The villages are built on the slopes of Gkiona are beautiful, traditional among the firs and nature: Viniani, currently owned to Prosilio, at one end of the Gorge of Reka, Kaloskopi with endless views and of course , Amfissa , built at the foot of the mountain.