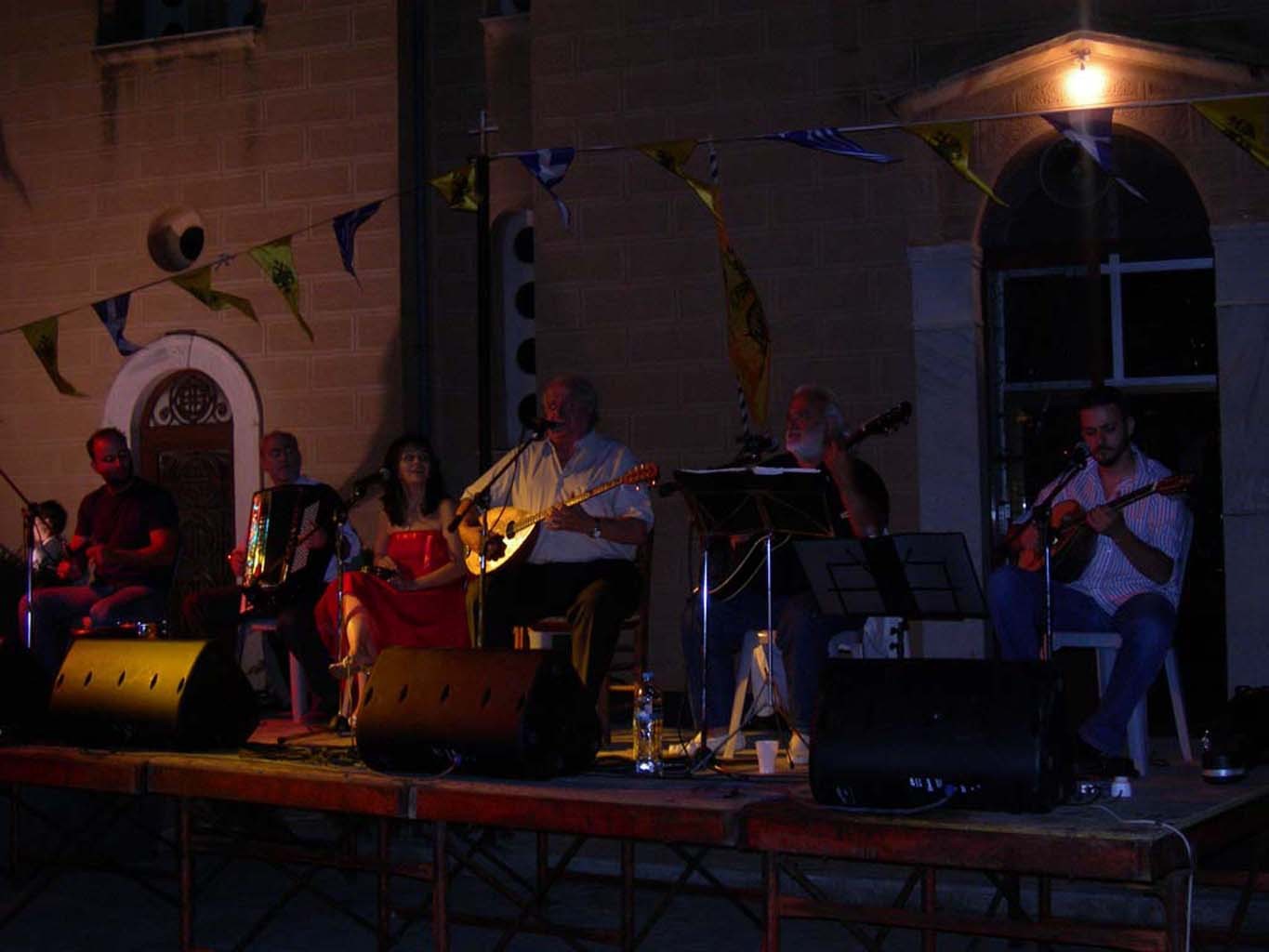 Cultural festival of many days, Skarimpeia took place ​​in honor of the great Greek poet and writer John Skarimbas.

Skarimpeia are realized ​​annually in Agia Euthumia of Parnassus, the birthplace of the writer and it lasts about ten days. In the festival, concerts are presented, lectures occasioned by the work of Skarimbas and theatrical events. Sporting events took also place in Skarimpeia: football tournaments, bicycle races, games for young children, but also many activities that bring together young and old with the work of the poet, the nature and the environment of the area and its rich history.

John Skarimpas was born in Agia Euthumia of Parnassus, in 1893, and he lived most of his life in Halkida. He was among the leading figures of the Greek literature and he is considered one of the pioneers of surrealism, elements of which he used to all his forms of writing. He published collections of poetry, literary short stories and novels, but also particularly successful plays. For example here are mentioned: Mariampas, novel (1935), Oulaloum, poems (1936)  Eaftoulides, poems (1952), The sound of the bell, theater (1951), The Apprentice of heels, three novels (1961), Voidangeloi, poems (1968), The ’21 and the truth, The deck and the Milkmen , historical essays (1971-1977), The ’21 and the aristocracy, history essay (1978), the Chevalier Serbian of Lady, theater (1971), The Patrol Z, short story, Chronicle of the First World War (1972), Getaway ahead, novel (1976), Three empty chairs, short stories (1976), Brain-teaser in heaven, anti-short stories (1979) and others.

John Skarimpas considered Karagkiozis as a genuine sample of folklore that appreciated and respected: he was made figures and put on stage amateur performances at his home and in 1977 he wrote the performance entitled “Anti – Karagiozis the Great”.

Today in Agia Euthumia, except from Skarimpeia, is rescued the parental home of poet, which functions as a museum.