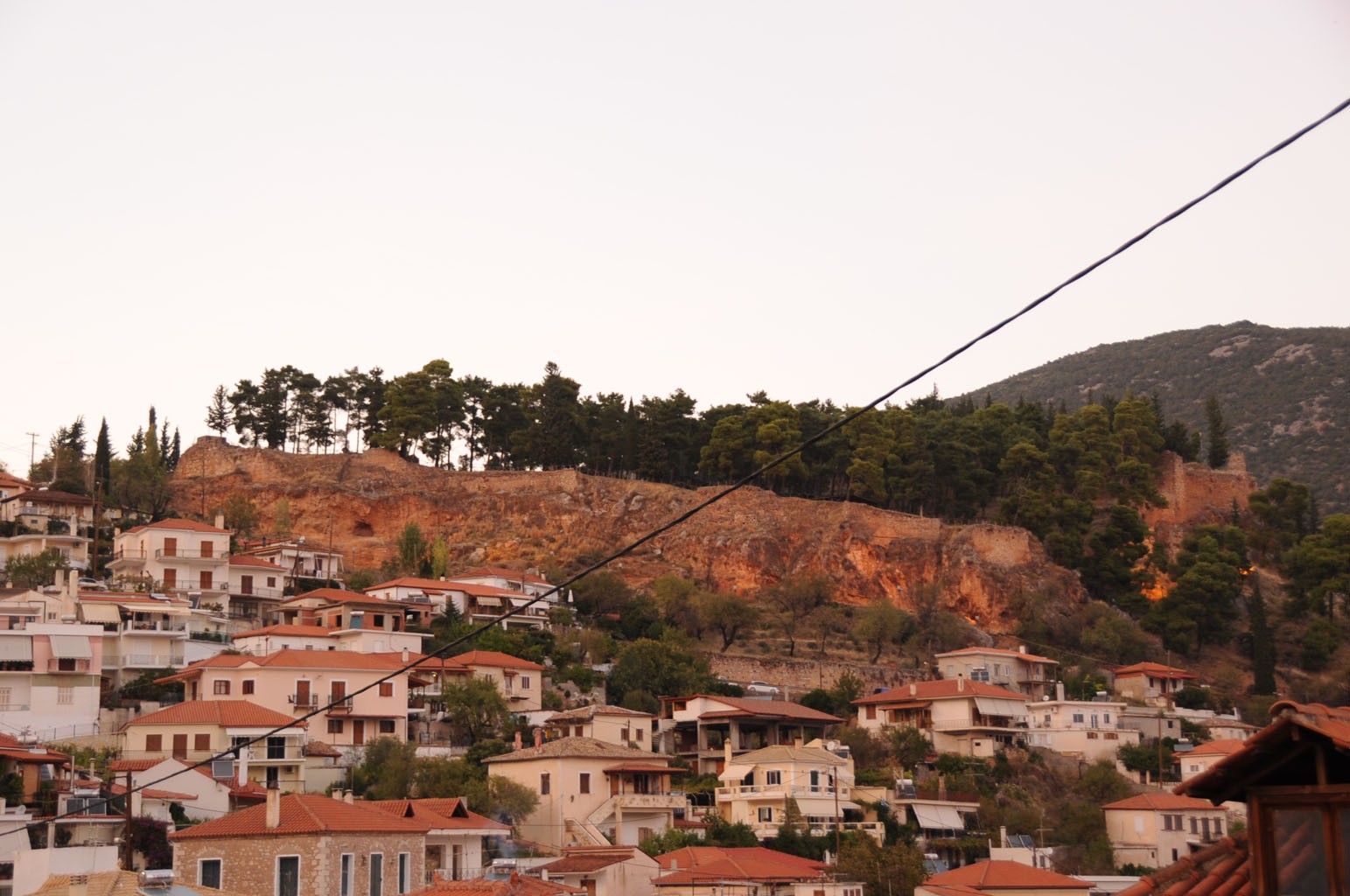 The Castle of Amfissa is the attraction of the city that you must visit, just to admire the great view of the famous olive grove – a unique landscape!

Built on a steep cliff, just above the town, the Castle of Amfissa became a refuge for its residents whenever they wanted to be protected from all sorts of besiegers. Ancient Greeks, Romans, Bulgarians, Catalans, Franks and Turks passed through here; they left their mark and strengthened the Castle of Amfissa with their own techniques.

The fortification wall has a length of 650 meters and covers an area of ​​20 acres, where there are saved several buildings of the Frankish period mainly and high trees that give a special touch to the image. The boulders of the Pelasgian period, the ruins of churches of the Franks, the Byzantines and the Romans, two round towers of the Byzantine period (the best preserved even called “Tower of the Queen”) and several of the gates of the Castle of Amfissa are preserved until today. Pausanias mentions that here is existed, in ancient times, the bronze statue of the goddess Athena, who had been brought by the King of Aetolia, Thoas of Troy.

The Castle of Amfissa was the first that fell to the Greeks revolted in 1821 – then it is called Castle of Salona. The siege began on 27th March of ’21, a few days after the start of the Revolution. The Turks stood about two weeks and in 10th April, at the same day of Easter, the castle was captured by the Greeks under the chieftain Panourgias. The heart of Roumeli had felt, leaving in the insurgents as spoil the armature of 600 Turks who had been capitulated after the victory of the Greeks, which was an important fact for the continuation of the struggle. During the war, Salona is reintroduced into the hands of the Turks, in order to give up under Dimitrios Ypsilanti, in 1829.

The Legend of the Castle of Amfissa

The Castle of Amfissa is known as the “Castle of Oria”, i.e. of the Beautiful and the tradition has a detailed explanation for this.

Seraphim incited the Christians against him, requesting the assistance of the Turks he causes rebellion. Papa-Stratos killed Areti and threw it over the cliff of the castle, while a variation of the legend tells that Areti escaped and jumped from the rock to not be caught by the besiegers. The Turks occupied the Castle and maintain it from then until its conquest by the Greeks of Fighters ’21.

The vertical rock on the northwest side of the Castle of Amfissa is called “The skipping of princess”, from the reverse of Areti, or perhaps of others because of Mary, daughter of Helen Katakouzenos and also last princess of the castle.