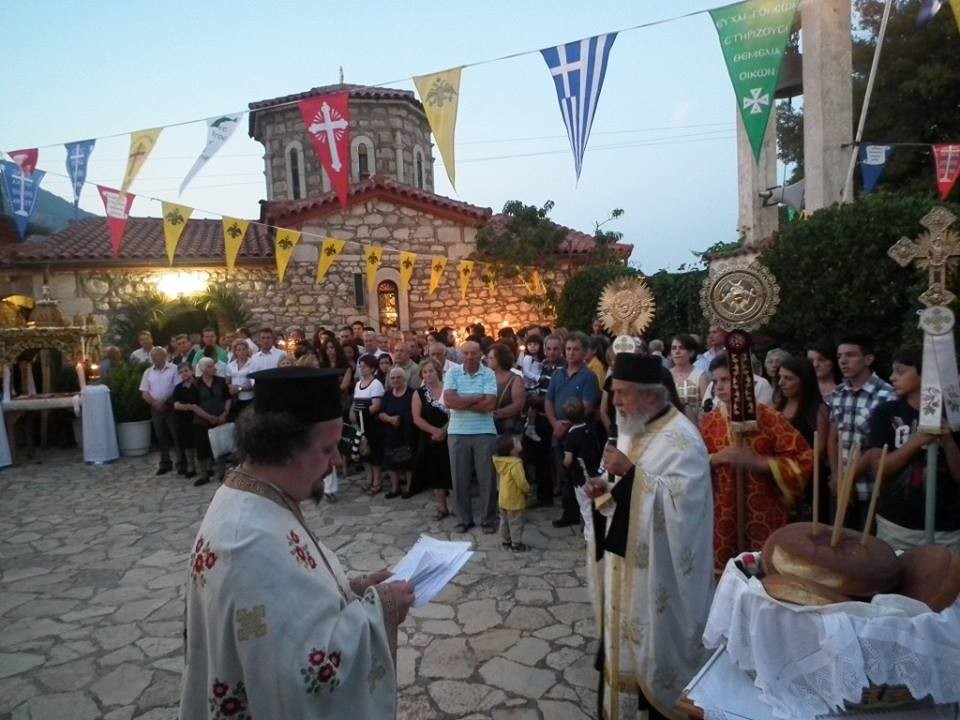 One of the most historical monasteries of the area, is Panagia Trivolou located at an altitude of 1000 meters from Gkiona, just outside the village Prosilio, also known as Segditsa. It is estimated that already in the early Christian times there was here a church, which was destroyed probably during the iconoclasm and the current building was constructed, in the early of 18th century.

The Virgin Trivolu is a cruciform church with a dome, decorated with byzantine hagiographies of inestimable value, as they were created with style al fresco, extremely rare for the area.

The legend says that the image of the Virgin Trivolou was found accidentally by a shepherdess in rock of Trivola, from which it took the name … strange name. In the 18th century, monk Gerasimos Lytsikas lived in the monastery and he was one of the most important saint teachers of the gender. He has taught Kosmas the Aetolian and Isaiah, Bishop of Salona . Shortly before the Revolution, the Virgin Trivolou has granted as shares in Metropolis of Kalavryta, where it belongs administratively until today.

In the interwar period, the residents of Amfissa used to come to the area around the monastery of the Virgin Trivolou and having their holidays, while later were built here and regular holiday homes. The excellent climate, the high plane trees and the abundant – and for many therapeutic – water of Kalogerovrisi, make the place ideal. The monastery celebrates in the 15th of August, when a big festival takes place.

The Monastery of Virgin Trivolou is no longer manned. The last monk, the famous monk Chrysanthos, has died shortly before the outbreak of the Second World War. The cells and other facilities were burned shortly thereafter by Italian and they were rebuilt after the war.

In order to visit the Virgin Trivolou, except from the celebration, he should contact with the responsible of the ecclesiastical committee Mr Vasileios Malamos (6974905589).