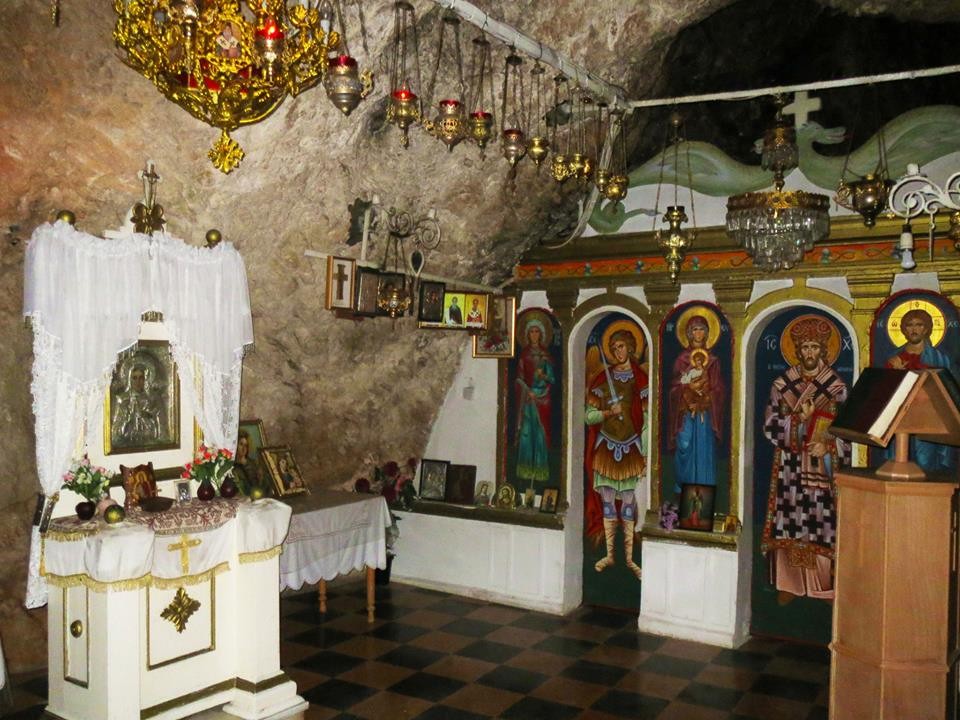 On the way to Kini of Syros, one kilometer before the entrance of the village is situated the convent of Agia Varvara. It’s worth a visit for its excellent horographies paintings depicting the life and martyrdom of Agia Varvara, hagiographic from the monk Joachim Politis, who has built the church.

As said, the Elder was self-taught and however his hagiographies cause awe to the visitors. In 1942, the Elder has died, leaving unfinished the column of Agia Varvara depicted Agios Savvas and the opposite to Agios Christopher and Agios Georgios.

The original church of Agia Varvara and the monastery that were rebuilt in 1900, was smaller. In 1918, the Elder and nuns took down the image of Agia Varvara in Ermoupoli making litany and vigil in the square Miaoulis to save the inhabitants of the Spanish flu. According to the religious tradition, the miracle has happened and the lethal disease has gradually begun to recede. Then, they managed with donations to collect a significant amount and start the building of the larger church of Agia Varvara, who was about two years later.

From 1942 to 1995, the Monastery of Agia Varvara has functioned as an orphanage for girls, even reaching up into it an elementary school with 30 students.

The Monastery of Agia Varvara operates by nun as workshop and showroom for sales of weavers.