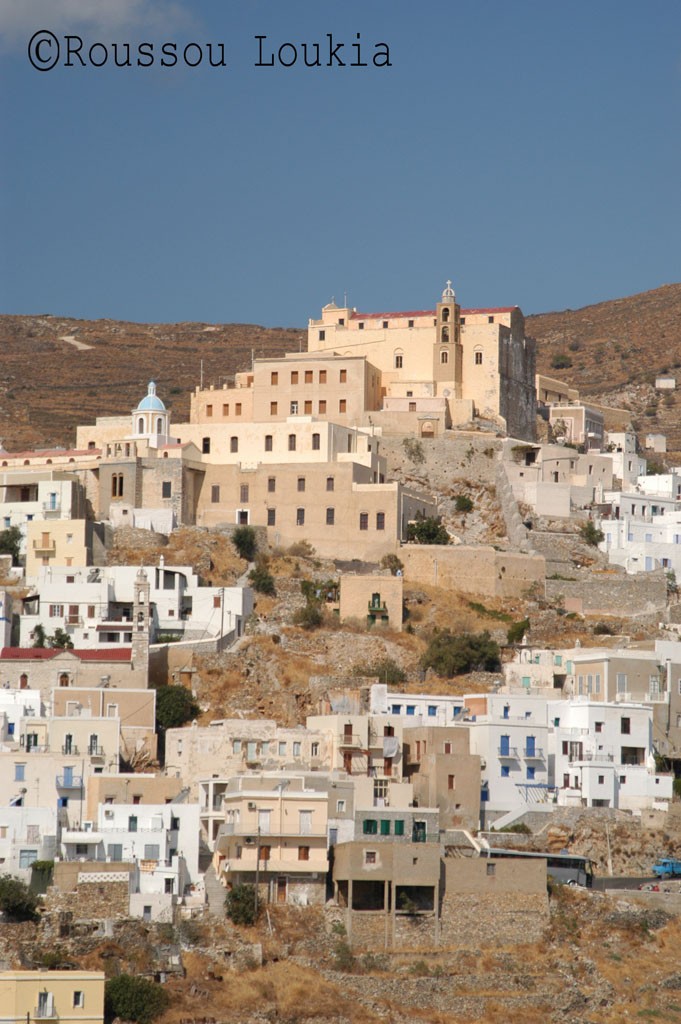 The Metropolis of Catholic Diocese in Syros, Agios Georgios (Saint George), dominates in the highest point on the hill of Ano Syros. The church was built around 1200 and has since received numerous renovations. In 1617, it has completely destroyed by the Turks and was restored for the last time in 1834, to plan the Tinian architect Chatzisimos, stretch westward and positioning bases in 10 old columns. The three-storey belfry of Agios Georgios (Saint George), was completed in 1855, and later had to be rebuilt, as it has severely damaged by lightning.

Agios Georgios (Saint George) is a three-aisled basilica with two rows of marble columns. The most impressive parts of its interior are marble floor of the Tinian sculptor, the carved paneling and statues of saints at the entrance by Italian sculptors of the 18th century.

In the interior of Agios Georgios (Saint George) is kept the image of the saint, the image of Our Lady of Hope, and the portrait of Bishop Andrew Kargas, who was hanged by the Turks with his secretary.

In the complex of Agios Georgios (Saint George) is included the church, the Belfry, the Baptistery (Chapel of the Holy Cross) that was built in 1703-1707 and it is a single-nave church with a semicircular dome, Sakrestia (sacristy), the Hospitality room, the building of the Historical Archives (formerly Seminary or Seminar), the Episcopal palace (in the south of the church), the ruined house (NE of the church) and the surrounding area.