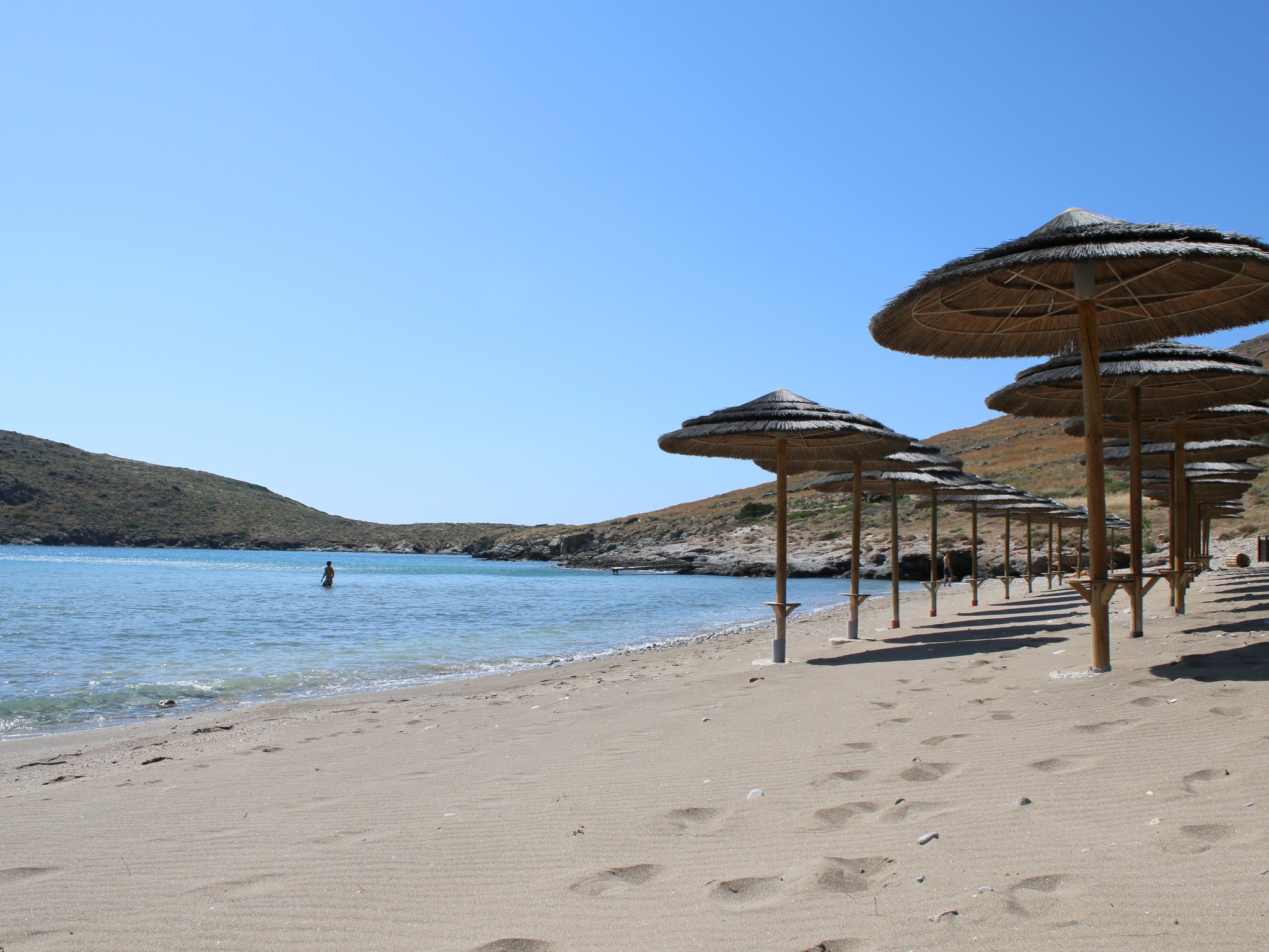 In Syros, north of the village of Kini, approximately one kilometer and west of Ermoupoli, which is at a distance of 11 kilometers, is the Beach Dolphin.

In Beach Dolphin, dominate the pebbles, although in the right side of the beach there is a sandy passage for those who have difficulty. It contains umbrellas and sun beds, facilities for water sports along the beach at Dolphin there are taverns to try one fish or other local delicacies of Syrian kitchen.

To get to the Beach Dolphin follow the road to Kini and then there are two choices: either you turn right before the village or to get to the beach at Kini and then follow the coastal road. In the second case, one can reach the Dolphin by foot after walking about 20 minutes. The drivers will be good to know that the last 900 meters to the beach made ​​by a dirt road. For the Dolphin there is another option that with itineraries by vessels started from Kini.

Due to its location, the Beach Dolphin is protected from the northerly winds prevail during the summer months in Cyclades.