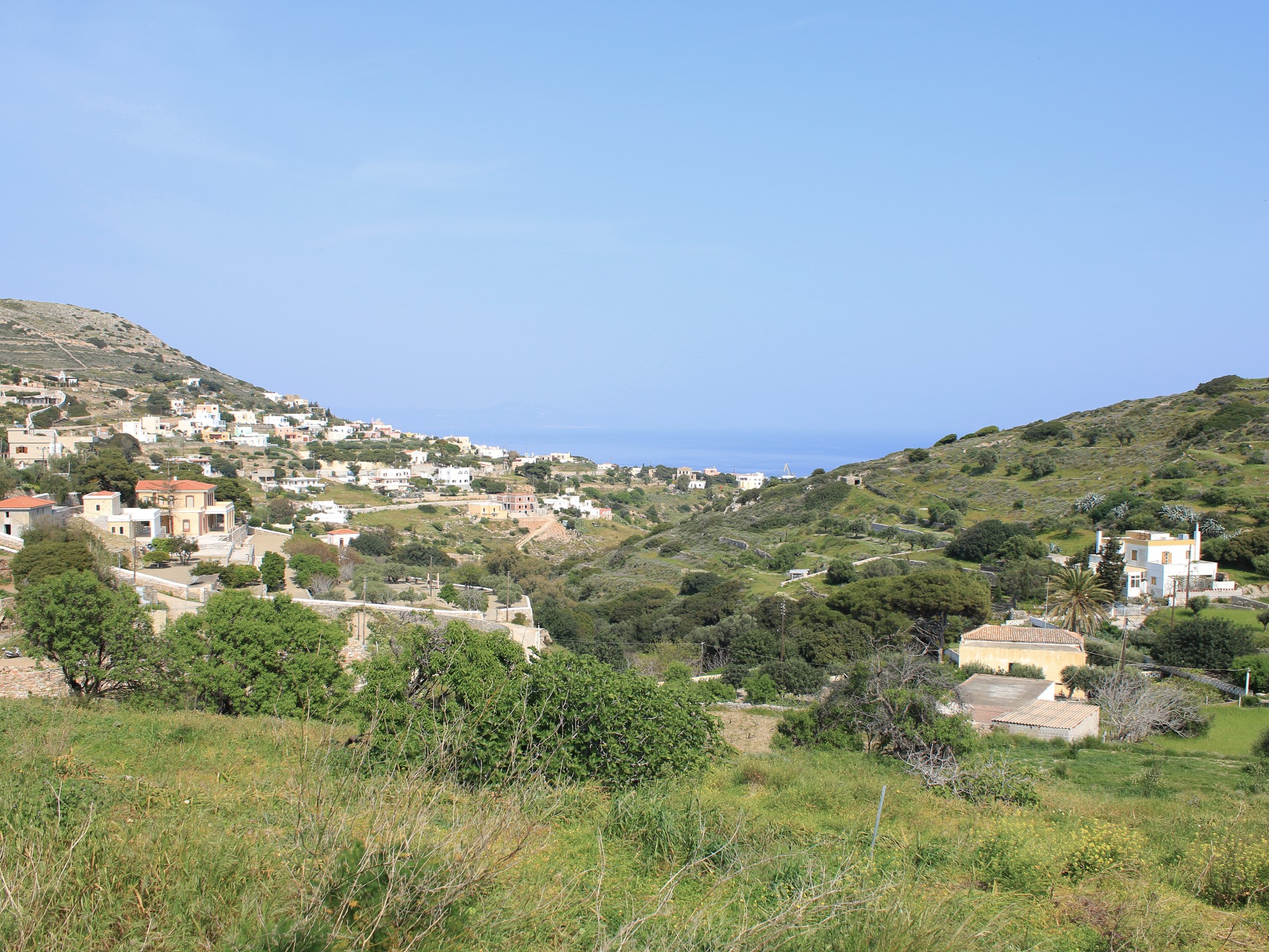 Episkopeio is a village of Syros located in the center of the island and is just 4.5 kilometers from the capital Ermoypoli, on the road to the village of Kini. However, Episkopeio (you will hear the locals say it and Piskopeio), belonged until 2010 to the municipality of Ano Syros and today in the homonymous Municipality Area. It has about 500 permanent residents.

On the slope of the green hill of Episkopeio have built their holiday villas the first rulers of Syros, in the 19th century, and since then are considered one of the resorts on the island. At the top of the hill stands out the church of Prophet Elias, from where the view is endless, but the most famous church in Episkopeio is Panagia Piskpoiani or Protothroni, which was built in 1624.

Episkopeio was the first seat of the Metropolis of Syros, so it was here the residence of the Bishop, who gave his name to the village. Today from this building of the 15th century remail only the ruins.

In the boundaries of of the village there is the “red house”, a painted red house that feeds one of the most famous legends in Syros – it is said that has even inspired Manolis Karagatsis to write the novel “The Great Chimera”, which recounts the story. The daring of Episkopeio argue that if one approaches the red house, hears tears, screams and laughter from its residents…