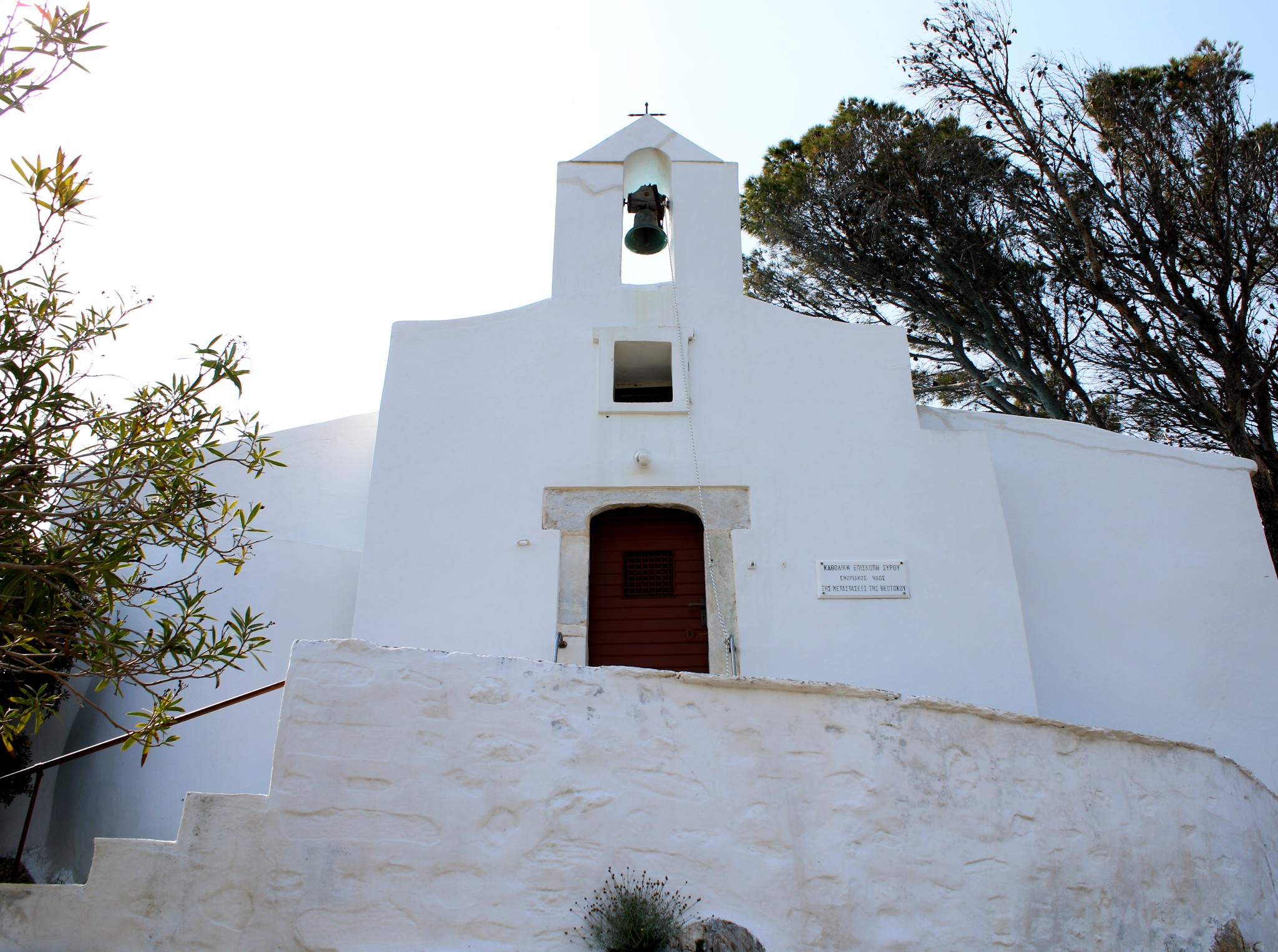 The Lady Episcopiani (or Piskopiani) is built just outside the village Episkopeio, on the way to Mallia, a short distance west of Ermoupoli. The name indicates the correlation with the Catholic Diocese of Syros, as it is known that has belonged to the last and even a place for a resort of the bishop since the 16th century, if not earlier.

According to the tradition, the Virgin Episcopiani must have been the first Catholic cathedral of the island. According to reports of 1631 and 1700, the church was honored earlier in the name of Our Lady Protothrono.

The time that was built the Lady Episcopiani is not known. Some scholars refer to even the 10th-11th century AD and rebuilt in 1652. It is a heavy construction, due to thick walls. It has a cruciform shape with a dome.

In the Virgin Episcopiani is attributed the salvation of the plague that broke out on the island, in 1728.

On the floor of the Virgin Episcopiani there is a single composition of five funerary slabs gray and white marble, with engraved and embossed decoration. These tombs belong to everyone in the family Bottaro, known Italian family of doctors that was on holiday in a house near the church. Bearing dates from the second half of the 19th century and inscriptions in Italian.