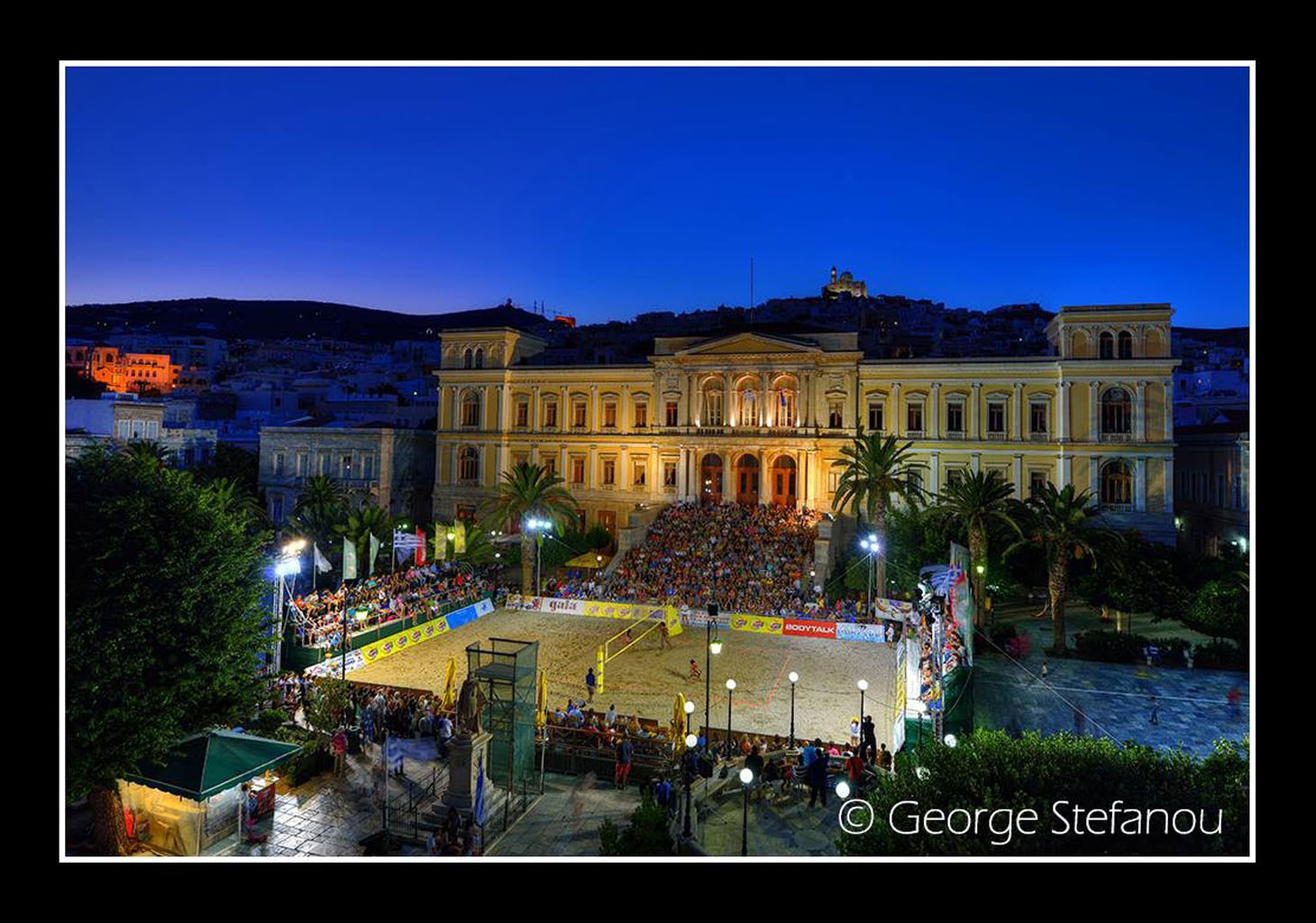 Miaoulis Square, Syros, is the heart of Ermoupolis. Goes without saying it’s the meeting point for locals and visitors, a place where you can also have a night walk.

Beautiful buildings, creations of the 19th century are all around the square. The most majestic one is the City Hall, built in 1898 by Ernest Chiller, that has a gorgeous staircase, 15, 5 meters in width.

The Club, nowadays accommodating the Culture Center, dates back to 1863 while the building on the left accommodates the Historical Archives of Syros. In the center of the square there is a statue of the admiral Andreas Miaoulis, who fought in the Revolution of 1821. The statue was placed in 1899, giving the square its name.

Finally, the marble platform of music with embossed representations of Apollo and the Muses is a later addition (1907).

Till 1848, when the Municipality bought the plot, Miaoulis Square was sandy area with only one garden (Salahas) in the northwestern part and two wells, where settlers could buy water. The area was covered by flour mills, taverns and booths. There, outdoor performances were a usual spectacle, such as these of the Italian magician Giambattista or the German Lamberger, who also built a wooden amphitheater for his family business, a circus.

The buildings that gave a shape to the Miaoulis Square started being built in 1840-1850. In 1868 the middle part got a cobbled floor from marble, brought from the neighboring island of Tinos.

The first name of Miaoulis Square was Othonos Square, in honor of the first king of Greece, Othon. Later on it was named Leotsakou Square, in honor of Nikolaos Leotsakos, Head of the military garrison of Hermoupolis that tried to liberate the political prisoners of Kithnos island in 1862.