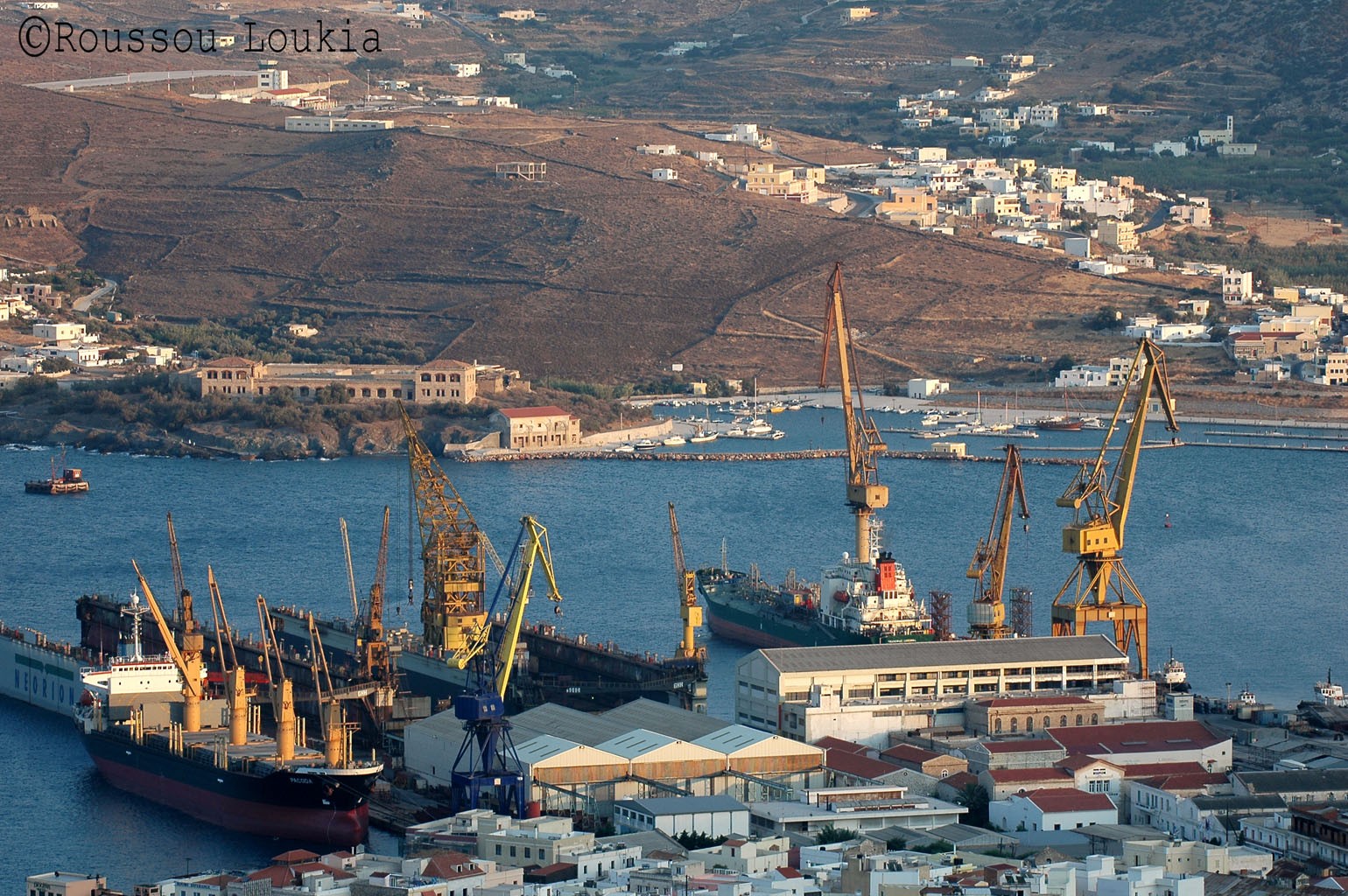 Neorio of Syros is its shipyard and operates, since 1861 in the island. It is the largest industrial unit of Ermoupoli and one of the oldest machine shops in Greece. It has gone through successive phases of prosperity and decline, while during the period of great prosperity of Syros was the workhorse for the activities on the island.

In the center of the installation of Neorio in Syros is still the original factory, surrounded by newer buildings. It was built in 1860, with designs made ​​in Europe under the supervision of P. Sapmo. In one wing still is housed the old foundry.

The building of the old entrance in Neorio of Syros was built in 1885, when has becoming the first expansion unit. It is simple, with symmetrical layout and large bright open – gate on the ground floor and a raised central section, with pediment conclusion.

When Neorio in Syros was founded, has operated by the Company of Greek steamers by Elias Kechagias. He made small steam engines, pumps, boilers, presses, even if small rib cannons during the Cretan Revolt of 1866-1869.

In 1892, in Neorio of Syros was built the first steamship designed by naval architect from Ermoupoli, Alexander Krustalli, while in 1926, there, were repaired two destroyers of the Navy.

In 1970, a century after its foundation, the facilities of Neorio in Syros were doubled: they arrive two floating docks, erected new machining centers with modern equipment, expanding jetties and significantly have increased the employment.

In 1974, in Neorio of Syros, are produced only two cars Neorion Chicago, limousine type, in an effort to move the production in this area, but it was unsuccessful.

In 1994, Neorio of Syros was bought by the company “NEORION SA”, which operates it until today.