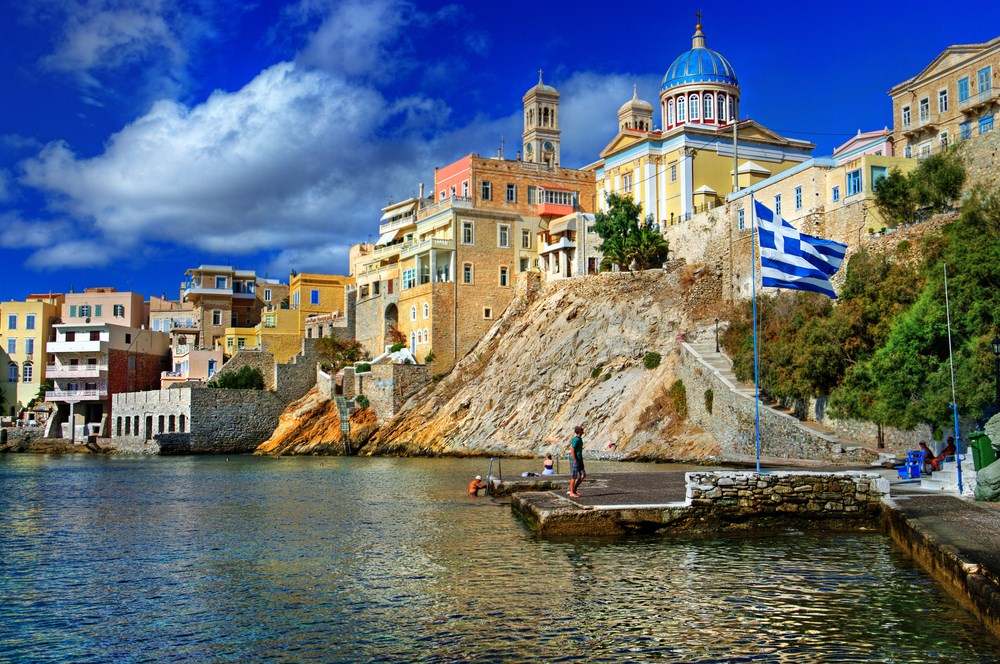 The Metropolis of Syros is the temple of the Transfiguration in Ermoupoli, the oldest church in the city. It was built in 1824, by Chian and Psarianous refugees, who arrived in Syros after the destruction of the islands, during the Revolution of 1821. In the churchyard was taken the decision for the name of the new city to the open meeting of 1824.

In the Transfiguration has moved the bell of St. Nicholas of burned Psaron, but also many relics that have been rescued by the refugees. In the western part of the courtyard of the church are buried the Master of the Nation Anthimos Gazis. His grave is indicated with a marble slab in 1930, but is no longer accessible.

The Transfiguration is built to the standards of the Virgin Mary and many assume that is the work of the same architect (Efstratios Smyrnaios). From recent interventions has altered the original form of the church, brought open arcade on the west side, which was the main entrance. In 1917, the gallery was closed and only fitted dedicatory inscription indicates the location of the old entrance.

The Transfiguration is a domed basilica, tri-aisled, with two towers of belfries. In 1859, it became the famous mosaic courtyard with symbolic representations such as cypress, snakes etc. consisting of black and white pebbles derived from Rhodes. And in its interior, however the Transfiguration has remarkable architecture and painted decoration. The church furniture and many old photos are brilliant examples of woodcarving and hagiography of the 19th century. Next to the church is the Ecclesiastical Museum with sacred utensils, books and manuscripts and it is open in the mornings.

The church Transfiguration will be directed from the left side of City Hall, heading up the stepped path. This is one of the first neighborhoods of Ermoupoli and worth a walk in the area.