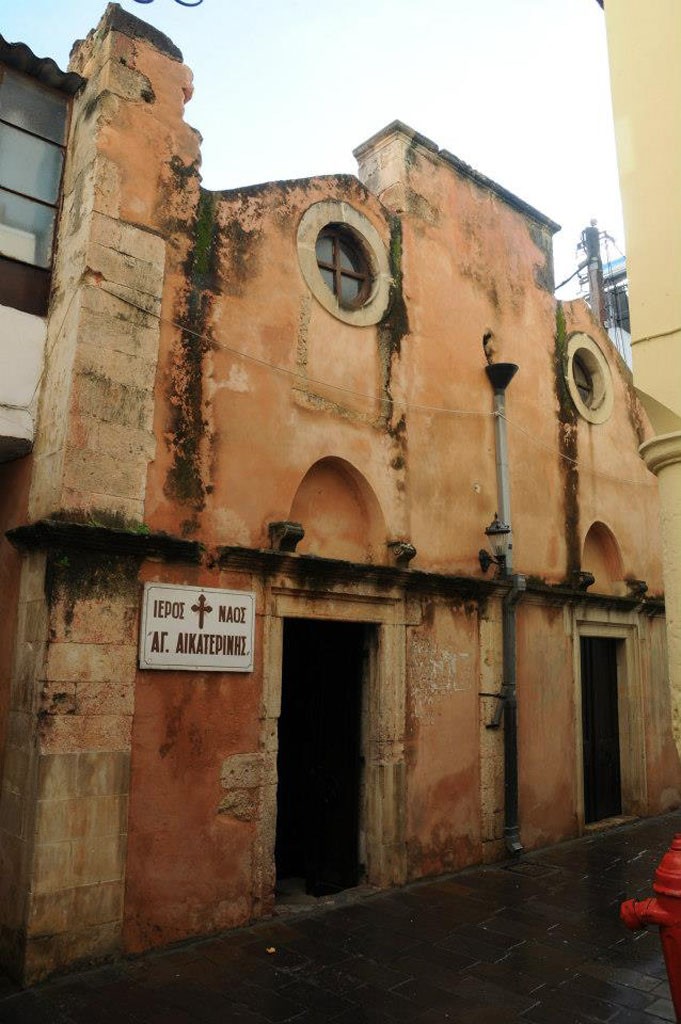 The Byzantine church of Agia Ekaterini is built in Splantzia, a region of Chania, which is situated at a very close distance from Agios Nicholaos. The construction of the church is estimated to date back to the 16th century, as there are obvious architectural influences by the late Gothic style.

The facade of the church of Agia Ekaterini is seamless and in the center, visitors can distinguish the base of the bell tower. A round window on each side of this base decorates the facade and brightens the interior of the church, which is separated by arches decorated with cornices.

A distinctive feature of the temple of Agia Ekaterini is that, although it was constructed and operated as an orthodox church, it actually incorporates architectural ornaments, encountered in Catholic churches. One of the two aisles of the church is dedicated to the local Saint, Agios Ioannis o Erimitis (St. John the Hermit).

During the Turkish rule in Chania, the temple, which is located next to the central mosque (Chiougkar Tzamisi), was initially converted to an oven and then to a machine shop. However, the Christians of the city never stopped honoring the memory of Agia Ekaterini, due to the fact that the Turks allowed them to keep an icon of their Saint inside the church.