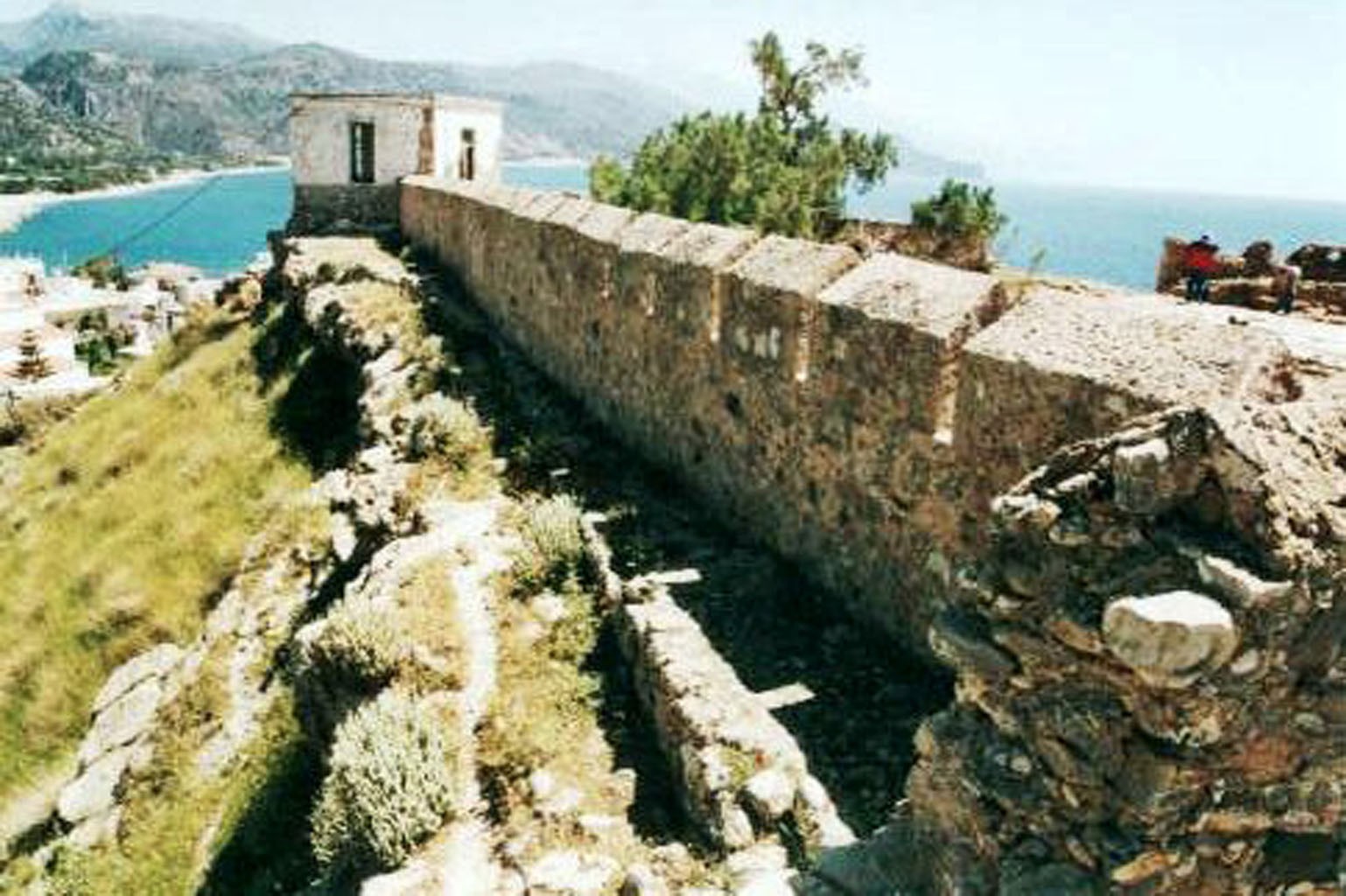 The Castle of Selinos in Paleochora, Chania, was founded by the Venetians. The fortress was almost square. It consisted of two towers on the south side and one on the north. Like all the forts, there were cantonment areas, residences for the officials, a church and small water tanks. These two towers are still visible among the rest of the ruins of the Castle of Selinos.

The Duke of Crete, Marino Gradonigo, built the fort in 1282 and named it “Selino”, which means celery. The name was inspired by the plant, which is abundant in the region. At the time, the revolutionaries demolished the castle, which was rebuilt in 1334 by the conquerors.

Eight years after the conquest of Chania by the Turks in 1653, the new conquerors besieged the Castle of Selinos by sea and by land, until it was finally taken over and demolished again in order to be rebuilt later.

Nowadays, only some ruins of the Castle of Selinos are preserved, the majority of which date back to the Turkish rule.