The Catholic Church of Chania 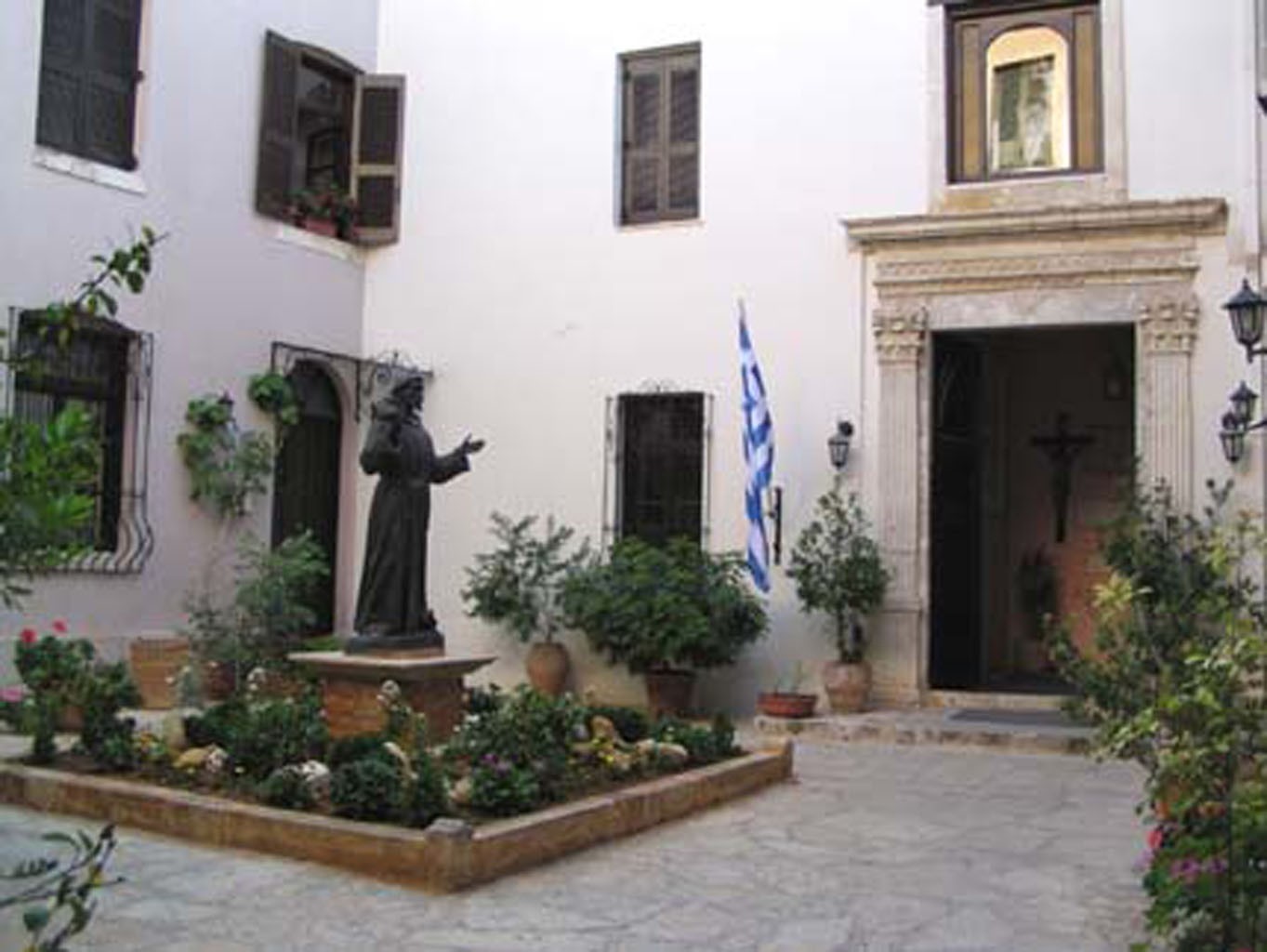 The Catholic Church of Chania and is located on Halidon Street, across from the Cathedral of Virgin Mary. It was dedicated on 25 April, 1879 and it has been functioning ever since. It is dedicated to the Virgin Mary and constitutes the seat of the Roman Catholic Diocese of Crete.

The three-aisled Catholic church of Chania is neoclassical.

The Monastery of the Capuchin monks already preexisted next to the Catholic church of Chania. The monks arrived in Chania by command of Pope Paul V, in 1566. Headed by Father Ignatius IV Ariton, the Monks founded the first monastery in Crete, at the exact same location as the current Monastery. Very soon, they also set up a hospital in the building, adjacent to the temple, which was named “College”.

The building of the Monastery of the Capuchin monks was built in its present form in 1842 and it was later expanded with the addition of a ward, in 1860. The last radical rebuilding took place in 1990-1991.

The Catholic Church of Chania functions regularly to this day.