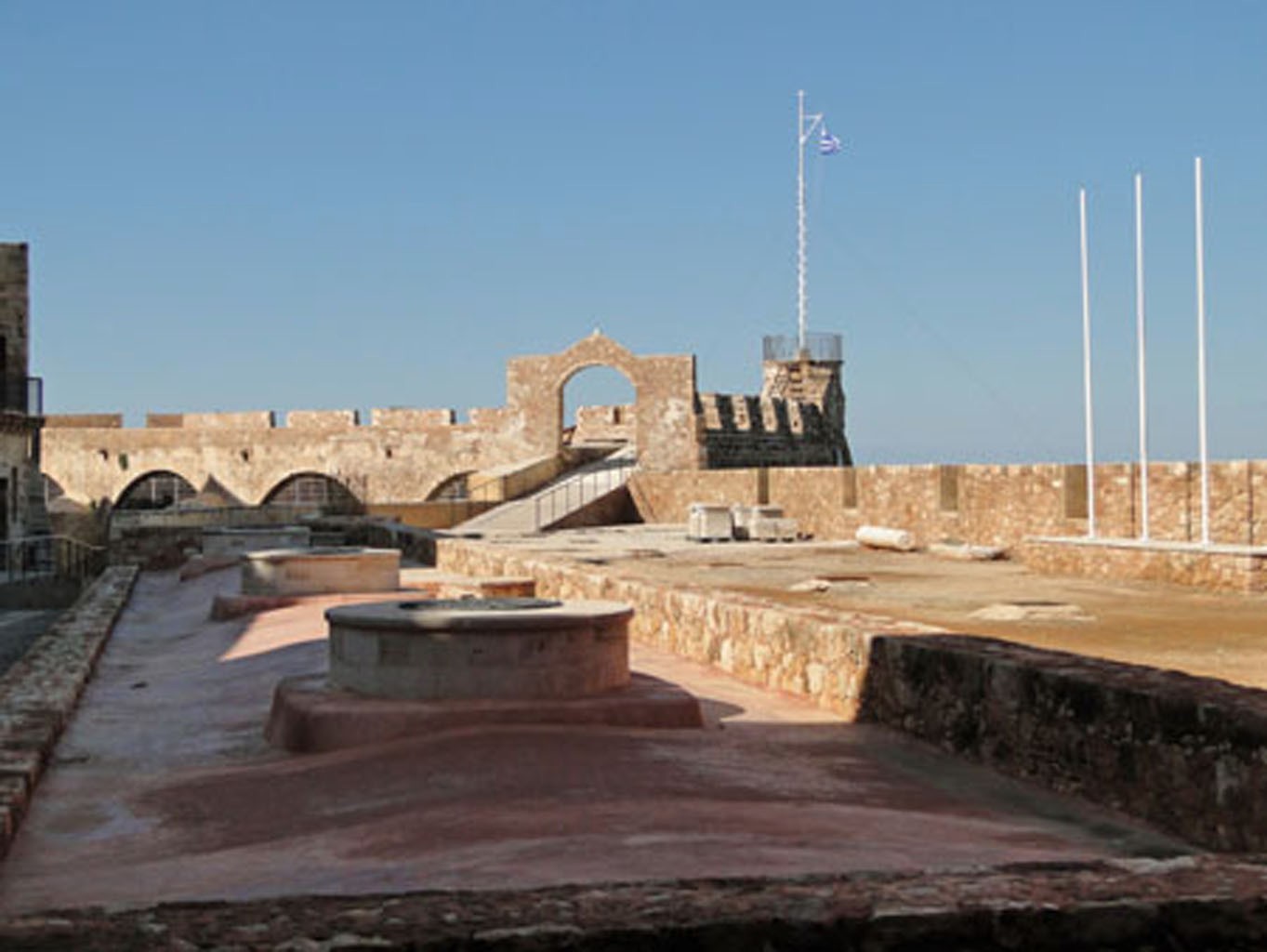 Firka fortress dominates the northwestern side, at the old port of Chania. It was built by the Venetians in the 16th century, just before the city fell into the hands of the Turks and was then called «Revellino del Porto». Firka fortress was clearly used as a form of protection against attacks, while the formation of the interior served as barracks and for ammunition storage. A large vaulted tank in the center was used for collecting water from the roofs.

The fall of the city of Chania in the hands of the Turks in 1645, meant automatically that the fortress belonged to the new conquerors. That is when it got its current name, because “Firka” in Turkish means “barrack”.

On the northern side of the Firka fortress were six consecutive domes, that sheltered the large cannons, so that they would face the entrance of the harbor and face any possible attacker.

The (also vaulted) shooting range of the Firka Fortress was used as a prison since then and up to the Greek civil war of the 20th century. During the Ottoman rule, the Firka Fortress constituted the seat of the military governor of the city.

In fact, the angular turret of the Firka Fortress was the place where, on 1 December 1913, the flag of the union of Crete with Greece was hoisted, in the presence of the King, the Prime Minister, Eleftherios Venizelos, and thousands of locals.