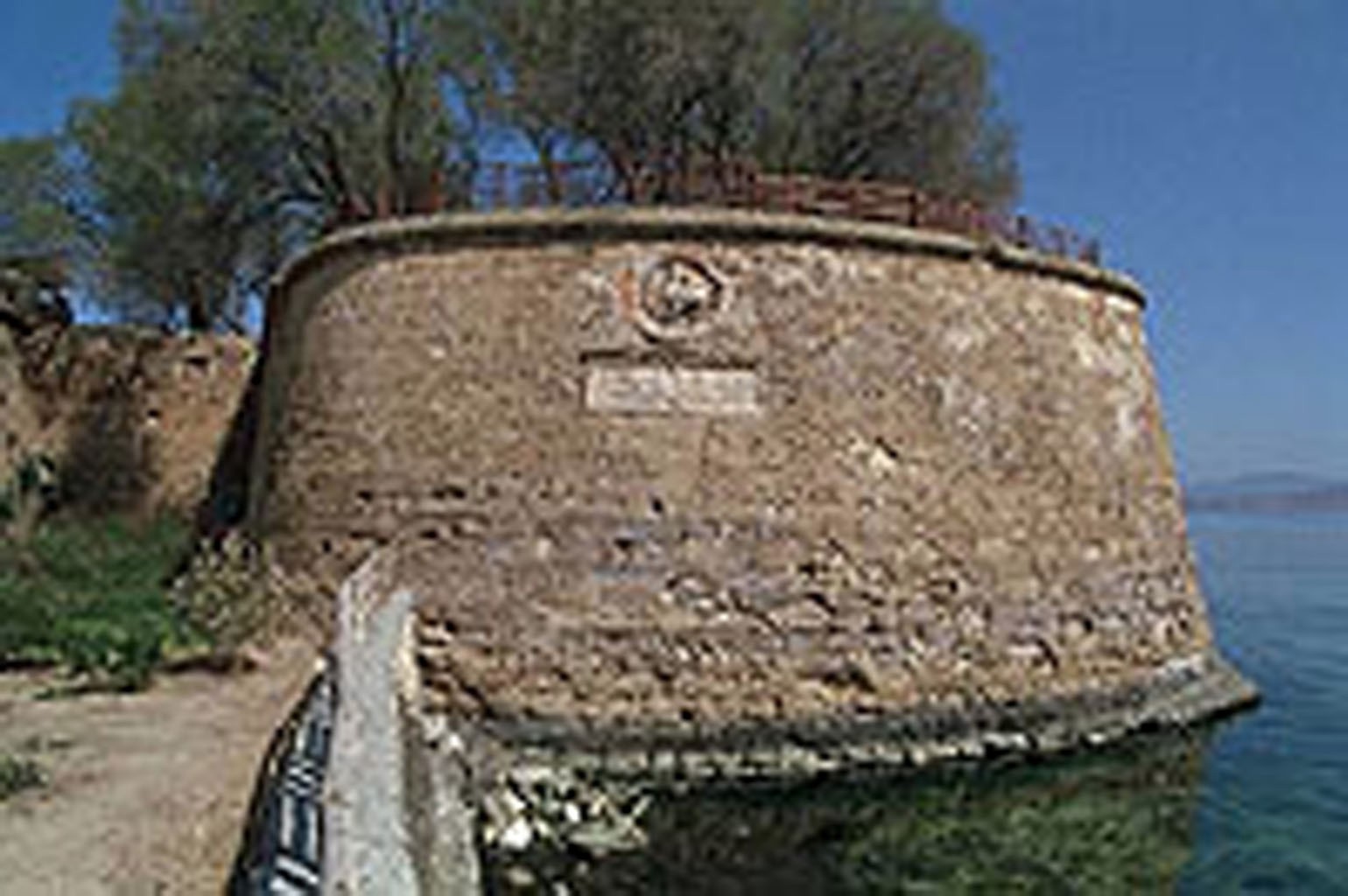 The Gate and Bastion Sabbionara (of the sand) are located north of the Venetian fortifications of the old town of Chania. The bastion is built entirely on the sea. On the facade of the bastion, the circular Venetian emblem with the lion of St. Mark in a wreath and with insignia dating back to 1591, is still preserved.

The Gate Sabbionara still preserves its Turkish name “kum – kapi” (Kum Kapisi = the Gate of the Sand), which also gave the name to the area outside the walls. It is the only one from the three gates of the Venetian Walls that has remained intact until today and it is located at the intersection of Epimenidou Street and Miaouli’s Coast Street, in the eastern part of the walls of the old town of Chania.

The side facing the sea (external side), along with a large section of the wall that surrounds the Gate and Bastion Sabbionara, both got destroyed during the siege of 1645 and the Turks restored it, but in much smaller dimensions. This repaired part differs significantly from the rest of the wall that was also scarred by the continuous shellfire.

Nowadays, inside the Gate and Bastion Sabbionara in Kum Kapi, various cultural exhibitions are periodically hosted.