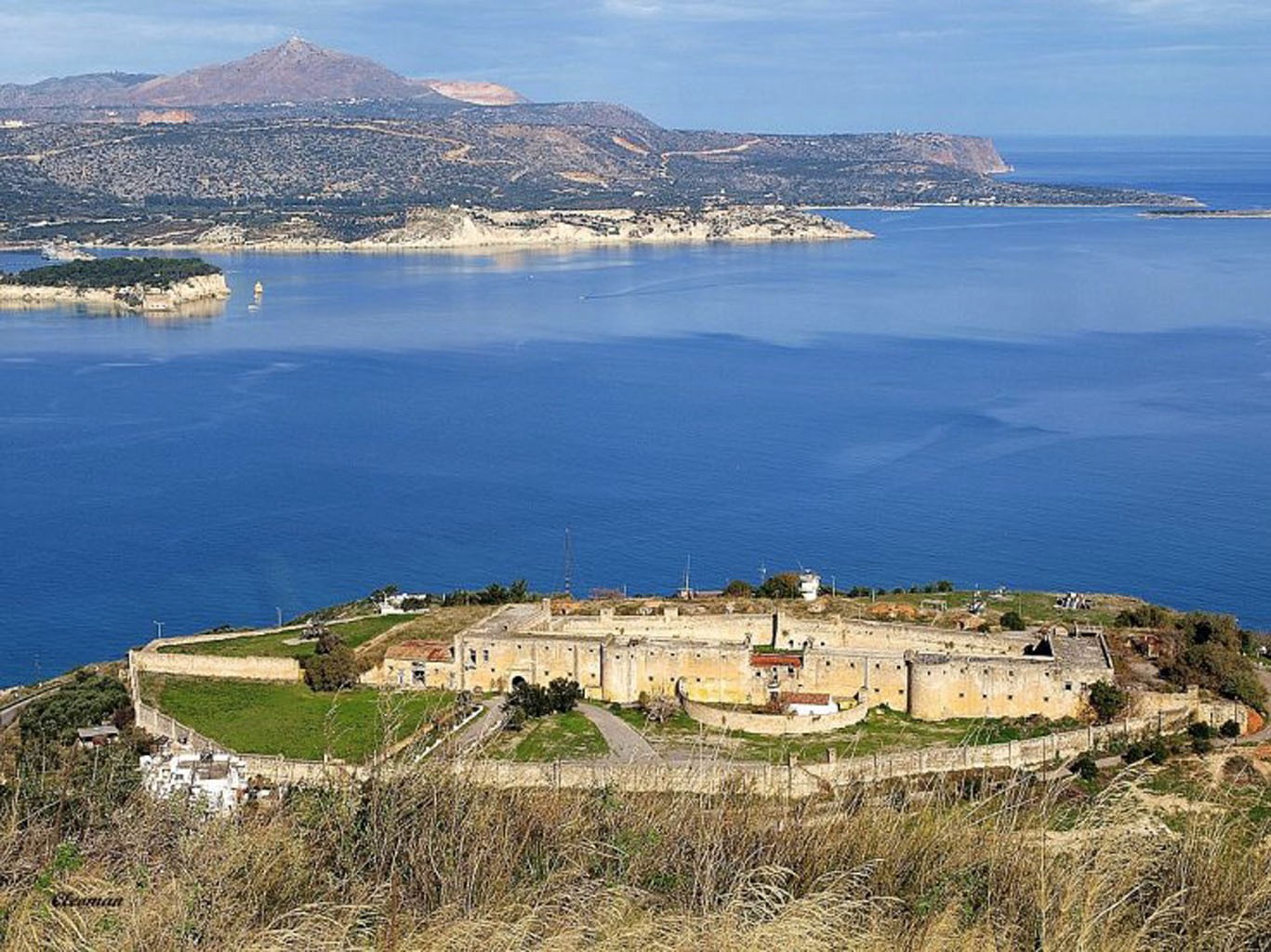 Itzedin Fortress stands on the hill Kalami, 15km east of Chania. Itzedin Fortress was built in 1872 by Reouf Pasha shortly before the liberation of Crete and was named “Intzedin” to honor the first born son of the Sultan Abdul Aziz Intzedin.

During the period of Cretan State (1903), the great politician Eleutherios Venizelos was imprisoned there for 15 days. During the years of the dictatorship of Th. Pagkalos (1924), a large number of political prisoners were held in the prisons of Intzedin, while after the fall of the dictatorship in 1926, the former dictator Pagkalos was also imprisoned there for two years. During the German occupation the fortress was used as barracks by the Germans. Itzedin Fortress was used again as a prison in 1948, when political prisoners were transferred there from Gavdos.

The last execution in Greece took place at Itzedin Fortress, in 1972. The fortress functioned as a prison until 1974 and after the restoration of democracy it was completely abandoned.

Today the fort is used as an outdoor space for concerts and other events.