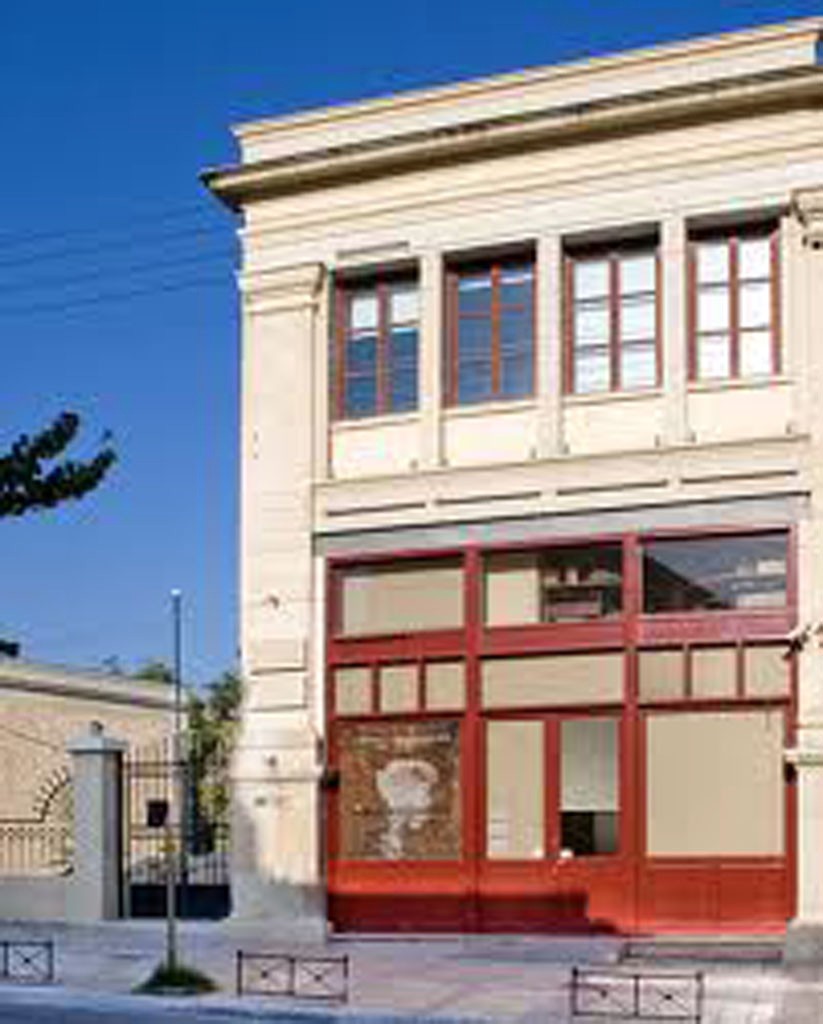 The Municipal Art Gallery is housed in Koundouros Palace, at the top of Halidon Street. It is a three-storey building built in 1910, a typical example of Neoclassical Greek Architecture of commercial and industrial buildings constructed in the late 19th and early of 20th century.

The walls of the building of the Municipal Art Gallery are made ​​of unrendered stones. On the facade, on Halidon Street, equally sized stones, perfectly carved, placed next to each other with mathematical precision, create an imposing aesthetic result.

The openings on the ground floor of the Municipal Art Gallery follow the rules of the commercial neoclassical buildings. The windows of the first floor are formed between the strict pillars. The ornate edges of the pillars hold the cornice, which is slightly embossed with tapes that end up on the roof.

The Municipal Art Gallery occupies the last of the three identical parts of the facade of the Palace. It was opened in 2003 after the renovation of the whole building.