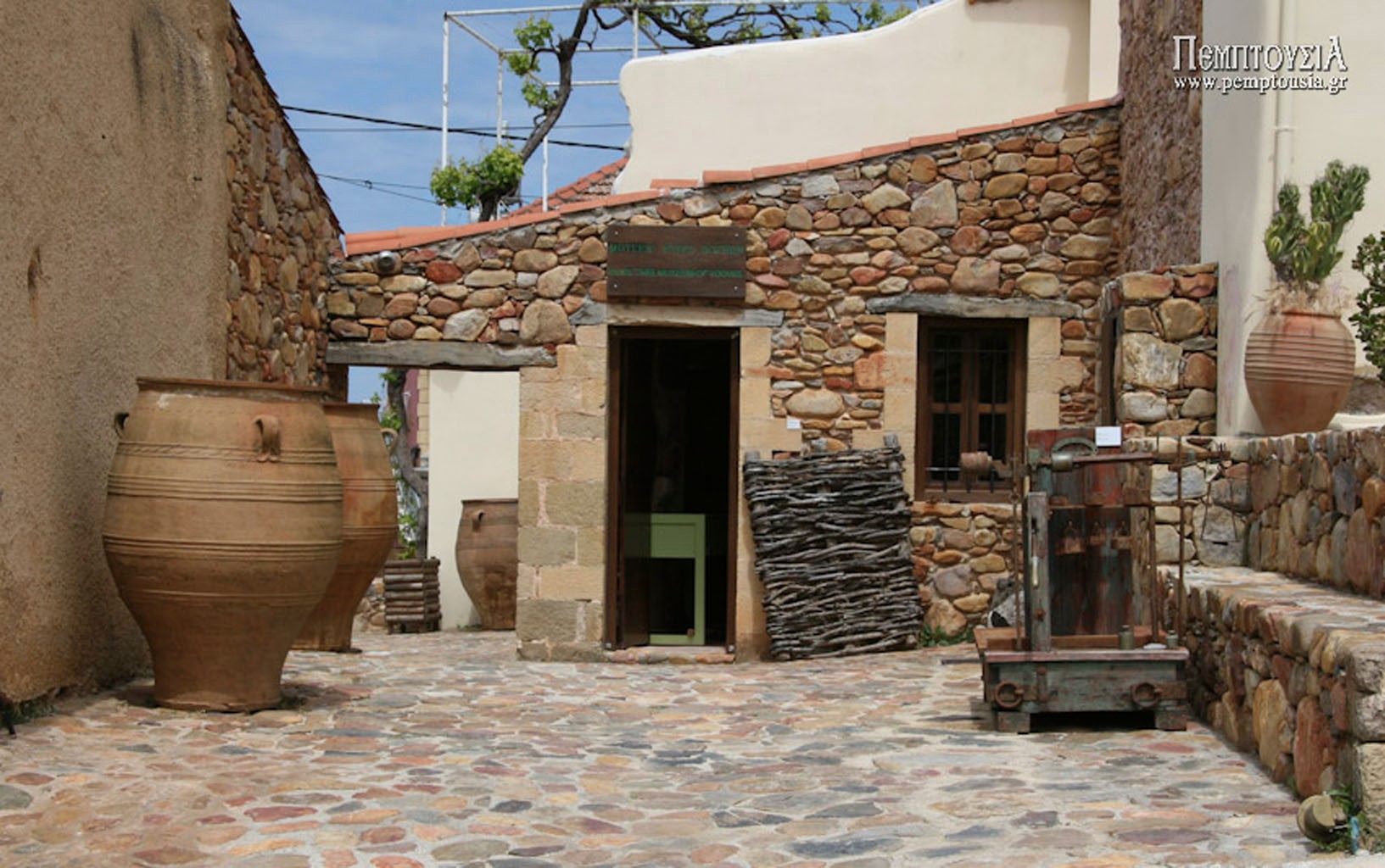 The Olive Museum of Vouves is housed in a traditional building in Ano Vouves, which retains all the characteristics of the austere and yet authentic, intelligent and functional, traditional architecture of the region.

The Olive Museum of Vouves is privileged to be located in a predominantly oil producing region, where the famous and award-winning oils of Kolymvari are produced and are considered among the best in the world.

The Olive Museum of Vouves preserves and showcases all aspects of life of the residents of the wider area, considering the olive tree, its planting, cultivating the soil, pruning, collecting the fruit, storing, transportation of oil to the mill and the elision.

A characteristic example of the exhibits is the wooden plough, which the farmers used to cultivate the soil from the prehistoric era until the mid 1950s. They call it “Hesiod’s plough” because it was first described by Hesiod.

The exhibits highlight the overall relationship with the tree, as a basic element of beauty, peace, friendship and culture.

The Olive Museum of Vouves is located near the Monumental Olive tree of Vouves, the oldest olive tree in the world, visited today by about 20,000 people each year from every corner of the earth. Although scientists cannot be absolutely sure, its age is estimated between 3,000 and 5,000 years.