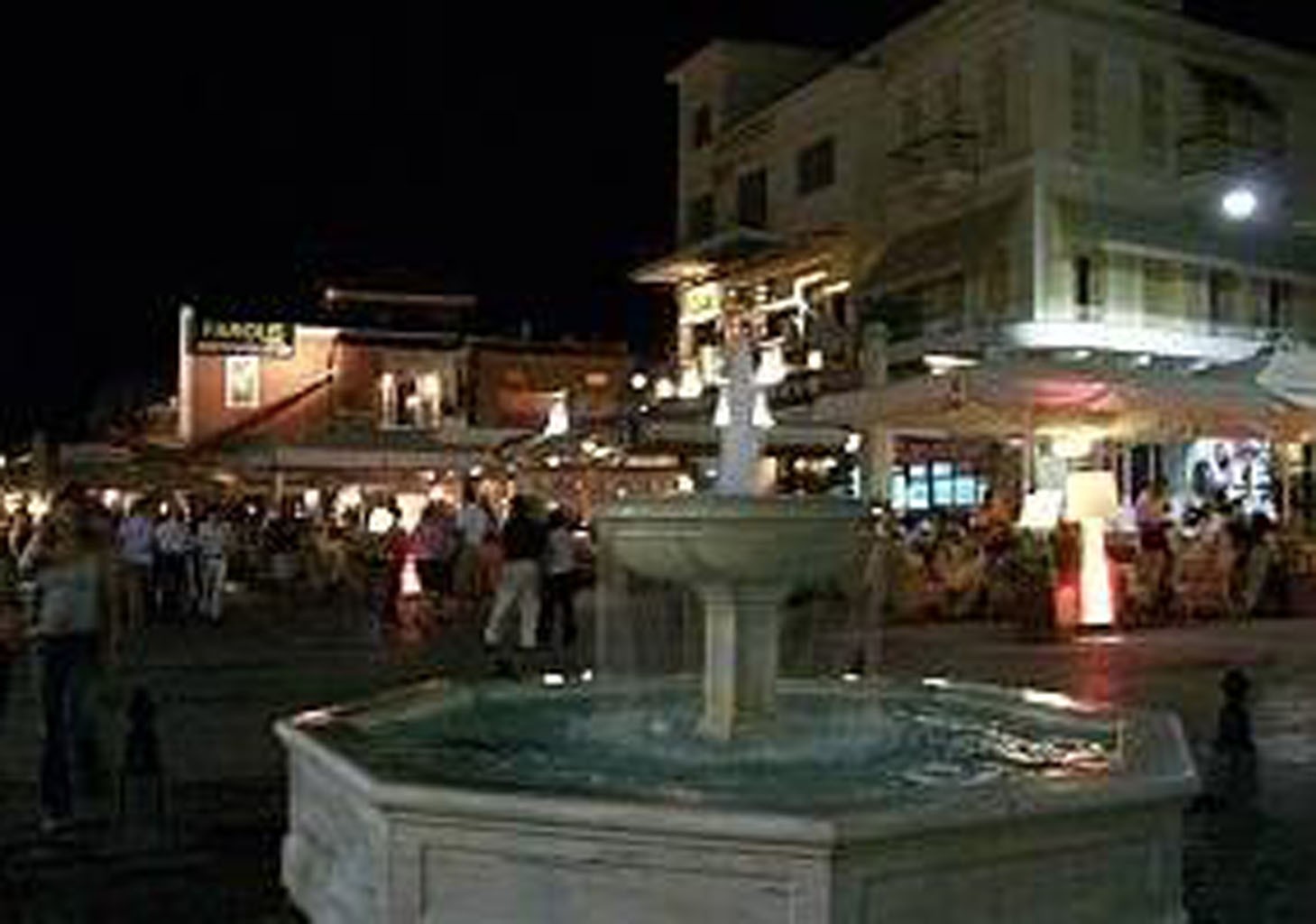 Santrivani (current Eleftherios Venizelos Square) is the central square in the Old Town of Chania. Located next to the crowded waterfront of Venetian Port at the Coast Tompazis, it has a lot of cafes, restaurants and souvenir shops. Trademark of the square is a fountain of white marble that dominates its center.

The square in Santrivani was built during the Venetian period. It had a fountain with lion heads, part of which is now in the Archaeological Museum of Chania. During the Ottoman occupation, the Turks replaced the fountain with a fountain (Santrivani) of their own architecture, from which the square took its name.

During years of the Cretan State, in the early 20th century, Santrivani was the heart of the City, centre of discussions of scholars, politicians and aristocrats. It was paved with cafes, hotels, casinos and luxury stores. During this period it was called Montenegrins Square, in honor of the Cretan Gendarmerie trainers who had come from Montenegro.

In Santrivani Eleftherios Venizelos gave his political speeches and there was that his body was brought in 1936, on the day of his funeral. There, also, took place the official gathering after the initialization of the anti-dictatorial movement of 1938 against Metaxas. After the death of Eleftherios Venizelos, the square was named after him, but is still known as Santrivani.