The Temple of Agii Anargiri 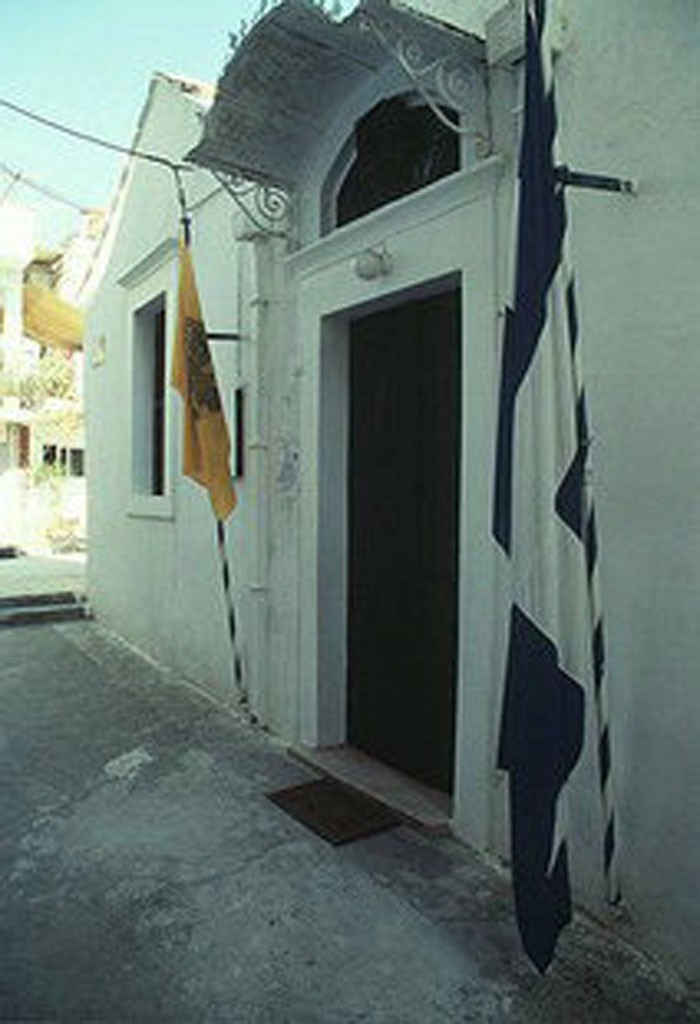 The Orthodox Church of Agii Anargiri dates back to the 13th century and constitutes one of the few temples in Chania that remained Christian throughout the Ottoman Empire and rule. In fact, the Temple of Agii Anargiri was used as the Cathedral of the diocese until 1859. It is located to the southeast of the old city, at the old Christian Community or, as it is also known, at the “Greek alleys”.

This temple consists of three aisles. The north aisle is dedicated to Agii Anargiri (Saints Anargiri), the southern is dedicated to St. Haralambos and the middle one, which is the oldest, is nowadays dedicated to St. Artemios. The construction of this middle aisle of the temple is estimated to date back to the 13th century and it was originally a private chapel dedicated to St. Savvas, that belonged to the adjacent private residence of Venetian noblemen.

At least two bishops have been ordained in the Temple of Agii Anargiri: Kallistos in 1846 and Mishael in 1859. Moreover, the Church has been associated with various historical moments of martyrdom of Christians priests during the Turkish Rule.

Two of the most important icons of Crete are hosted in the Temple of Agii Anargiri. The first, which constitutes an image of the Dormition of Virgin Mary, is considered to be a work of the Damascus school (16th century). Its dimensions are 1.40 x 1.20 m and it portrays Virgin Mary while sleeping, Jesus Christ standing beside her and holding her soul and a lot of angels, Apostles, the Three Hierarches and a cherub with six wings, standing over the fortress of Chania with the surrounding buildings and the temple. You can also see the three women who devoted and donated this religious icon, as well as their heraldry.

The icon of the Last Judgment

This is the second icon hosted in the Temple of Agii Anargiri. It is the icon of the Last Judgment or the Second Coming. Its dimensions are 1.50 x 2.40 m and it dates back to the Venetian period. In the center, we see the angel with the sword and the scale of the Crisis. The icon of the Last Judgment traditionally depicts Christ Pantokrator, enthroned in glory on a white throne, surrounded by Virgin Mary, John the Baptist, Apostles, saints and angels. The painter has named all of them after gemstones, just like in the Book of Revelation.

They are all surrounded by numerous angelic figures and prophets. In the center, we see the Angel of the Revelation – on one side of him is the sky and on the other the sea, where the dead are emerging from, as well as from the graves we see below. In the sky, there are flying people – those who live through the Crisis.

As we move to the bottom of the icon, we see the Hell, depicted in a very vivid way. We see portrayed the Antichrist and the torments of those who have sinned and been damned by Jesus. They are named and judged according to their sins. At the left bottom of the icon, we see four imperial figures. Each one has an initial letter indicating its identity: first, there is Darius the “Persian”, with the letter “P”. Then, there is Alexander the Great with an “M” (for “Macedonian”) and Augustus with an “R” (for “Roman”). Finally, the fourth imperial figure belongs to Constantine the Great with the letter K (for Konstantinoupolis, today Istanbul). Constantine the Great is the only one holding a cross instead of a sword. In this same part of the icon, the names of those who donated the icon are written. We can also notice the inscription “Made by the hand of the merchant Ambrosius Monachus” that belongs to the famous in his times hagiographer, who painted this icon.