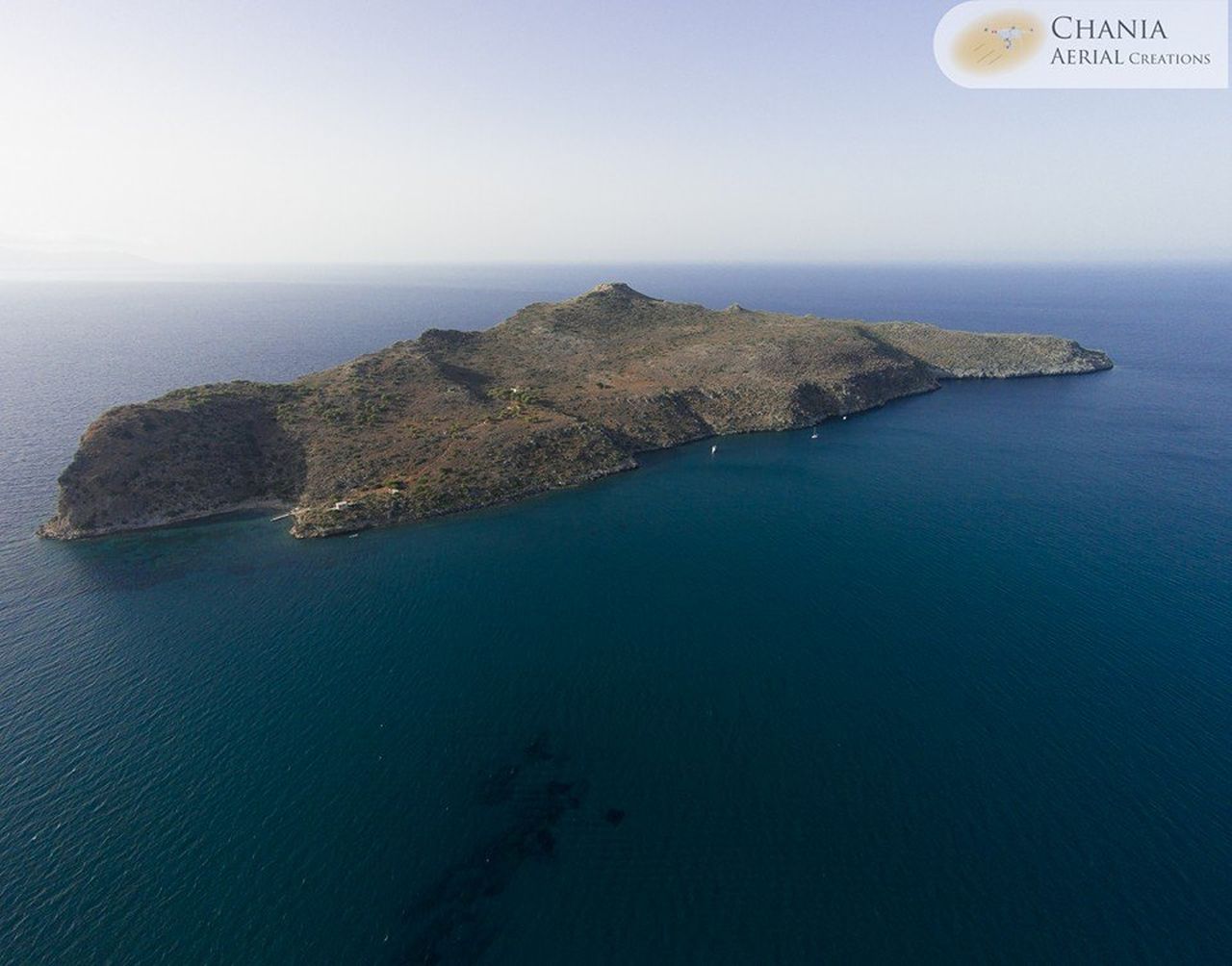 Thodorou or Agioi Theodori is located opposite the beach of Platanias in Chania , just half a mile to the north. It is a land of great ecological importance, since it has been designated as an area of protection for the preservation of the Cretan wild goats (Kri – Kri).

The Thodorou island is uninhabited by people, it is rocky, with an area of ​​697 acres, while its maximum length reaches the 3,800 meters. On the south side of the island lies a large arched cave, which from a distance looks likes the open mouth of a monster.

Next to the island of Thodorou is a large rock, the island Glaraki. That’s why people refer to both islands in the plural, i.e. “the Thodorou”.

The goats were transferred to Thodorou from the mountains of Crete to be able to reproduce away from poachers. Thodorou is declared a protected area and any human presence and activity on the island is prohibited. It is estimated that today about 80 kri-kri goats inhabit the island, protected by a special guard.

Also, many migratory birds find refuge on the island of Thodorou.