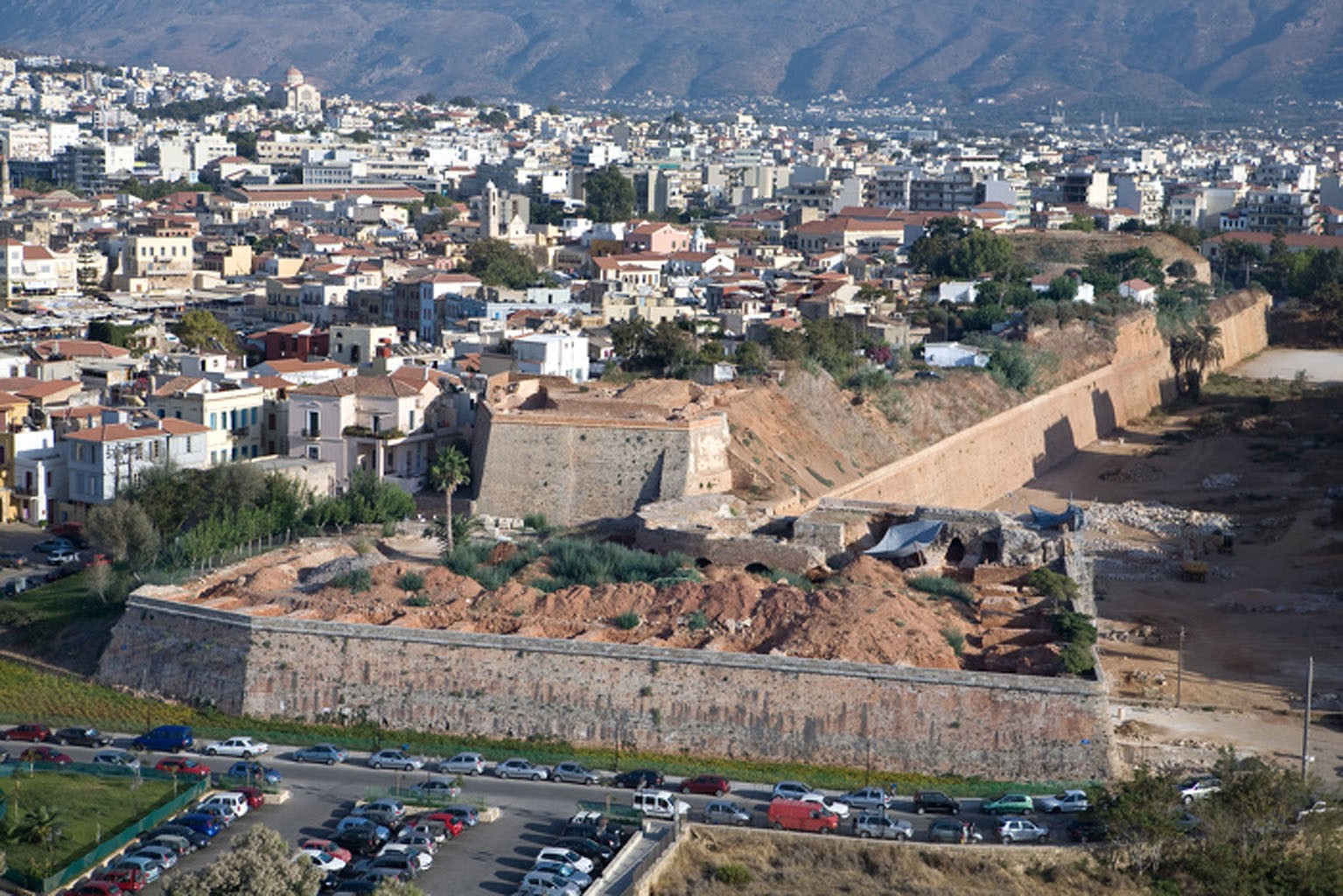 The Venetian Walls of the Old City of Chania were built during the Venetian occupation in order to safeguard the city and ensure its defense. The Venetians initially repaired the Byzantine walls and organized the urban plan of the city within the walls.

Thus, in the mid-16th century the city was re-fortified under the supervision of the famous for his fortification works, Μichele Sanmichielli. The Venetian Walls that were almost square in shape, had a perimeter of 3085m and a moat that was extended in parallel to the walls. Moreover, there were four bastions on each corner of the Venetian Walls, with a smaller rampart on each one.

There were three gates in the Venetian Walls:

• In the east, the Gate of Sand, the only one that is still preserved

• The gate at the community of Topchana. Today, it is the small “door” at the end of Theotokopoulos street, which served the military service and the Jews who lived in the community of Omvriakis.

• The gate of the Cale-Kapisi fortress, or Porta Retimiota as it was previously named, due to the road to Rethymnon that started from there.

During the following years, the Venetian Walls were demolished to allow for the expansion of the city.

Today, the parts of the Walls that still remain intact specify the boundaries of the old city.