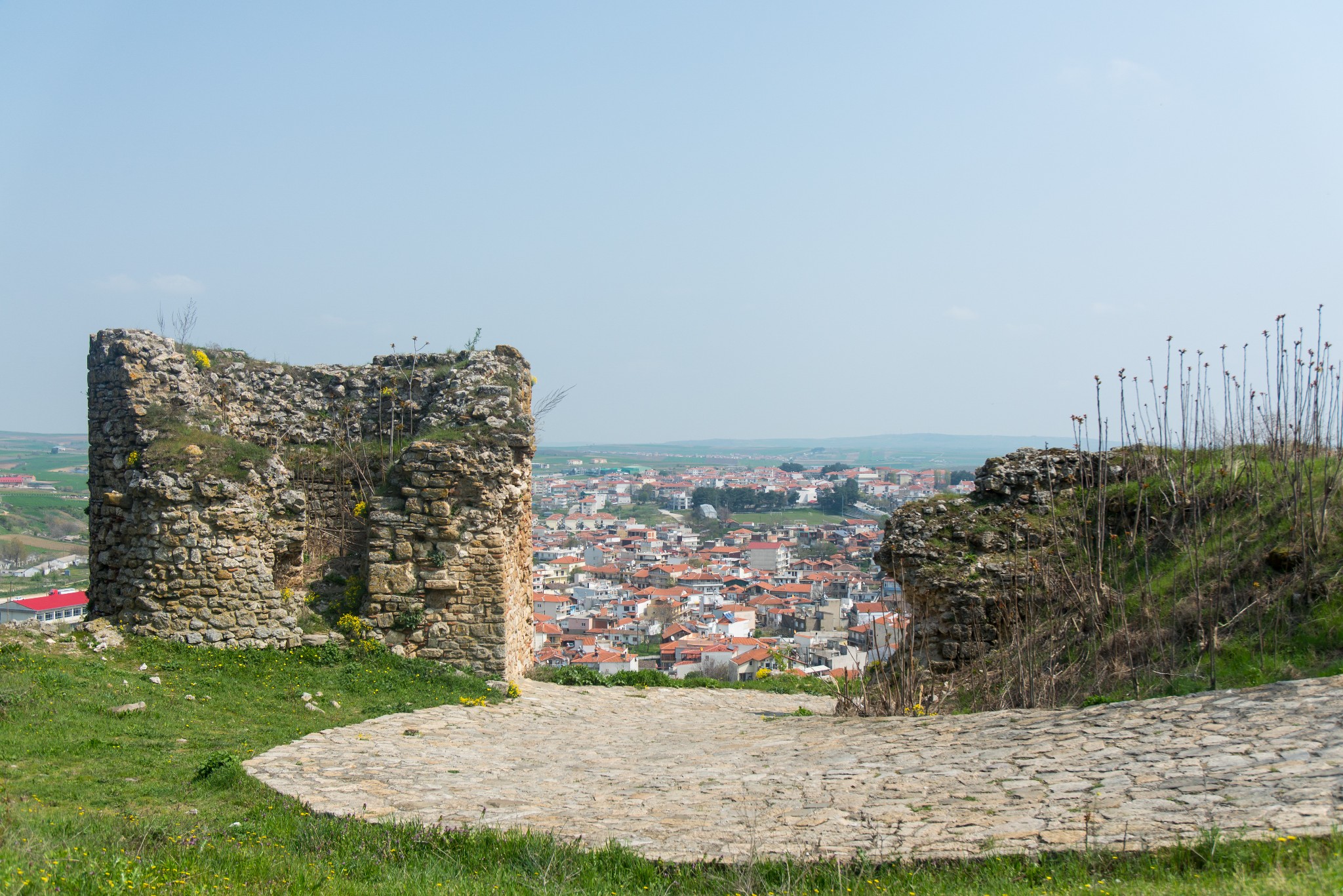 The most famous castle in Thrace. During the Byzantine Empire, Didymoteicho was an important commercial, administrative and military centre. The Castle of Kale was a strong fortified castle town for many centuries. It is estimated that it was created in the 6th century, while in its heyday the Castle became the capital of the Empire twice in the 14th century. Today, one kilometer of the castle wall survives in a very good condition, while in many points its height reaches twelve meters. The 24 towers have been standing proudly for more than 1000 years. All of them carry monograms, inscriptions or symbols of the masters that built them.

The Castle of Kale is built on a hill and it is visible from afar. For a visitor to reach the castle, he has to start from the central square of Didymoteicho and then follow the uphill, cobbled street, towards its entrance. A wooden tourist kiosk will provide us with all the necessary information and will answer our questions. A small square that looks like a balcony is the starting point of the route to the Castle.

The Metropolitan Church of Saint Athanasius that we find later in our way is a building of 1843, built in a previous byzantine church, which is still visible in the northern part. The icons that adorn the wooden carved iconostasis are tributes of the city’s guilds. Then, we follow the snaky path that passes among the buildings and it takes us into the Castle’s “heart” and at the same time to another time. A chapel that resembles an ancient altar and carries a marble icon of Saint Demetrius – with features that reminiscent of the Thracian horseman – stands out on the building, which has a length of 2.5 m and a width of 1.5 m. It also stands out the inscription with the name of Raul Asan Palaeologus, a Byzantine Prince. According to the tradition, the locals used to slaughter roosters on the feast day of Saint Demetrius on that altar.

A tall wall standing a bit further hides the Armenian Church of Saint George (Surp Kevork). It was built on the byzantine church of Saint George Palaeokastritis, where, in 1341, John VI Katakouzenos was crowned Byzantine Emperor. Inside the castle, we can see carved caves in high frequency, which were used as warehouses, tanks or shelters, when the times required it.

The round tower, named “Koulas tis Vasilopoulas”, carries the monogram of Christ and it is accompanied by the legend of the princess: When the Turks occupied the Castle of Kale, the king’s daughter fell from there and committed suicide, unable to bear the situation – this is one version, while according to another one, the princess was responsible for the fall of the impregnable castle by treachery, as there wasn’t any other way and then she killed herself by jumping off the tower on her white horse.