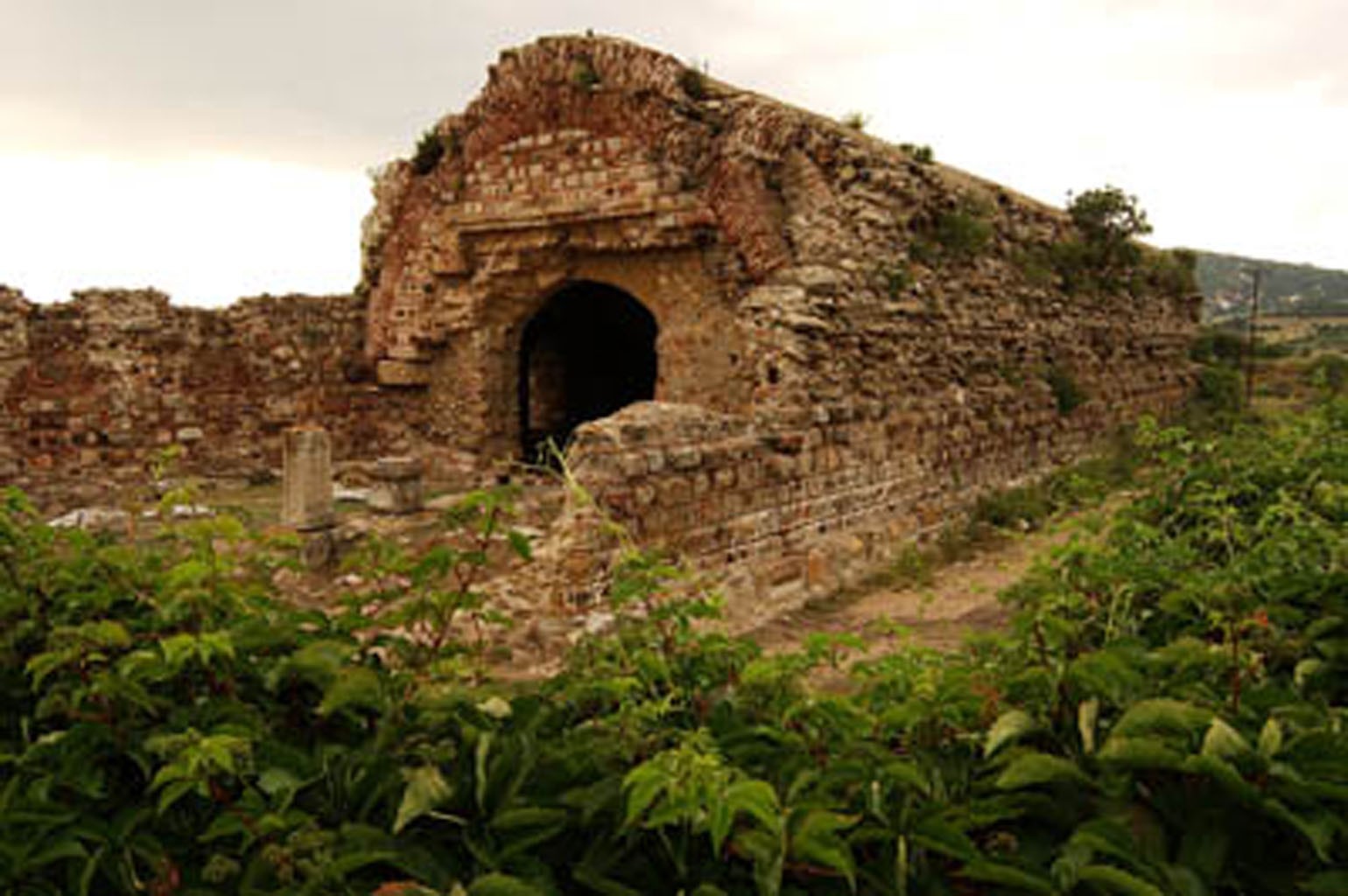 Traianoupolis was founded in the 2nd century BC from the Roman emperor Marcus Ulpius Traianus, on the ancient Via Egnatia, next to the hot springs, very close to the river Evros.

Traianoupolis constituted an important administrative and ecclesiastical center of the region for many centuries, with a strong Christian element since its foundation.  Here, Saint Glykeria  was martyred in 161 AC, because she refused to worship Zeus.

During the first Byzantine years, Traianoupols knows the greatest prosperity, while the Emperor Justinian repaired its walls, showing in this way the care of the central administration towards this center. The first important disaster of the town was recorded in 1206, while it got completely deserted around 1340.

Since then, there have been reports about its baths, while during the last quarter of the 14th century an Ottoman general built in Traianoupolis “Hannah”, a peculiar, elongated building. It consists of two rooms, from the first one the hearts are preserved and from the second one the brick dome. It is estimated that it served as a station of government officials and soldiers or, according to others, as a Hani (hostel), so for this it is known by the name “Hani of the Evrenos Bey”.

In the late 15th century is placed the construction of four baths that are found next to Hannah. They are domed structures with small windows and they are used by the visitors of the Baths of Traianoupolis in the following centuries.

On the hill of Saint Constantine, opposite the Loutra of Traianoupolis, where the chapel of Saint George is located, they are preserved ruins from the famous center of teke Isiklar, a gathering center of Dervishes.