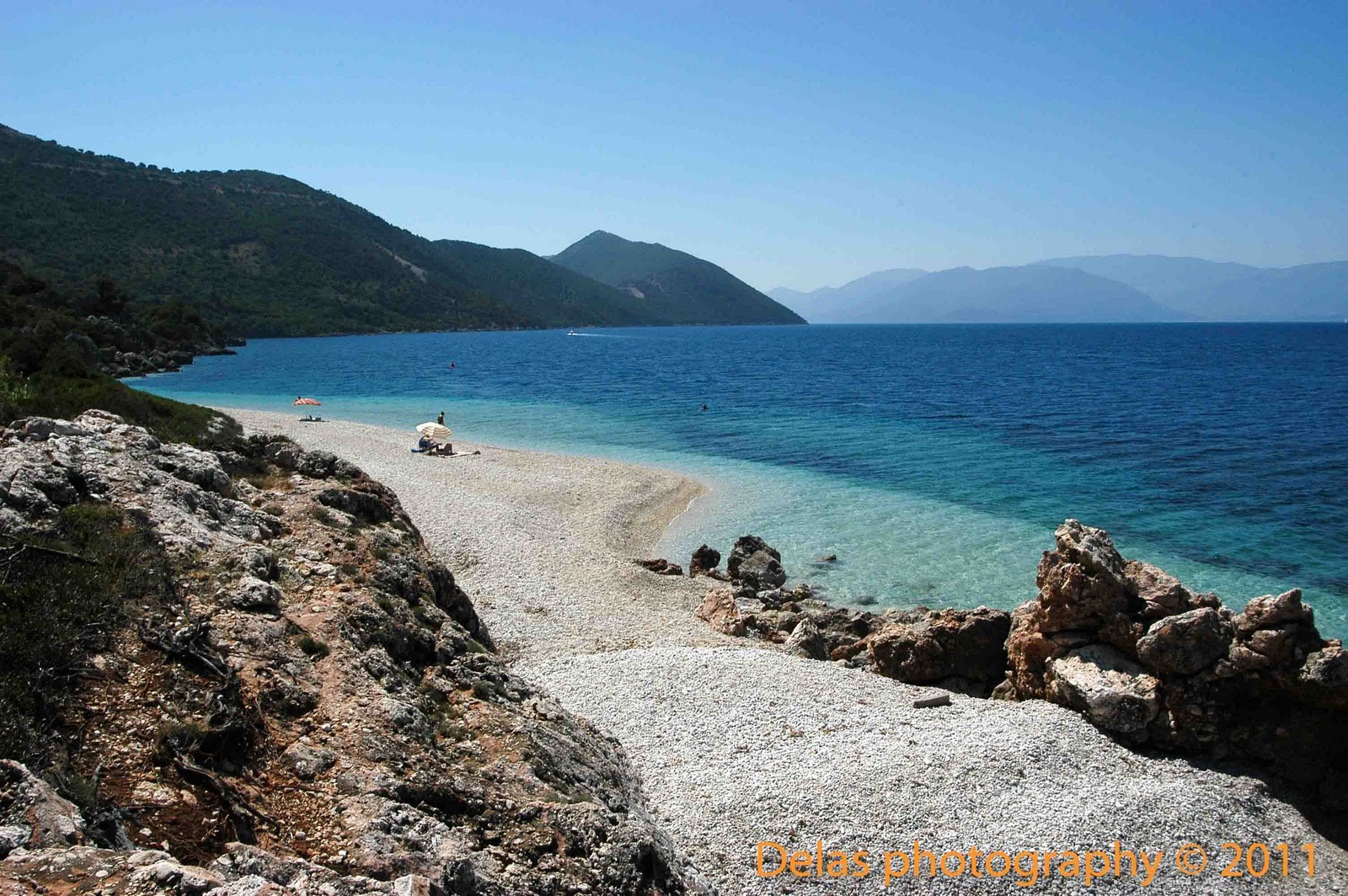 Aspros Gialos is one of the best beaches of Ithaca, with crystal waters and clear sea! It is a place you must definitely visit during your stay on the island.

As its name suggests, Aspros Gialos (white sea) has white pebbles, larger on the top and smaller as you get closer to the sea. Although trees and vegetation come all the way down to the shore, there is no natural shade on the beach, as the sun covers it till sunset and you will need some protection. It has only the basic organization, with a few sun beds and umbrellas on a small part of the beach.

On Aspros Gialos you will see lilies, while the landscape is a vertical slope overgrown with olives, cypresses and shrubs. To the left and right several rocks of strange formations define small isolated sections, which can offer you quieter moments – Aspros Gialos is one of the most crowded beaches, especially during peak seasons. The beach faces the channel between Kefalonia and Ithaca and just across it are Sami and the villages of Pylaros and Erisos of Kefalonia.

The road to Aspros Gialos is paved, up until the small path that takes you to the beach. The detour starts from the village of Lefki  in northern Ithaca and descends to the sea. Shortly before the end, where the path for Aspros Gialos starts, several small detours and paths will lead you to smaller, more secluded beaches .