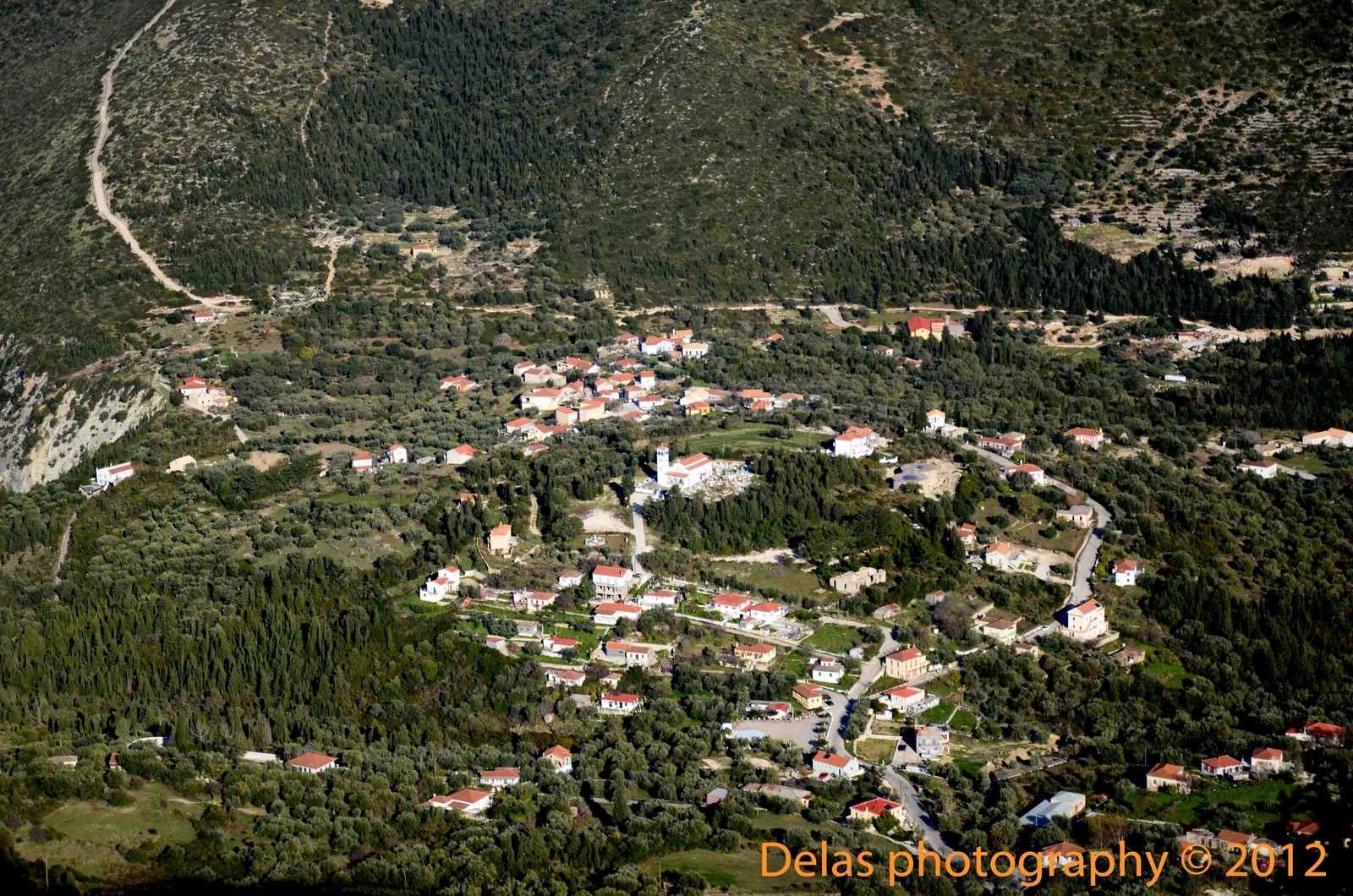 Platrithias means in Greek “the wide torrent” and therefore the appellation constitutes a geographical determination of the Homeric torrent that formed the harbor of Frikes – which, according to Homer, was the port of Rithros.

It is a village in northern Ithaca, with a permanent population of about 210 residents. It is also a lowland village spread on the hill above the bay of Afales. On the hill that rises in the center of the village is the church of Taxiarches. From the steeple of the church visitors can admire the view of the surrounding area – an immense verdant forest.

At the borders of Platrithia – Exogi we find the archaeological site of Agios Athanasius or Homer’s School, where the archaeologists place the palace of Odysseus, the Homeric hero and king of Ithaca.

Within the limits of Platrithias there are the following settlements: Kolieri, Lachos, Kalamos, Saranda, as well as Frikes, which is considered to be the seaport of the village.

From the position of Gefiri, at Platrithias, begins the road that leads to the cool spring of Kalamos, one of the few sources of drinking water in Ithaca. From the same direction starts the road that leads to one of the most impressive landscapes of Ithaca, Aphales. This is a deep, verdant bay, with steep cliffs and deep blue sea. On its coast some of the most beautiful beaches of Ithaca are formed: Aphales and the unique beach Platia Ammos, with white golden sand, which can be reached only by sea.

The celebration of the Dormition in the middle of August, at the center of the village, in the area named “Limnes”, is the last of the summer in Ithaca and therefore gathers a large crowd.