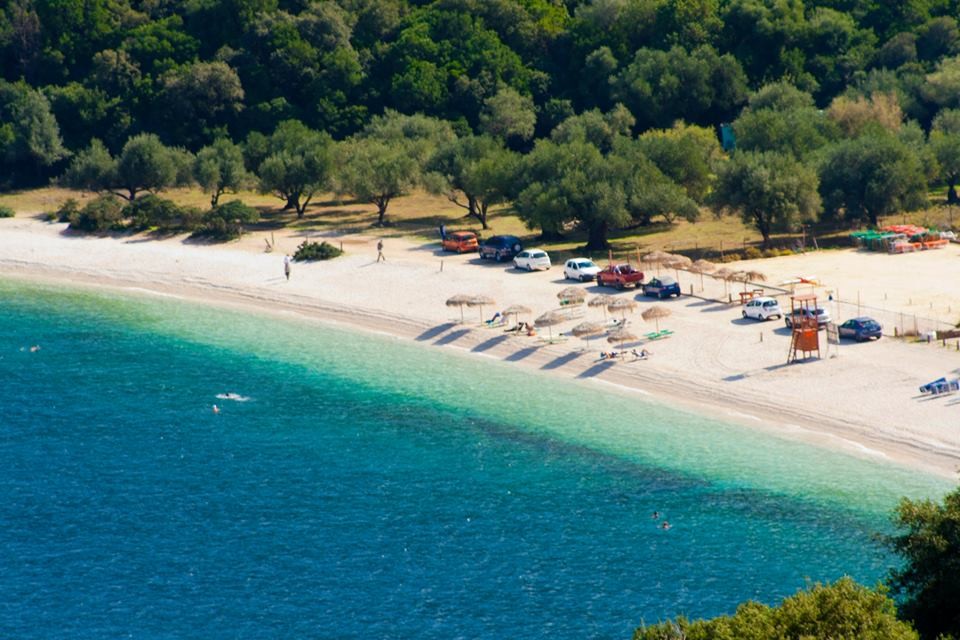 It is the bay, located next to the port of Sami , to the east. Antisamos is pebbled beach, long in length and width, with waters that look green, as reflect the environment around the bay: Green hills and mountains, covered by oaks and cypresses. Opposite, the blue sea meets the green southern part also of Ithaca  – the two islands are so close, that might be difficult to distinguish them!

Antisamos became the backdrop for some of the most important and impressive scenes of production from Hollywood “The Captain Corelli’s Mandolin”, which was filmed in Kefalonia, in the summer of 2000 and was screened in cinemas around the world, next year. The entire area of Sami had then become a vast backdrop to convey the actors in Kefalonia of 1943, where the film unfolds. Antisamos was the scene of the camp of Captain Corelli with the scene of the explosion to create one of the best spectacular effects.

In Antisamos, you will find:

• Canteen will supply you with the essentials.

As here, you come via paved road, which starts from Sami  and reaches to the ample parking just behind the pebbles. Near the beach Antisamos, you can visit the monastery of Panagia in Agrilia , with wonderful view over the strait between Kefalonia and Ithaca, but also the derelict monastery of Saints Fanenton  that is located nearby.

Antisamos at a glance:

• No natural shade most of the time