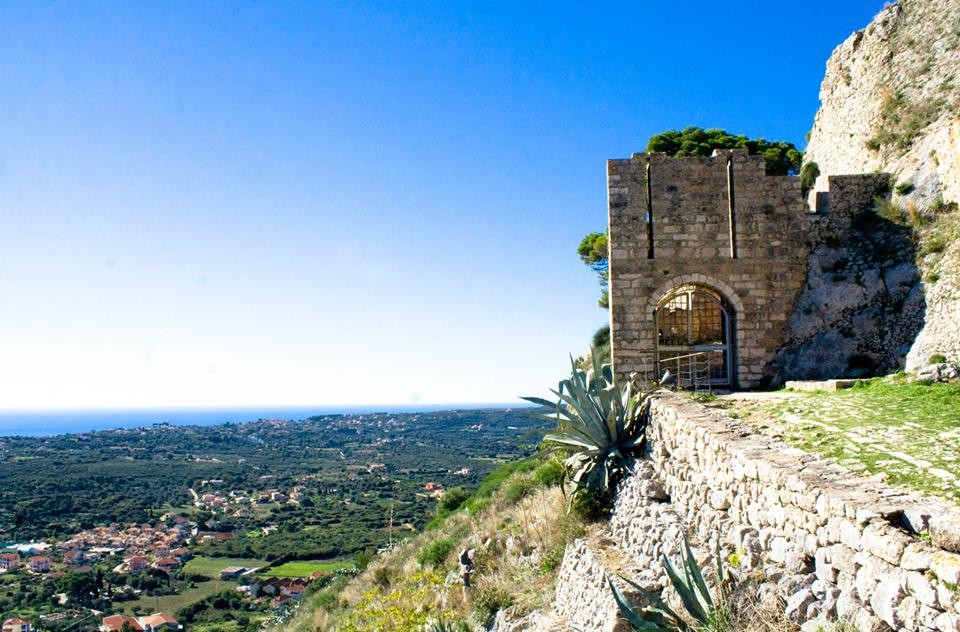 The castle of Saint George is built on a hilltop in Peratata outside Argostoli n the 12th century BC by Byzantine Emperors. Subsequent interventions, especially by the Venetians improved it and it remained the capital of Kefalonia till 1757. It occupies a total area of ​​16 acres, while the perimeter of the walls is 600 meters. It took its name from the old chapel of Saint George at the top of the hill before the fortification.

Today, visitors can see the outer walls of the castle , built in 1504, the churches and several buildings of the same era and what is left of a French bridge that connected the ramparts , inside. The church of Evaggelistria stand out as it is built in Ionian Baroque style. It was the Metropolitan church as the castle was the capital and has gathered here the Byzantine icons from other temples that existed in the castle. You should also visit the ruins of the Catholic church of Saint Nicolas which is located in the courtyard of the fortress.

The most important historian Station of the castle was in 1500, when it was captured by Christian forces ofVenetians and Spanish, who got back Kefalonia from the Ottomans who had captured it in 1484. Historical sources also mention the existence of an underground tunnel connecting the castle with Argostoli. Archaeological research has not revealed something yet.