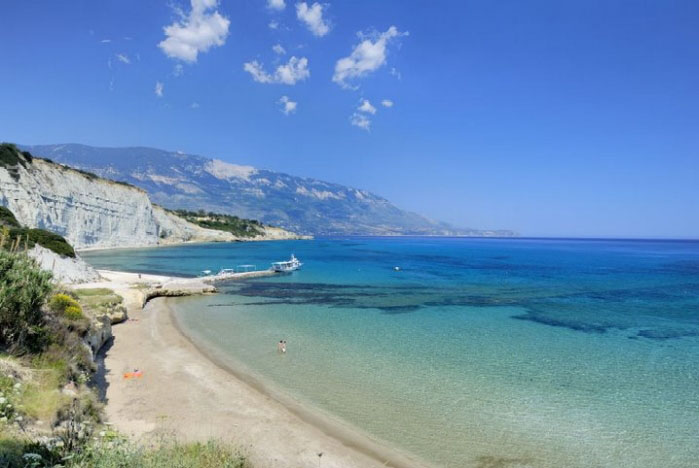 Spartia is located in Livathos, in southern Kefalonia and it is a small village with a great maritime tradition. Beautiful houses, landscaped courtyards and streets look like … maze compose the village. It took its name from the weeds ‘crops’ bou that are in abundance in the area.

It is estimated that Spartia had been founded more than 1000 years ago, as is mentioned in a document of the Latin diocese, in 1264. Then, due to the fear of pirates that was the biggest threat for its residents, the houses were small, with high walls and narrow windows. The labyrinthine alleys were formed between them and give the real picture maze in Spartia.

Unfortunately, Spartia had been completely destroyed by the earthquakes of August 1953. From the old village had remained only the streets, while the homes were rebuilt from the beginning. There are few pre-earthquake buildings, as the belfry of St. George, which dates back to the 15th century. In the middle of the 19th century, the naval force of Spartia reached to 90 commercial sailing boats.

The beach of the village is Klimatsias and is very close. It is not organized, nor too large in size, but has clear blue waters and stunning natural environment.