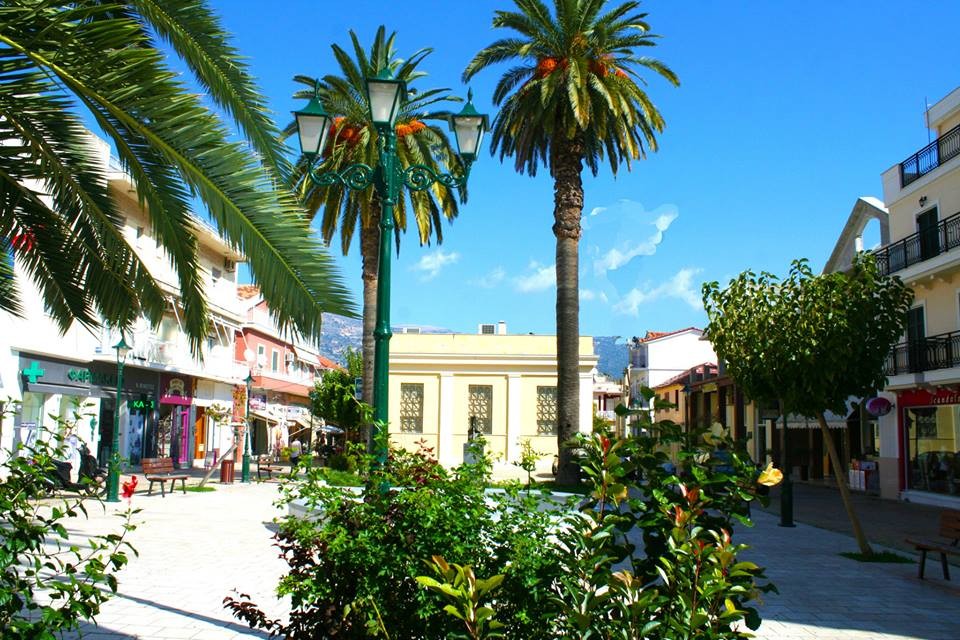 It is the most historic square of Argostoli where they burned the Libro d ‘Oro in Kefalonia in 1797 , marking a new era for the local community without nobility and separations. The French, with the advent of whom the “Golden Book” was burnt, planted in the square the “Tree of Liberty “and so they renamed the Square which until then was called “Saint Mark’s Square”. In history we find this square to play an important role in various mainly revolutionary events related either to the Union of the Ionian Islands or later the German Occupation. According to historian Spiros Lukatos, under British rule, the square of the Bell was a place of torture and martyrdom of rebels of the island who often suffered from public flogging .

In around 1790 it is estimated that  the ” Clock Tower ” was built in the square and in that time it was at least three stories higher than the other buildings in town. It has a large bell and rings every hour and in big events for the city such as fires. The bell and the characteristic sound eventually gave to the tower and the square the name “Square and Bell Tower”.

In the center of the square you will see the typical graphical pump, a fountain from which it was running water used by the old city of Argostoli. Four high palm trees of 150 years adorn the most historic square. In 1857 the tower was raised three more meters to accept a new mechanism of latest technology directly from London! A special “stringer” was occupied with the proper operation, while after the Union of the Ionian Islands a special employee of the municipality undertook this responsibility. Anyone can see the emblem of the monks of the Order of St. Francis of Assisi on the wall above the main entrance of the tower, which was built by the Venetians and it is considered as the medieval emblem of Kefalonia. The tower housed commercial businesses and public services and offices of the Greek State until 1953 when the building was severely damaged by the earthquakes. Once again in 1985 the great old bell tower was heard again. For this purpose concerted actions and a fundraiser took place in Kefalonia, while the design was offered for free by architect Takis Pavlatos. Since 2000 until today, the ground floor of the Tower operates as a Traditional Cafe – Showroom where everyone can enjoy a coffee and admire the photographs from the history of the tower and the history of Kefalonia.

At the edge of the Bell square there is a monument dedicated to the Polytechnic uprising in 1973 against the Colonels. This bronze work of artist Memas Kalogiratos was erected here in 2010. It represents two young people, a boy and a girl who are very close, giving the feeling of unity that had the agonists.