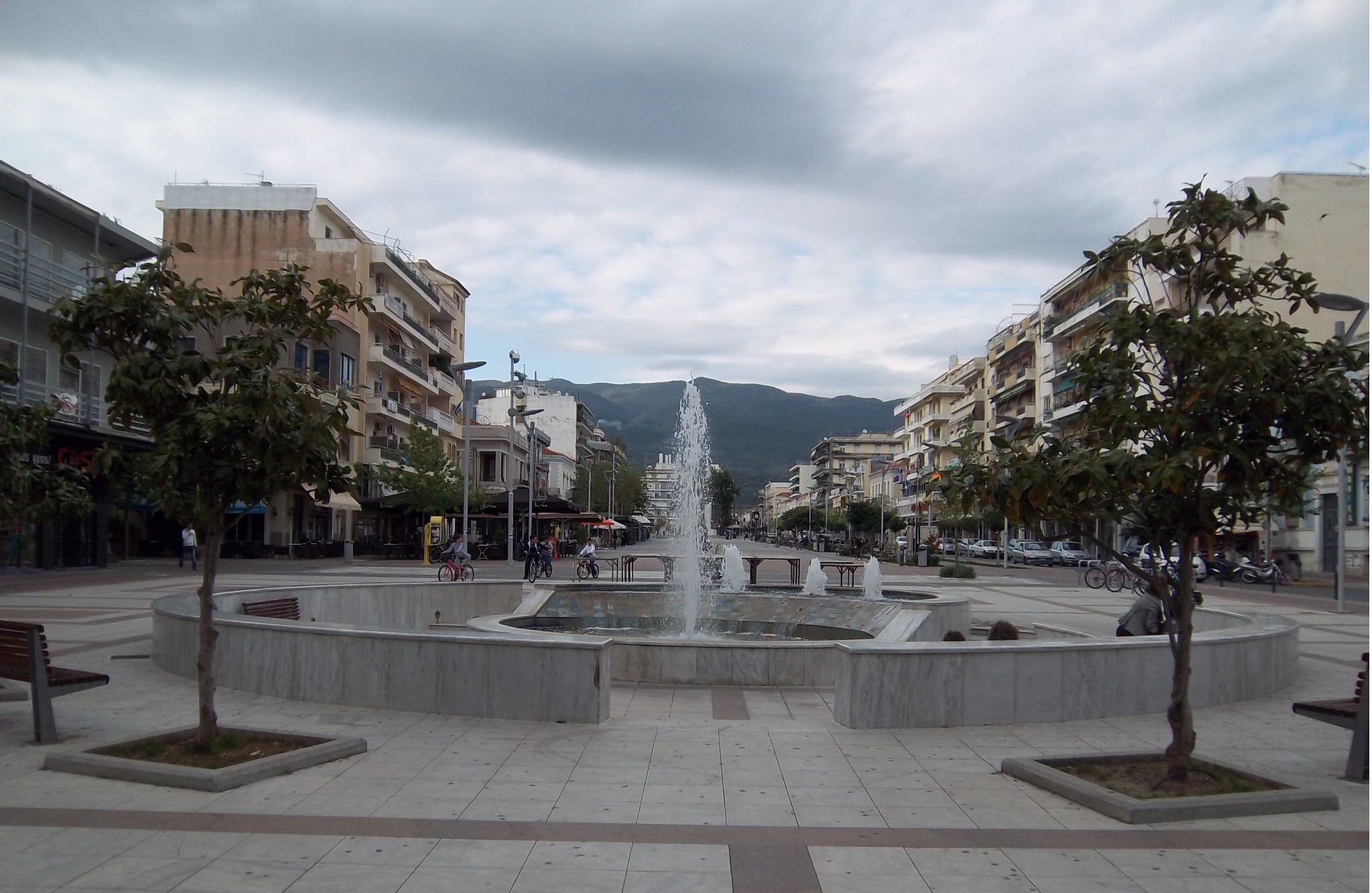 King George Square is the central, rectangular square of Kalamata , one of the busiest parts of the city. It has a length of 397 meters and a width of about 45 meters. It is bounded by Aristomenous street to the east, Franzi street to the south, Railway Station to the west and Nikitara street to the north.

The main square is an important point for the modern history. The name of the square has been changed twelve times depending on the political situation: Tzanis Square in the late 19th century took the name King George Square, as it was renamed for the last time in 1992.

In King George Square of Kalamata there is the construction “Freedom” , a monument to the fighters of the Revolution, Kolokotronis, Papaflessas and Mavromichalis. The monument was work of sculptors Theodoros Kolokotronis and Aliki Chatzi in 1978.

In the southern part of King George Square there is the characteristic fountain with the form of fish.

The current main square of Kalamata did not exist in the 19th century and the construction of Square was proposed for the first time in City Plan of 1905. Initially it was formed to the northern part, the place where there was the famous coffee house of Tzanis Karampinis since 1880.

The current central King George Square took a leading role, after 1938, when the procedures of construction were completed.

The changes in the name of King George Square:

• Tzani Square: It was known by this name from the late 19th century in memory of coffee made in the cafe of Tzanis Karampinis. The location of this cafe is placed in the west of Aristomenous street opposite to Stoa of Varvoutsis.

• Kapnokoptirio Square: It was known by this name, because a tobacco factory was housed there in the city of Kalamata.

• Square of Konstantinos Diadochos: It took this name in 1912, by decision of the City Council, as a badge of honor to the successor Constantine for his glorious victories.

• Venizelos Square, during the period 1926 to 1935. This name was banned in 1935, as according to the municipality, it had the name of a villain and insane politician.

• King Constantine Square in 1935 by the City Council decision.

• King George II Square in 1938 by the City Council decision.

• Popular School Square: This name had the area in front of the Cultural Centre according to postcard.

• Heroes Square : This name had the square according to the Proceedings of the municipality for the period 1942-1944.

• ELAS Square: This name had the square according to the Proceedings of the municipality in 1944.

• National Resistance Square: It was renamed in 1982 by City Council decision.

• King George II Square: It was renamed again in 1992 by the City Council decision.