The Night of the Ghosts 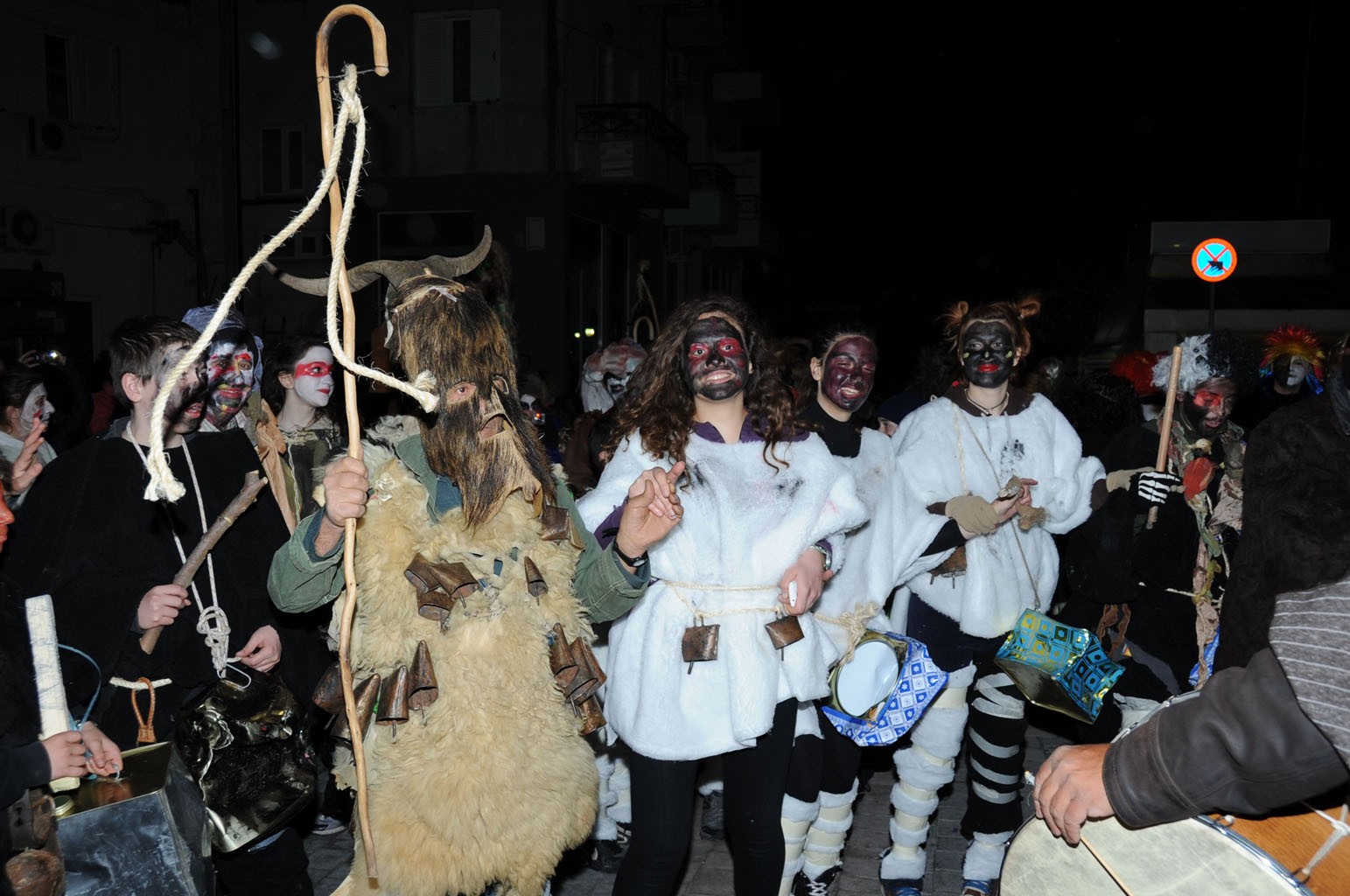 Comes from the folk tradition of legends, the Night of the Ghosts in Amfissa is that of the last Saturday of Carnival. “Ghosts”, they say the souls of dead people wandering tormented at nights on city’s streets.

The most terrible of all the ghosts of Amfissa, is the Ghost of Charmaina, the old quarter of tanners, the craftsmen of the skin, which comes out every year the Night of the Ghosts on city’s streets. Once there lived a young Konstantis, lad of the few in goodness and outspokenness. He was also tanner and he was fiercely in love with the beautiful Lenio. Before the two young catch to seal their love, Lenio died suddenly, whipped by lightning while she was in the fountain of the neighborhood! Konstantis was desolate, not having quiet any time away from his beloved ended his life by falling from the Castle of Oria, where he met up with Lenio.

Yet even now the upset soul could not quiet down: on the contrary, it became awesome and terrible ghost, the wildest of the city that terrifies with its face and screams the young and old and it lived in the fountain of Charmaina, where has died his beloved. It protects the tanners and source, which was so important to their work, and going round the streets dragging its eternal chains… The legend says that only after spending three times of the years of both of them, the soul has quieted down and the mourning stopped…

The Night of the Ghosts, on Saturday, before the last Sunday of the Carnival, the residents from Amfissa and the visitors of the town are gathered in the old quarter of Tanners to revive the legend of the ghost. After they have gone through the workshop of the municipality, where they made up appropriately and after masquerade to resemble to the ghost and their attendants, fairies, witches, niggers, Ntevetskes and Botsnakides, start all together from the steps of Agios Nikolaos.

Drums, bells and old cans accompany the colorful convoy with songs and dances passes from the city’s streets and ends in the square, because here, according to legend, the ghost of Charmaina met up with the other ghosts of Amfissa, Techoli and Gkirizio, they fought and always it was the winner. Plenty of hooch and wine, tripe cooked in outdoor pots along the route, bread and of course local olives are shared among the participants and the Night of the Ghosts does not stop until the morning!