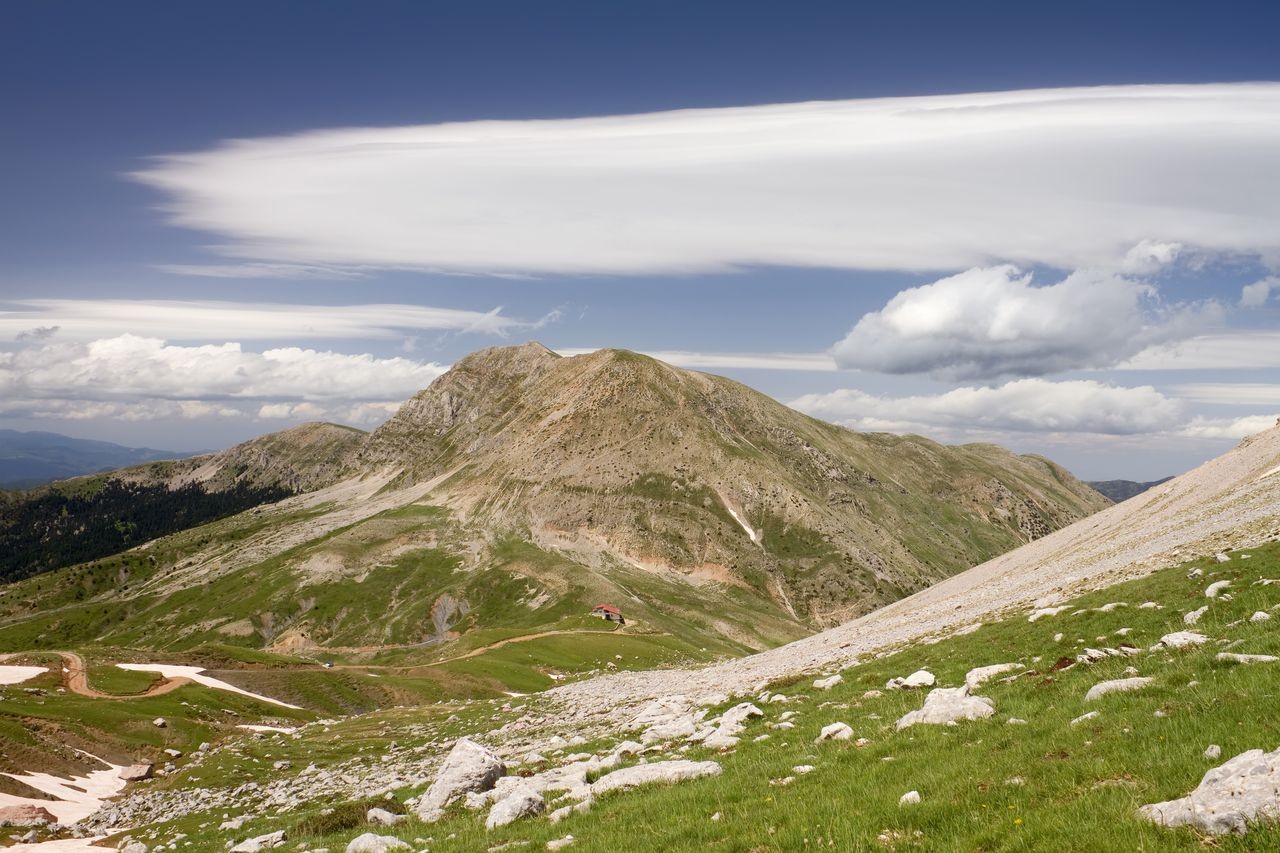 Vardoussia is situated in the most southern side of Pindos and it is a great mountain range that extends to the center of mainland Greece, next to Gkiona. In ancient Greece, Vardoussia called Korax, a name that remains until today for the highest top: is the Korax, at 2,495 meters, the second highest of Roumeli, after the Pyramid of Gkiona (2,510 m). According to other sources, Vardoussia named as Huge Mountain, precisely because of their size.

The tops of Vardoussia are high, steep and rough and the landscape is alpine. They are divided into three “groups”:

• Western, with steep slopes and

• South, with the highest top and a steep and very long ridge

Mornos, Evinos and Kokkinopotamos are rivers that define Vardousia, while at an altitude of 1,600 meters, a magical Drakolimni awaits the climbers, in the position of Stavros.

Forests of fir and oak, and cedar trees cover the slopes of Vardoussia, while flocks graze in large pastures which formed in the highlands. The climb to the tops of mountains is usually made from the village Athanasios Diakos (Ano Mousounitsa) and there are two shelters on their slopes: the Pitimaliko at an altitude of 1,920 meters, where it reaches a dirt road but also the international path E4 and Metrizia, at 1,900 meters.

Lamia and Muses lived at Vardoussia, according to Greek mythology.