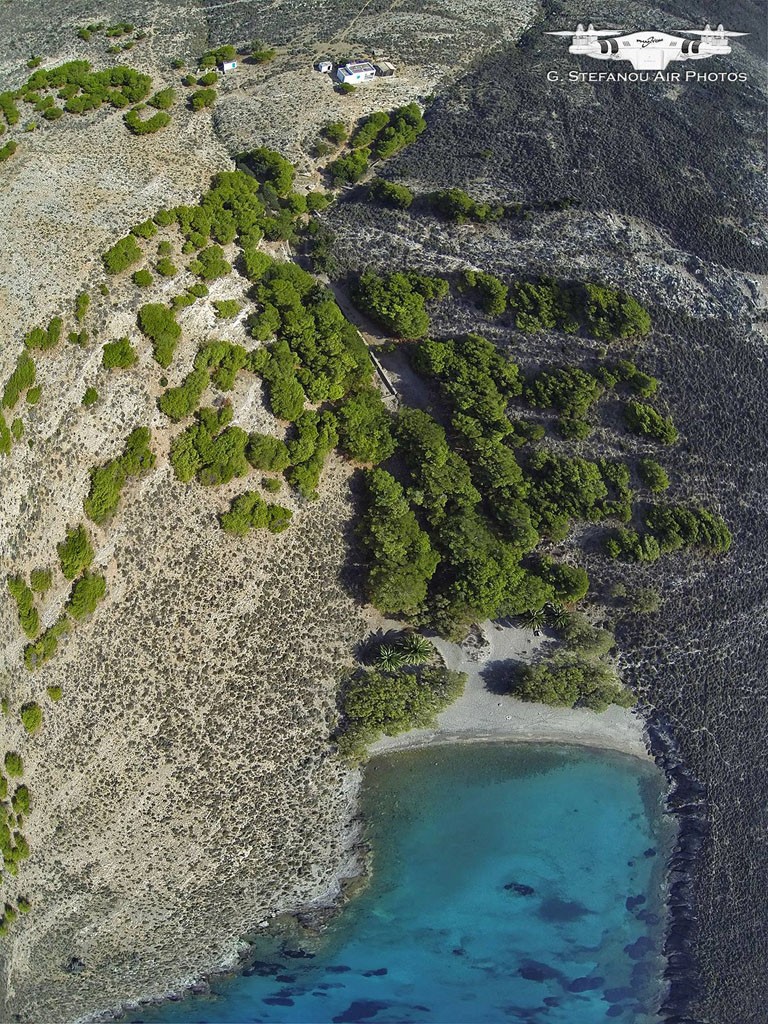 In the anhydrous piece of Syros, Ano Meria, where are infrequent the high trees, the beach Old Cave in the northwest of the island, at a short distance from the beach Grammata, stands out from its green.

The Old Cave or as the locals call it “of the American” is the result of the work of American John Pierson , who in the 60s put in place a plan to “green” the naked place that has met. Pierson, who died in 2001, was economist of the U.S. government when he started in the mid- 1960s – with the help of his son – to plant trees in an area of ​​800 acres in the northern side of Ano Meria. After his death, he has requested that his ashes be scattered in the area that he has loved so much.

In Old Cave can be reached either by boat from the sea (via the beach at Kini) or by foot from the path that starts from the region Campos and sometime bifurcates with one branch leading to Grammata and the other in Old Cave.

Because of the trees, planted by Pierson and offer plenty of natural shade, the beach of Old Cave is the choice of many vacationers who love the free camping.