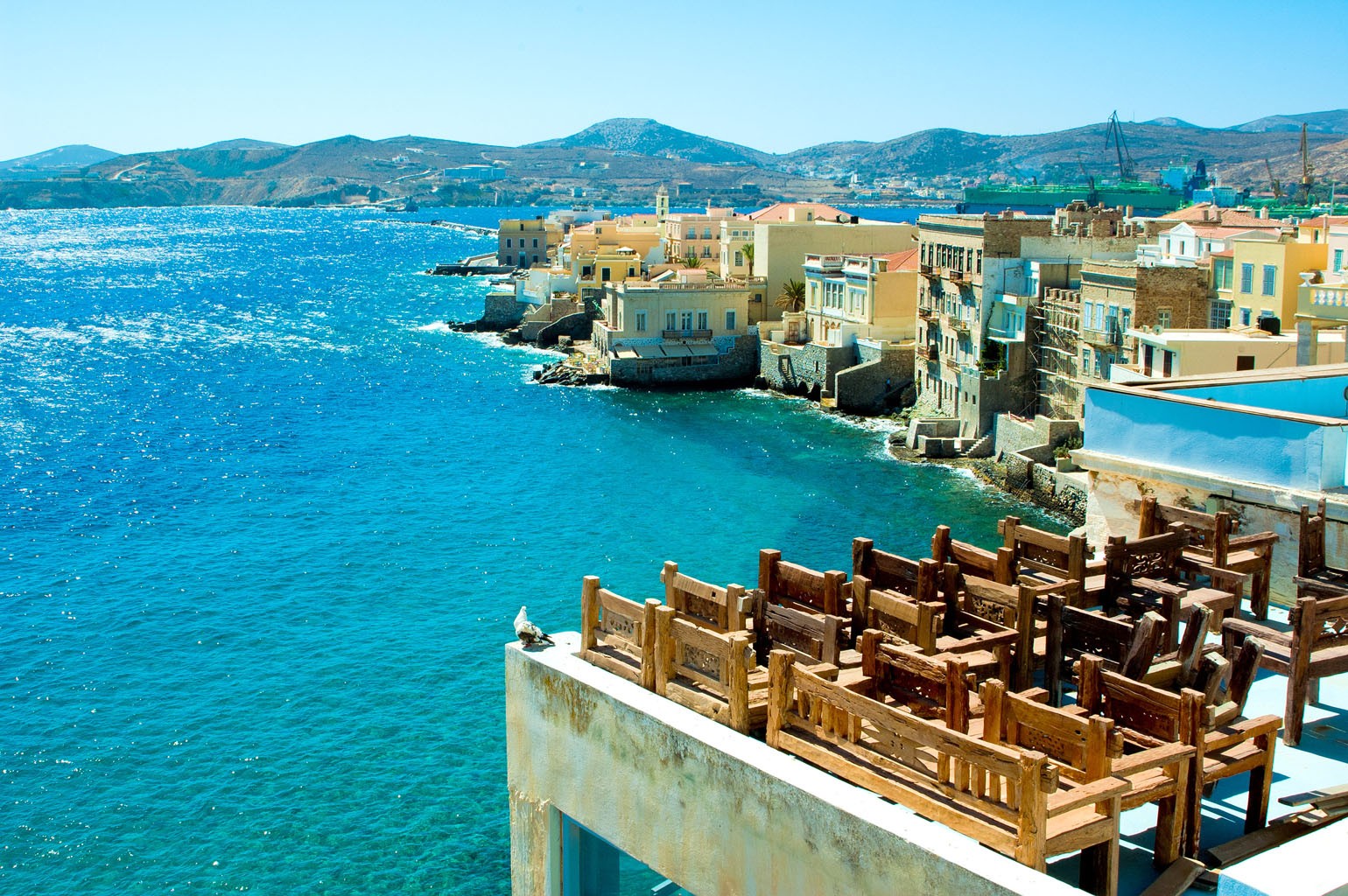 The district Vaporia is perhaps the most beautiful of Syros. It is located north of the harbor, in the eastern part of Ermoupolis. It is built next to the sea with wonderful captain houses that seem to hang over the rocks. Affluent refugees from Chios, Psara, Kasos and Crete, coming in Syros after the devastation of their homelands during the Revolution, they had built their mansions in such a way over the waves, like ships, Vaporia.

The houses on the ships were high ceilings adorned with frescoes, marble balconies, wooden floors and carved wooden doors. It was the prestigious quarter of the city in 19th century. Here, the richest people of Syros have lived, the vaporierides and the industrialists.

Among the rocky coasts of the quarter Vaporia are formed small beaches suitable for swimming. The houses in the area belong to three generations and their history records these social upheavals. From the first generation, until about 1840, very few survive.

In the prestigious neighborhood Vaporia dominates the imposing church of St. Nicholas of the rich, as it is usually called, with the trunks bells.