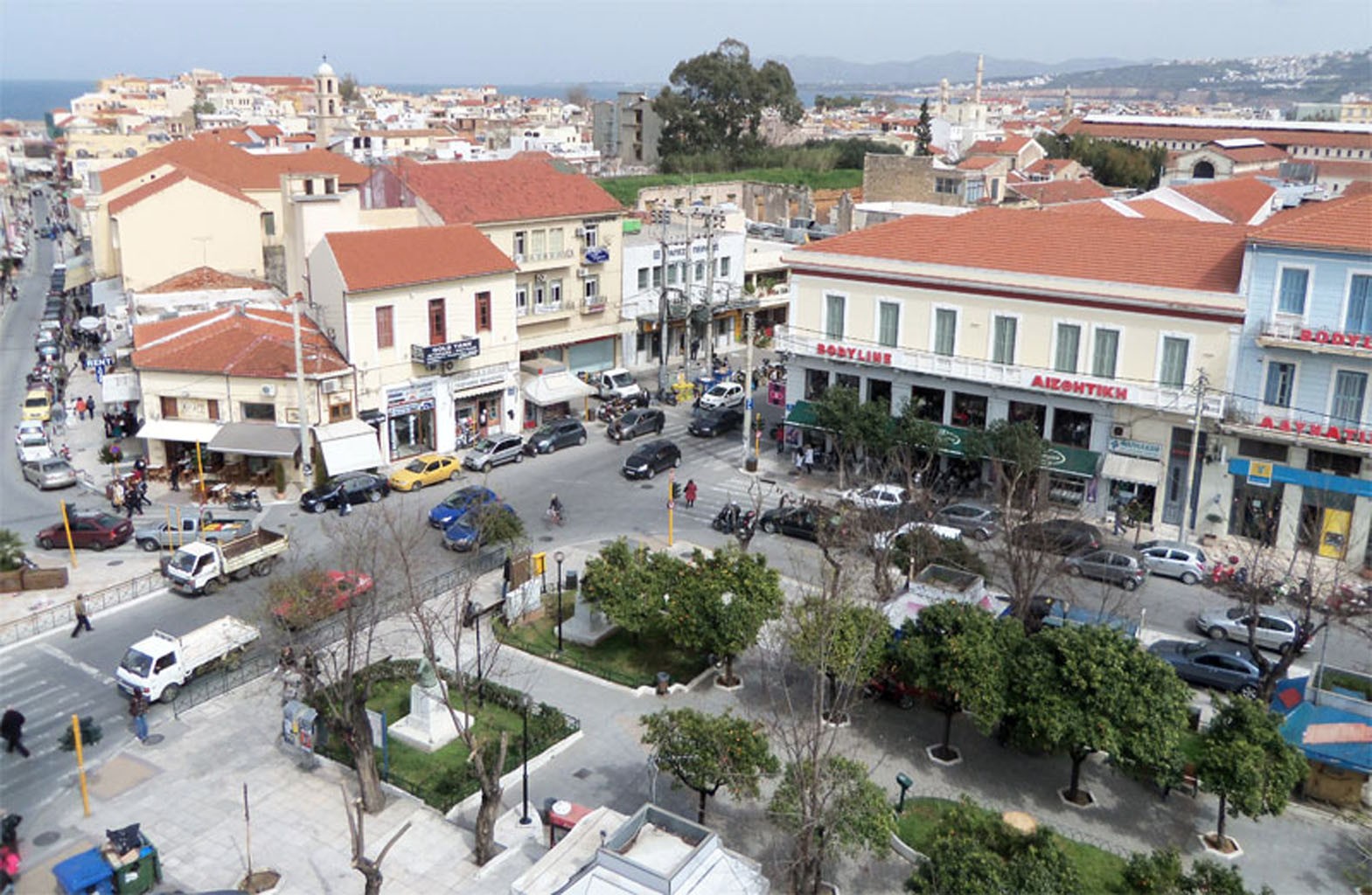 1866 square, was named in honor of the great revolution of the Cretans (1866 to 1869) against the Turks, which culminated with the holocaust of Arkadi.

It is located immediately after the end of the old city in the southwestern part of the Venetian Walls. From the northwestern side of the 1866 square starts Halidon street, the main street of the old town leading to the Venetian Port.

The informal name of the 1866 square is “New Stores” and specifies the location and development of the surrounding area in recent years, with the expansion of the city outside of the walls. Previously, the area was part of the Ottoman cemetery (“mezarlikia”), which extends far to the west.

1866 square is one of the “green lungs” of the city. The busts of some of the prominent heroes of the Cretan revolutions dominate the square, while in the center of 1866 square, there is an elegant Arabic fountain.

On the 1866 square is the central bus station (Interurban Buses) of the city, with itineraries all over Crete and the largest cities of the country.