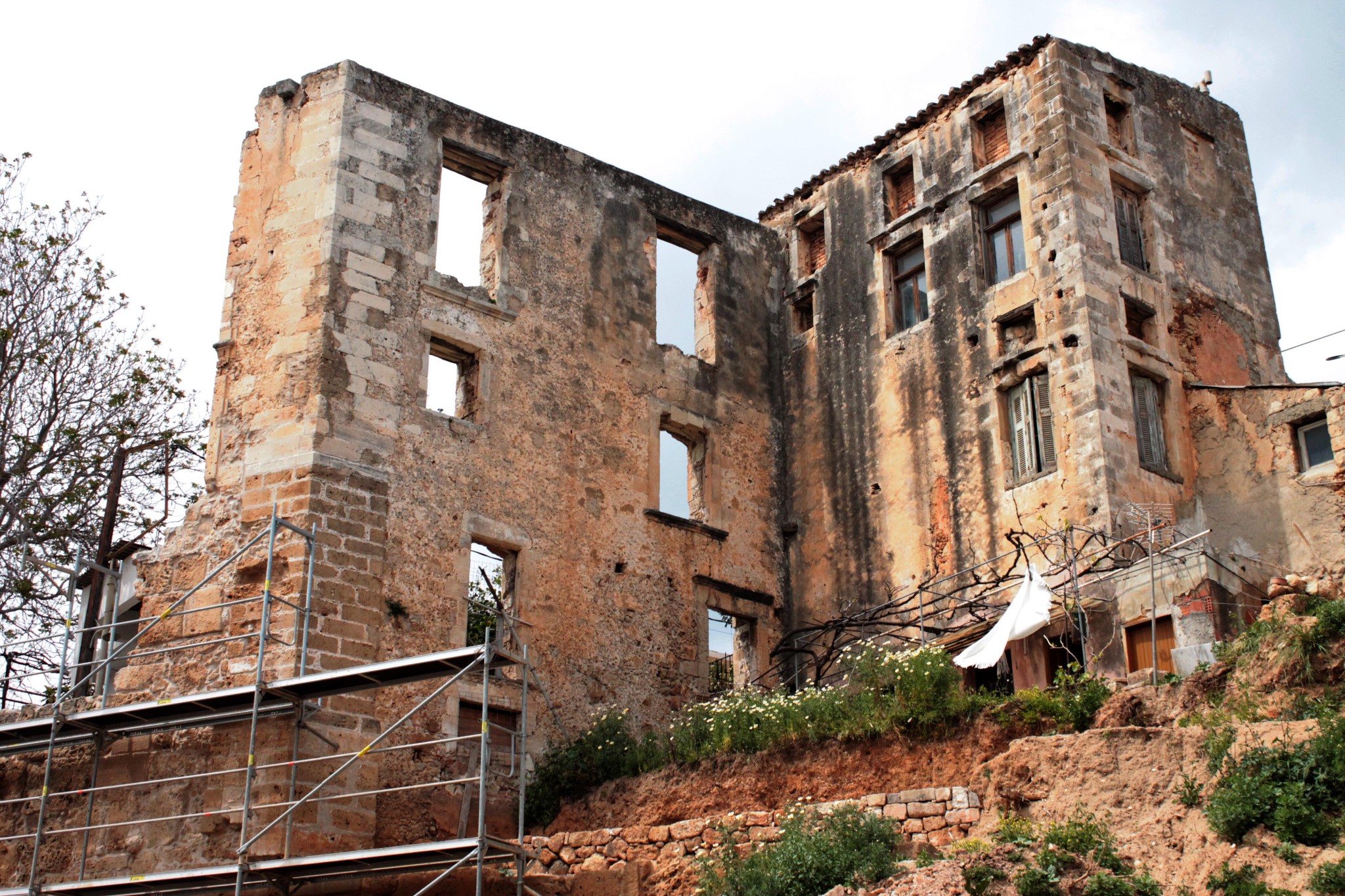 The Byzantine Wall was the initial fortification of the city of Chania, surrounding the settlement that was built on the hill of Kastelli. It was founded over the remains of an older fortification, dating back to the Hellenistic period. Along the Byzantine Wall, which is rectilinear for its most part, there are small, rectangular and polygonal towers.

Nowadays, the Byzantine Wall is visible only in certain places because of the fact that its biggest part was covered by the residencies that were constructed in the region, after the erection of fortifications that made the Byzantine Wall redundant.

It is difficult to visualize the initial form of the Byzantine Wall, since its gates have been demolished. The two main gates were: the west gate at the Santrivani square and the east gate on the crossroad of the streets Kanevaro and Daskalogianni.

The other two smaller gates were located, the one to the south (on the convergence of the streets Katre and Karaoli-Dimitriou) and the other to the north, near the Turkish prisons.

The Byzantine Wall was constructed by stones found in the ruins of the ancient city of Kydonia.