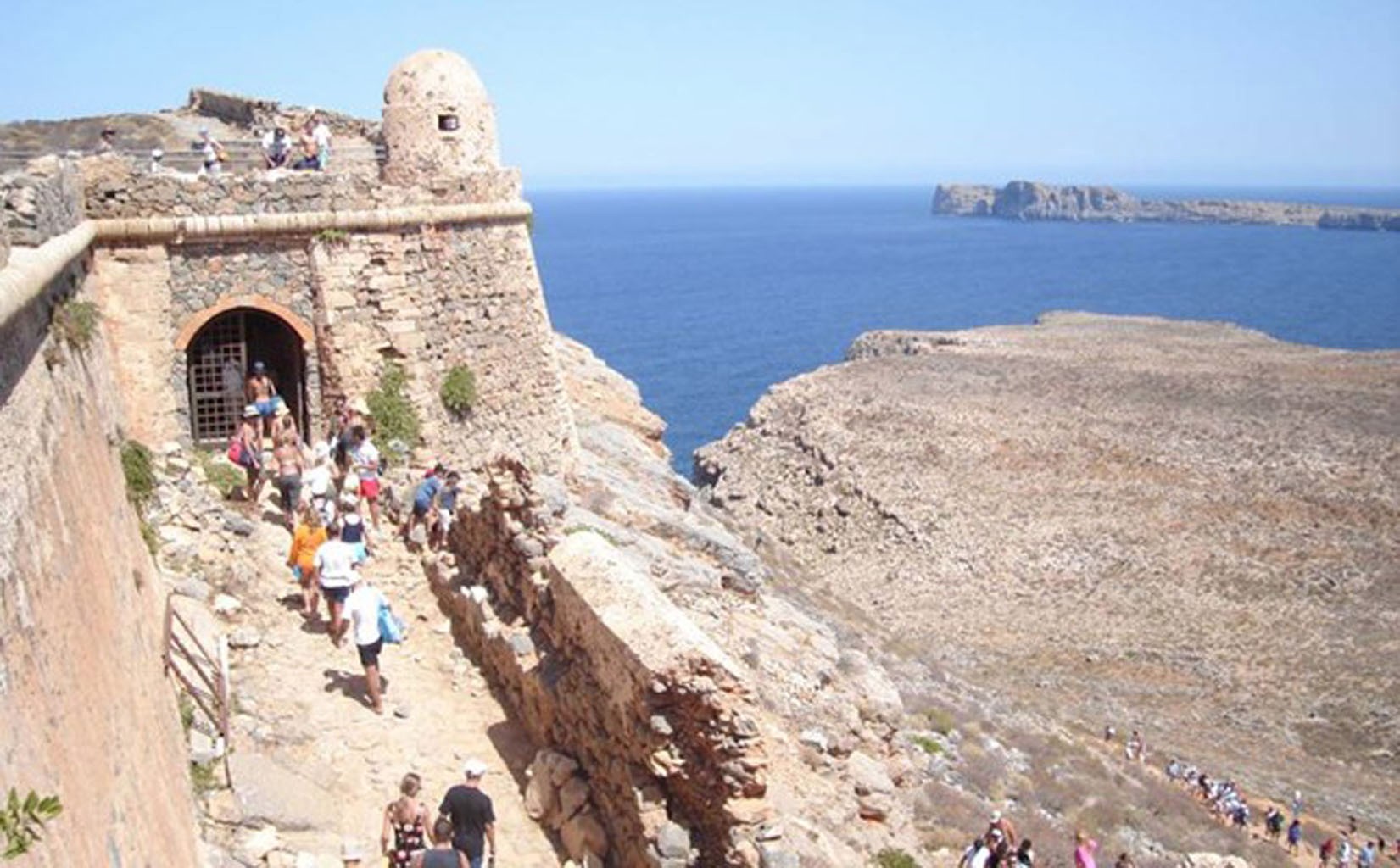 The islet of Gramvousa, in western Crete, hosts the remains of an imposing Venetian castle. It was built to protect the natural port of the islet, as part of the general fortification of Crete, which was attempted at the end of the Venetian rule.

The construction of the castle of Gramvousa began in 1584. It has an irregular shape, three sides with walls and bastions and the north side is covered by unreachable rocks.

A vaulted arcade constitutes the entrance inside the castle of Gramvousa, where you will also see two large tanks for the collection of rainwater, the remains of foundations of buildings, the Church of the Annunciation and a gunpowder storage, which was later converted into a mosque during the Turkish rule. The walls were built with limestone, a common local material.