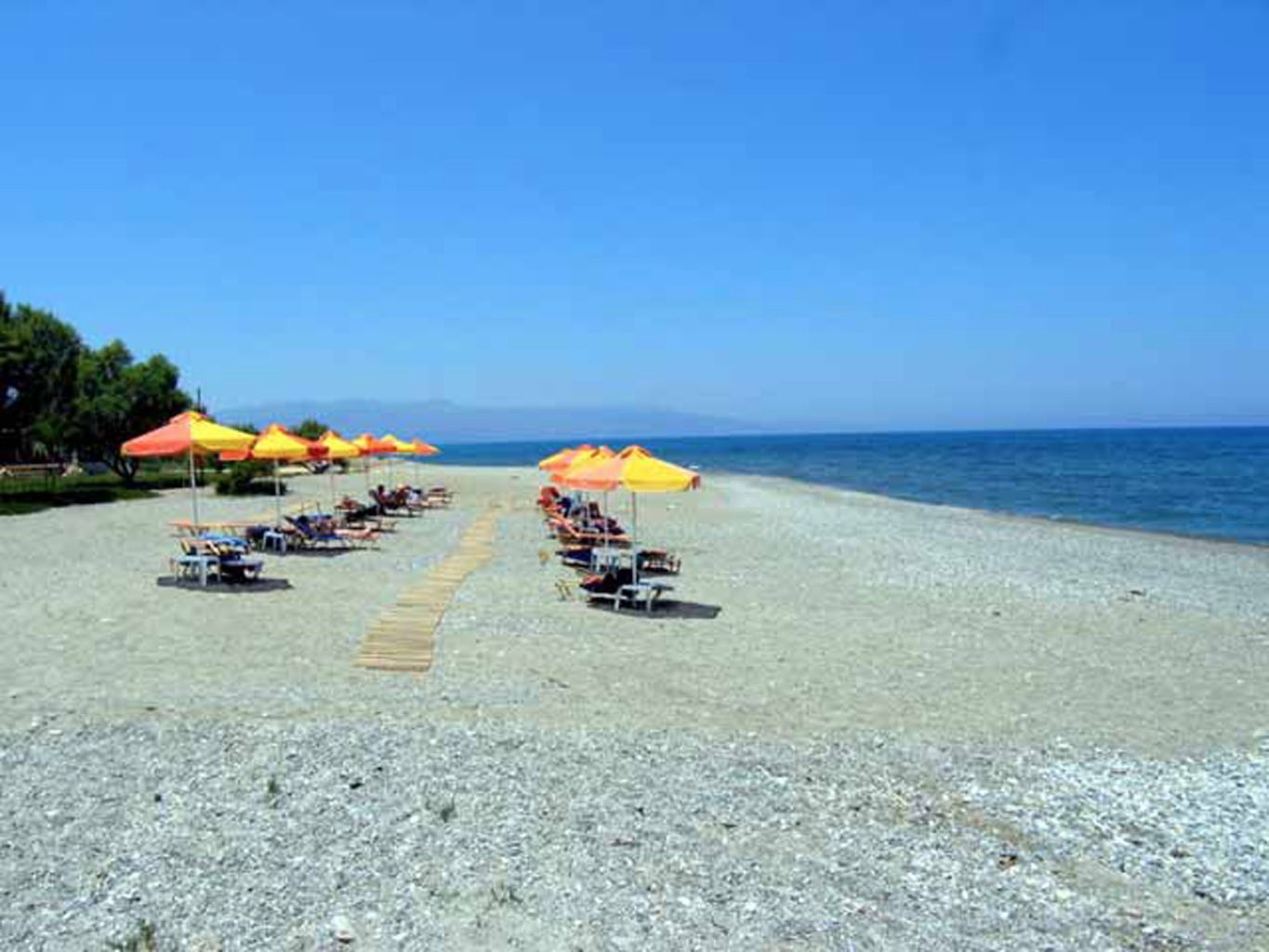 The stunning Gerani beach is situated in front of the beautiful village of Gerani, 13 km west of Chania, between the beaches of Maleme and Platanias.

Gerani beach is two and a half kilometers long with golden sand and crystal blue waters. Next to the coast you will find many tourist facilities. Gerani beach has umbrellas, showers, bar and a lifeguard. The trees that grow there will offer you their shade.

The sea turtle Caretta Caretta also prefers Gerani beach to lay its eggs. If you are there in the spawning period, since it coincides with the summer season (May to June) it is very likely to see turtles on the shore or at sea. So be careful when you walk on the beach in Gerani, because there might buried eggs in the sand.

Gerani beach was named from the simple method of pumping water from the wells, used in the village: next to the wells was a horizontal piece of wood, at one end of which a bucket with a rope was tied, and on the other end a rope with counterweight.