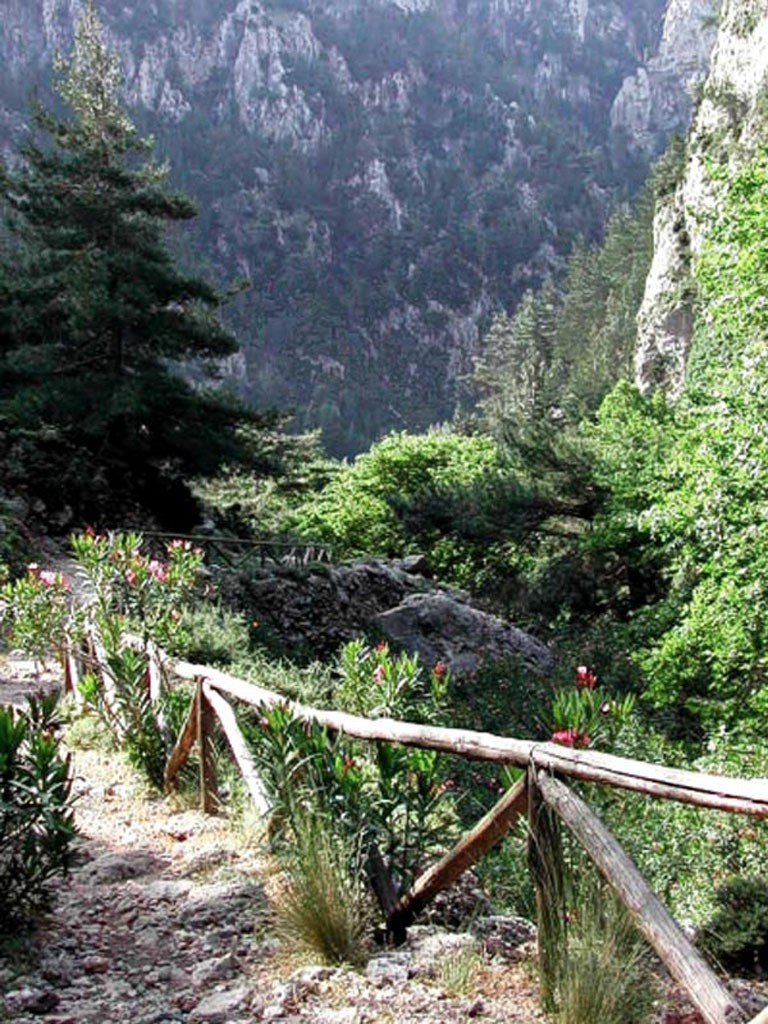 Its total length is about seven kilometers and is part of European path E4. It is easy to traverse it, since there are signs and markings, showing the remaining distance to the exit, while at the entrance there is a map, which shows the entire route.

The Gorge of Agia Irini is a special habitat. It hosts the protected wild goats, various species of fauna and flora. It has even been included in the NATURA 2000 network and has been characterized as a Wildlife Refuge.

The river Ageriniotis flows through the Gorge of Agia Irini. The hikers will find two sources of water at the entrance and exit of the trail, while in the middle there is a forest outpost.

Leaving the Gorge of Agia Irini, there is a tourist canteen and walking for another few kilometers to the beach of Sougia, you will find taverns, rental rooms and small hotels.