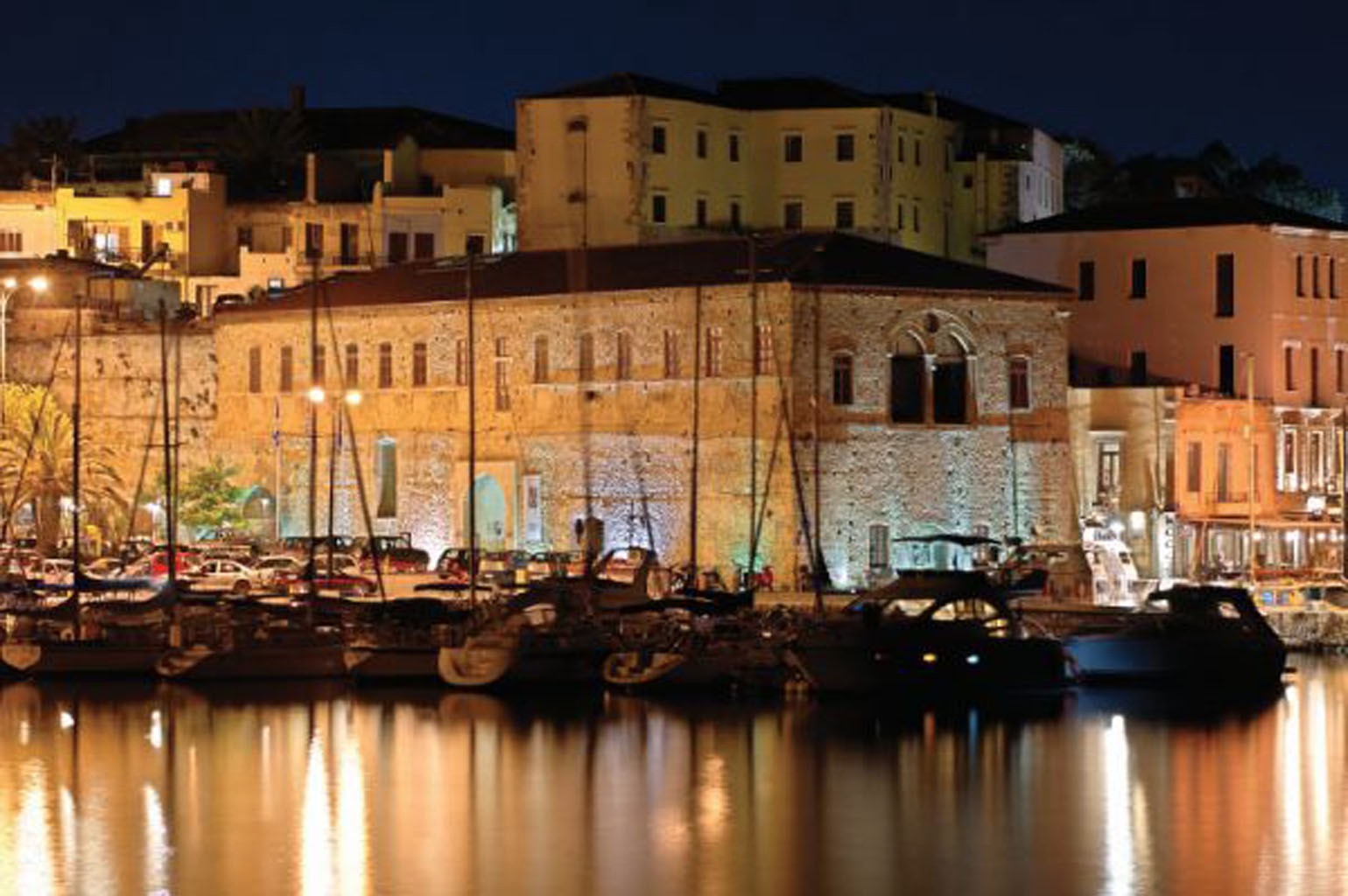 In the Old Port of Chania, the last of the dockyards to the west, is the Grand Arsenal, which stands alone,separate from the rest.

Although its construction had already been completed in the 1600’s, its systemic utilization as a functional building did not start until the mid-19th century. In 1872, a second floor was added to the building and since then, the Grand Arsenal was used to house the Christian School, theatrical performances, municipal hospital, and the City Hall of Chania, for more than a decade, since 1928.

During the German invasion, the Grand Arsenal was bombed and suffered serious damage that prevented any other use.

In the end of the 20th century, the Center of Architecture of the Mediterranean in Chania, decided the restoration and regeneration of the Grand Arsenal that was completed in 2002. Since then, the Grand Arsenal of Chania operates as a space for events, hosts conferences and seminars, theatrical performances, workshops and concerts.