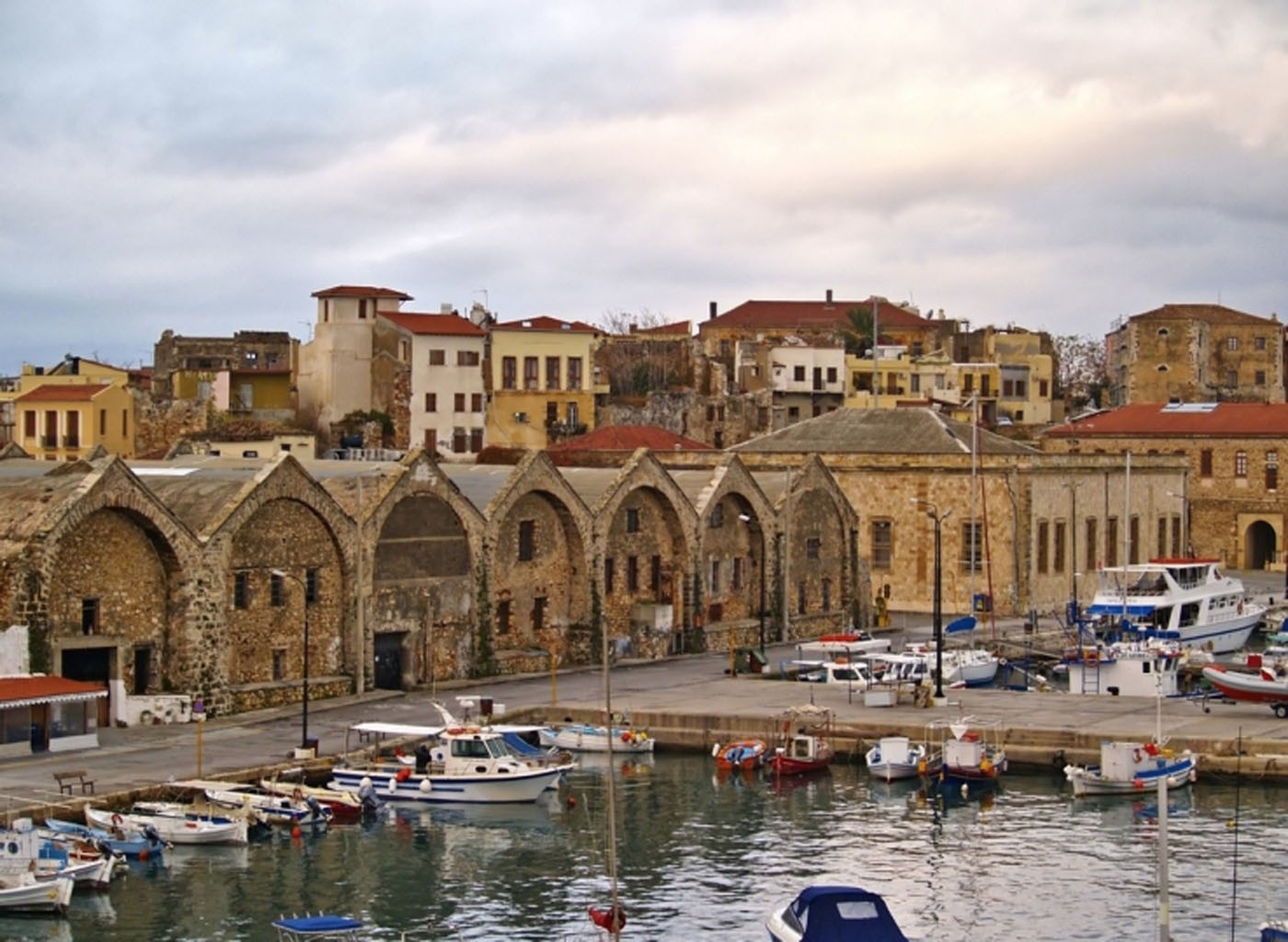 In 1599, the complex consisted of 17 Dockyards, while later the construction began on further five to the east of the port of Dockyards of Moro, named after the responsible Provveditore Generale.

The Venetian Dockyards were large stone structures with arched facade. Open to the sea, to enable the ships to enter the dockyards without obstacles, domed chambers and communicated among them with arched openings in the interior walls. They closed with a wooden door, while the access to the Venetian Dockyards was realized by a majestic gate at the end of Daskalogiannis street.

Each dockyard has a length of 50 meters, width 9 and height 10 meters. Overall, there were 23 Venetian Dockyards in the old port of Chania:

• 5 in the assembly of Moro in the east,

• 17 on the north shore of the harbor and

• The Grand Arsenal, separate from the rest, a little further west.

From the Venetian Dockyards seven consecutive domes and the Great Arsenal and two docks in the complex of Moro at the inlet port are still standing. The marine access no longer exists, after the construction of the waterfront.

The main gate is now leading to one of the two squares created after the demolition of the Venetian Dockyards. Right next to it the stone building of the Port Authority of Chania and another square was constructed.