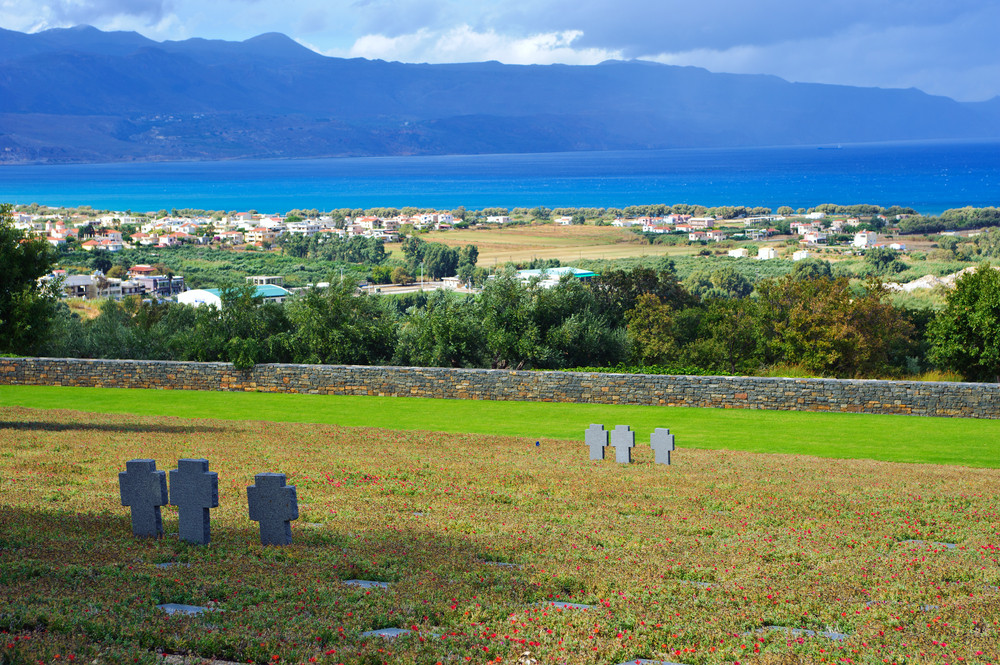 Maleme, a historical place located 19 km from Chania. The airport, located there, was the landing point of the German paratroopers during the Battle of Crete in 1941.

The Germans encountered there heroic resistance from the local population and the allied forces and finally managed to occupy the airport after several losses.

The 4,500 German paratroopers who died at this location are buried in the German cemetery which is located on the hill above Maleme. Outside Maleme, near the bridge of Tavronitis, you can also admire the monument in honor of the fallen airmen of the RAF who were killed in battle.

The residents of Maleme are currently occupied in the cultivation of oranges and olives and in tourism. The beautiful sandy beach of the village, which is longer than 1 km and essentially constitutes an extension of the long beach of Platanias, has significantly contribute in the development of tourism.

The high quality of tourist services in the area, with the bigger and the smaller modern hotel complexes, as well as the taverns offering fresh fish and Cretan cuisine, sort Maleme among the most popular destinations of Crete.

The designation of Maleme is believed to originate from the word ‘malama’, meaning gold, perhaps because of the gold mine that used to operate there.