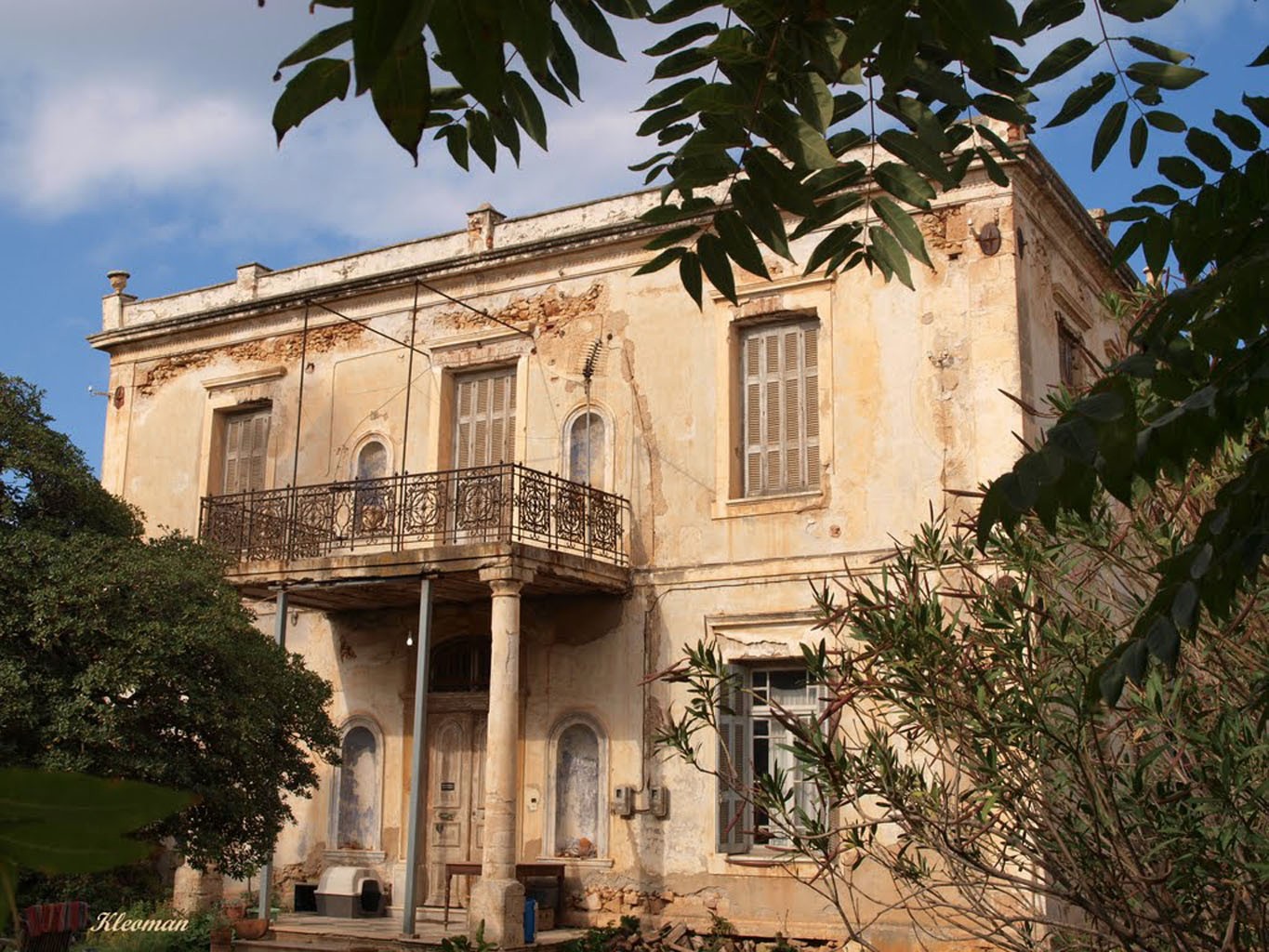 The Palace is located in Chalepa between Venizelos residence and the French School. The Palace is a typical example of a mansion from its era, built in 1882 by the rich merchan Themistocles Mitsotakis, related to the father of the ex Prime Minister Constantine Mitsotakis.

The exterior wall claddings of the Palace are made from Penteli marble, the wood used is cedar from Lebanon, and the rails of the balcony are made​ of crystal, as we are informed by Mrs. Emily Bletsa in her book “Chania outside the Walls”. In the interior, on the ground floor are the reception rooms and kitchen, while on the first floor are the private rooms. Each floor is 250 square meters.

In 1898, when Crete acquires autonomy, a ruler and Constitution, Prince George comes to Chania as High Commissioner of Crete. This mansion was selected as the most suitable for his residence. For this reason, it is called to this day a Palace.

After the departure of Prince George in 1906, the Palace was the residence of the next High Commissioner Alexander Zaimis, who made ​​several changes both outside and inside the building.

From 1940 to 1957, the Palace housed a military hospital; while during the Occupation it was commandeered and used as headquarters by the Germans.