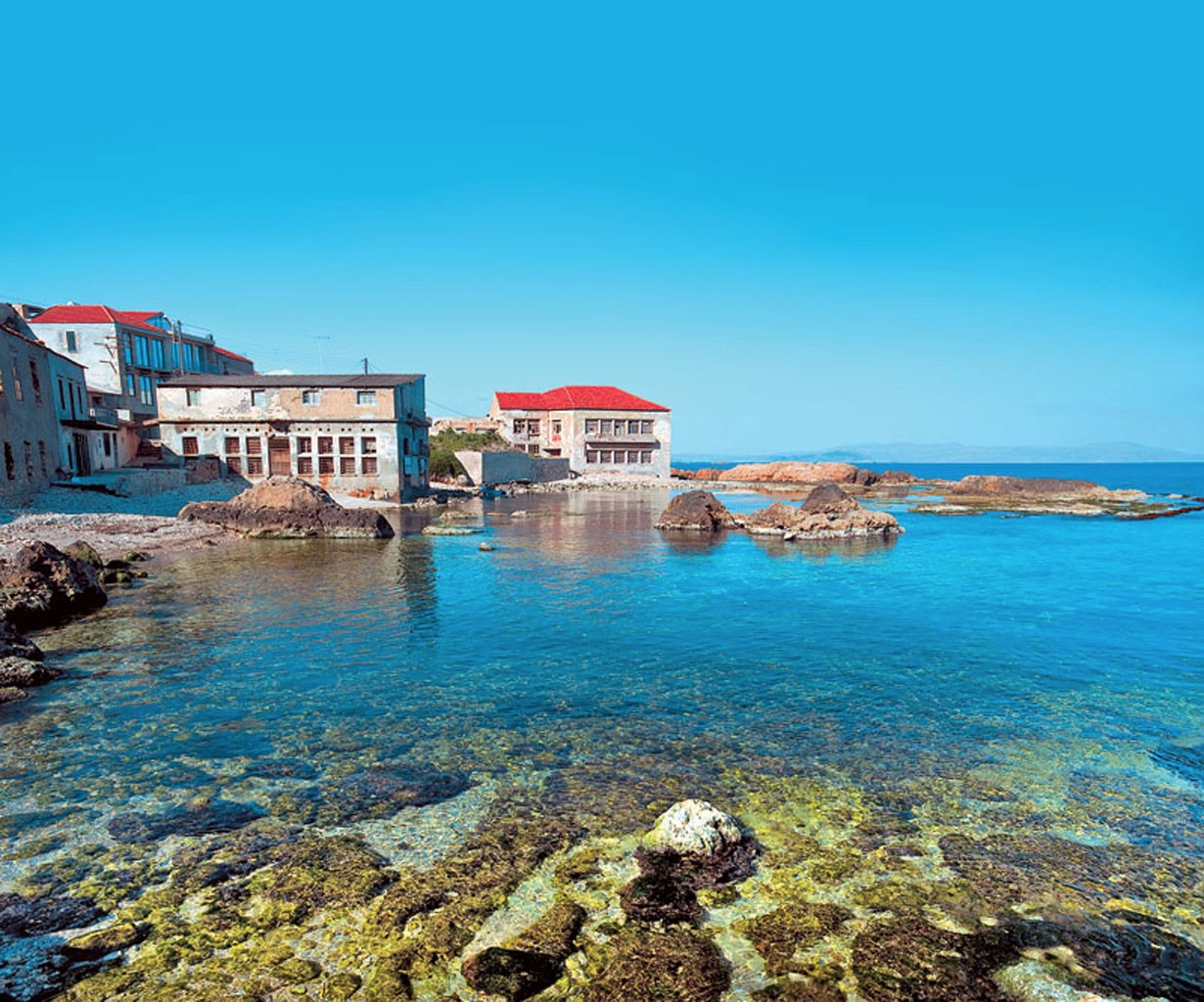 Tabakaria, situated in the rocky eastern region of Chania, is the district where, since the early 19th century, the tanneries for processing leather were located. It is a very atmospheric region, an architectural monument of the industrial age.

The installation of tanneries happened between 1830 and 1840, during the period of the Egyptian Crete. The location chosen for the tanneries of Chania was the most appropriate: pretty far and yet near the city, in a place with abundant groundwater, brackish water, next to the shallow sea that was useful for the first stage of leather processing. During the 50s, there were more than 80 tanneries, while today only six still operate.

Tabakaria is an integral part of the history of Chania. The buildings where they were housed are still standing, some more well-preserved, while in the older ones only the shells are left standing. Adapted to the natural inclinations of the landscape, the tanneries of Tabakaria have only a ground floor with an entrance from the street and two or three floors from the side of the sea. Built with stone and tiled roofs, they are arranged in a row and interrupted only by very narrow passages with steep stairs to the sea, creating a unique architectural ensemble.

Tabakaria district extends from the coastal part of Vivilaki street to the east, to the area of Agia Kyriaki.