The vaulted tomb of Maleme 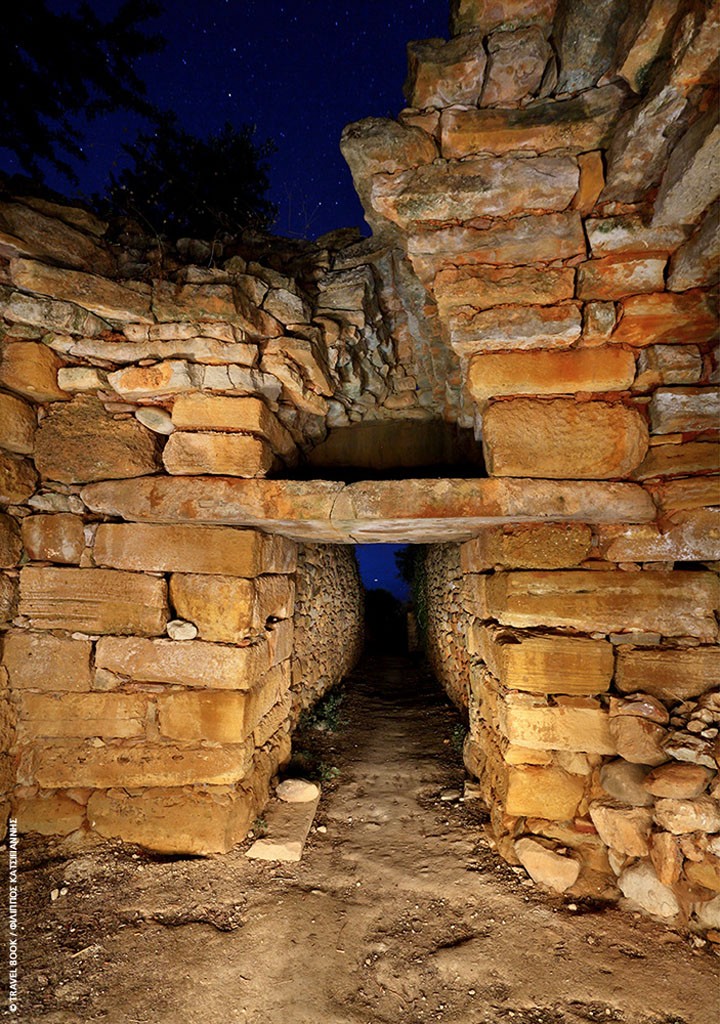 The Late Minoan tomb is located at “Kafkala”, a location near Maleme, almost 17 kilometers from Chania. The vaulted tomb of Maleme is one of the most well-preserved Minoan tombs in Crete.

The building belongs to the second Late Minoan period and came to light by chance, during some excavations in the early last century. In 1943-44, the bombing during the Battle of Crete caused significant roof collapse and the backfill of the chamber of this vaulted tomb. As a result, it was absolutely necessary to be restored. The process of restoration started in 1970 and gave the monument its current form.

The burial chamber in the vaulted tomb of Maleme was carefully built of boulders of limestone and had a maximum height of approximately 4 meters. The floor plan is square in shape and it appears to result in a pyramidal roof.

Visitors that come to the vaulted tomb of Maleme have to cross a short path ‘hidden’ in the olive groves that starts from the road. After this path, there is the hallway that leads to the gate of the tomb.

The imposing gate of 4 meters height, results in turn in the impressive vaulted “hall of the dead”, through the hallway of the monument.

The vaulted tomb of Maleme is located very close to the historic battlefield of Maleme and to the German Cemetery.